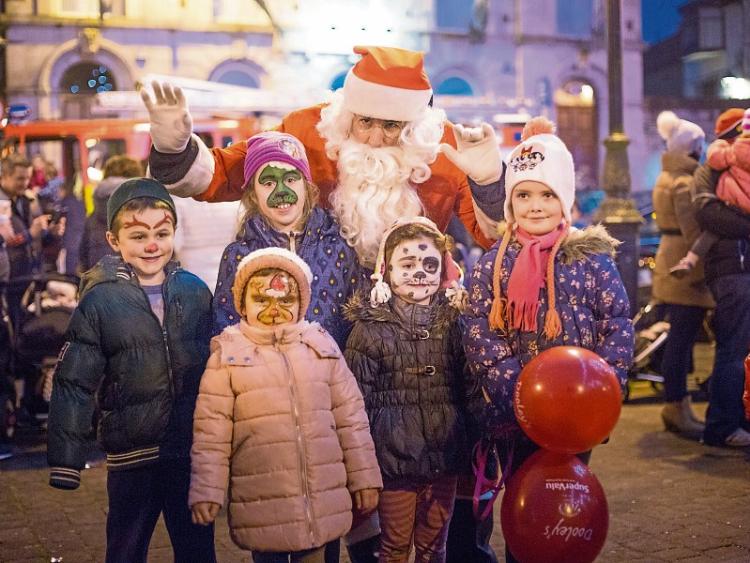 CHRISTMAS cheer got off to an early and enthusiastic start in Newcastle West on Saturday when the Christmas lights were turned on.

Crowds thronged the square for the ceremonial switch on, performed by the chairman of the Newcastle West Municipal District, Cllr John Sheahan, with a little bit of help from Santa.

Surrounded by excited children, all agog to meet Santa Claus, in person, and with carols ringing in his ear, Cllr Sheahan officially ushered in Christmas and said he hoped the “lights will act as a beacon for prosperity and inclusivity for the county town and its hinterland.”

On Saturday also, a spokesman for Limerick City and County Council confirmed that the council had bought the lighting system system for €65,000 and transferred them, for €1, into the ownership of the Newcastle West Lighting Committee, made up of members of the Business Association and the Chamber of Commerce. 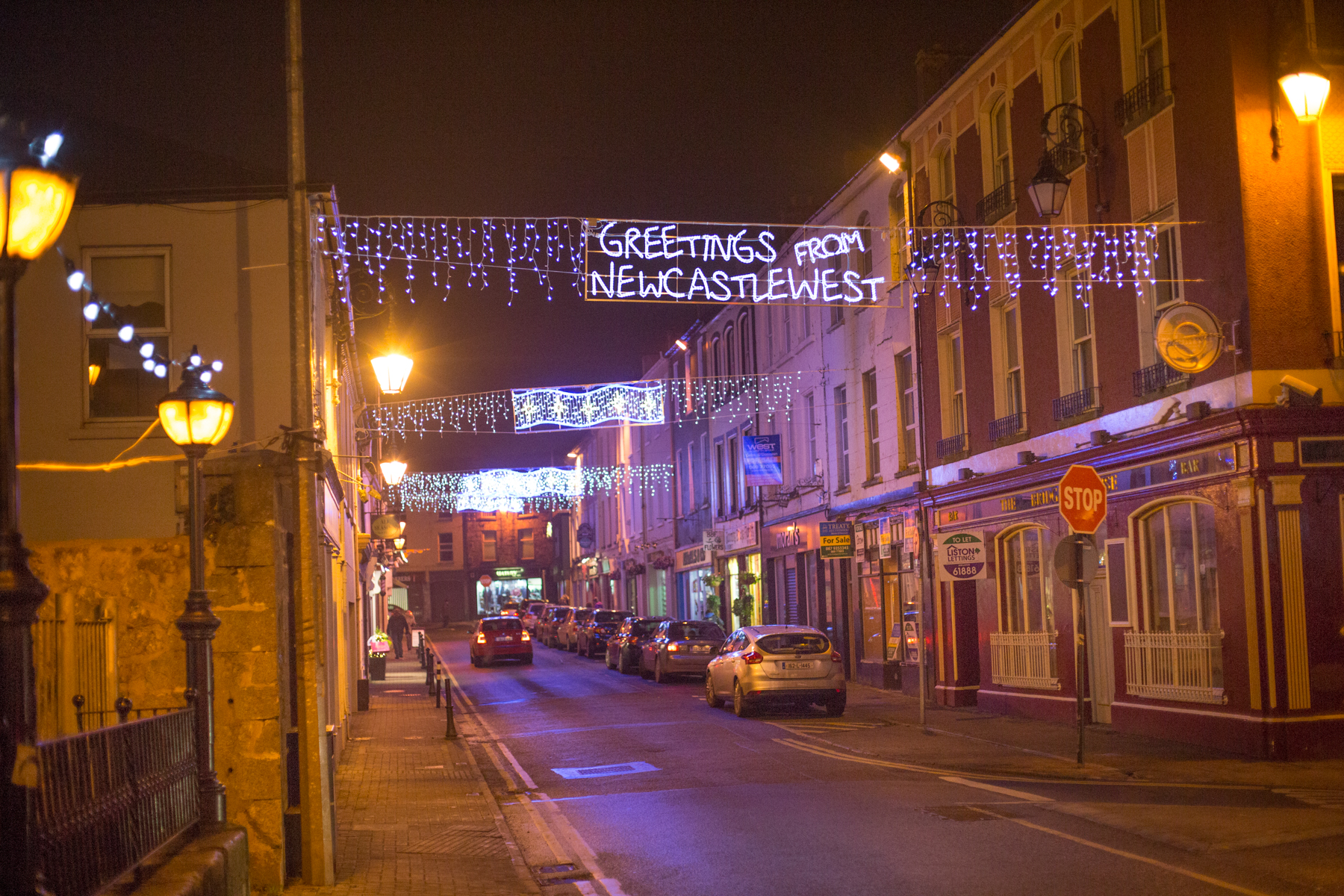 “The uncertainty about the lights has now been taken out of the picture with the purchase of the lights and the handing over of them to the Lighting Committee. As chairman, I was delighted to make that proposal and to get the support of my fellow councillors,” Cllr Sheahan said.

Seamus Hunt, member of the Newcastle West Lighting Committee said: “The committee is delighted with the outcome and support we have received from the council.

"I think it’s an excellent example of what can be achieved when groups come together and work with the council. Look at what we have down for the town.

"It’s a major step along the way but we need to continue to raise funds and get the support of the business community and the wider public to maintain the lights into the future.”