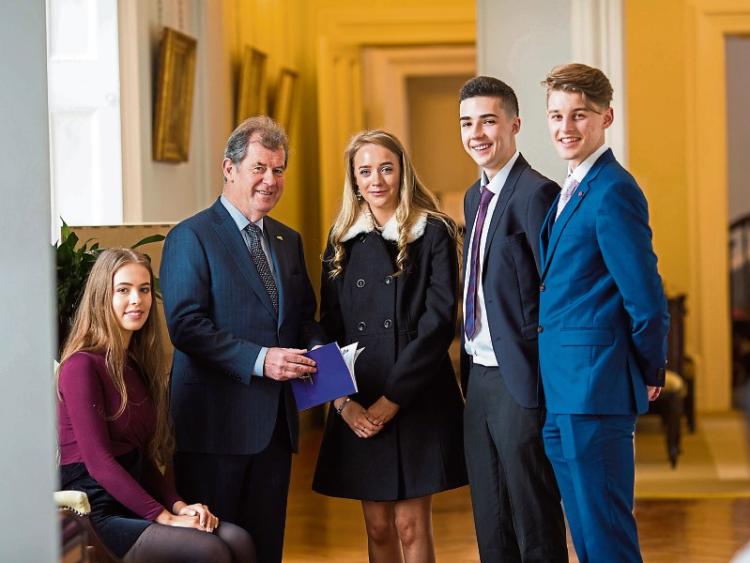 Mr McManus was responding to a question from the Limerick Leader about how he saw Limerick as faring in terms of its profile and economy, if he thought it was a city and county on the rise?

“I think Limerick has come a long way; the powers that be, the police and the council, they have done enormous work in tackling the problems from the top and I think they have been very, very successful,” he said, speaking last Saturday before the All Ireland Scholarship awards, which he has backed to the tune of €30m over ten years.

“It is up to all of us to bring it from the bottom up, to meet them halfway. I think they have done a fantastic job and if we can do as good, with the amount of people, we can (help),” he said, a reference to the Team Limerick Clean-Up that JP has backed, along with Paul O’Connell and Helen O’Donnell – plus the council and the Limerick Leader – that saw over 14,000 people come out on Good Friday to pick up litter in their community.

“There was an old golf coach, he died two years ago – he was a great friend of mine, Bob Torrance,” continued JP.

“Most golf coaches you go to have a way of telling you something, they will tell you your stance is wrong, your grip is wrong, positioning. But Bob had a different approach. He would look at somebody, find out one thing that was good and he would make it better and better and better.

The TLC initiative has been short-listed in the sustainability and environment category at the upcoming European Excellence Awards in Berlin, which JP plans to attend.

He said: “It is a strange thing, but rubbish is a common denominator. People might be a little bothered to have to go on stage to do something, but to come out and pick litter, they are willing and they bring the family along and thankfully it is going from strength to strength.

“We had the idea between us, Helen, Paul and myself and we get great support from our partners and they are all looking at ways of making it better next year than it is this year.

“To be nominated for this European award, we are the only Irish entry that has got to the last five. So we are going to go out to Berlin on December 8 to see what happens.

“But to get there, as far as we are all concerned, I think it is a win anyway, it is a win win at this stage. So we are very happy.”