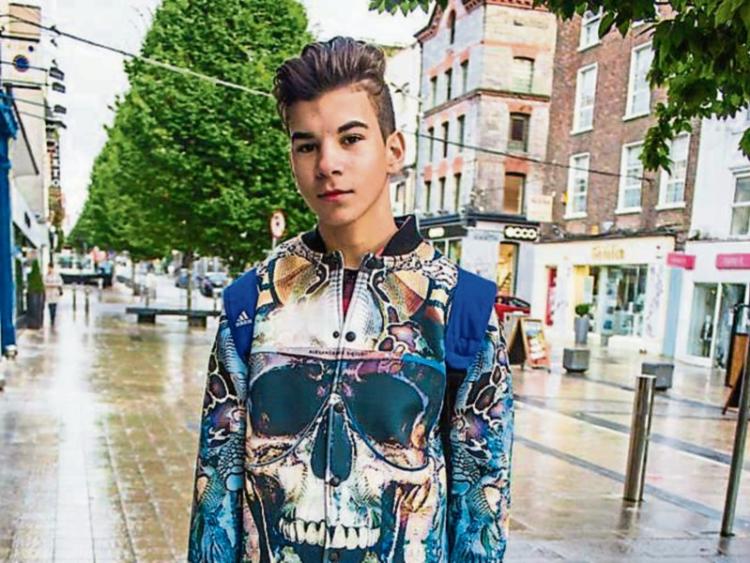 A LIMERICK teenager has become one of Ireland’s most famous online personalities, having just surpassed 1m subscribers on YouTube.

Seventeen-year-old Vlad Mare from Raheen hasn’t yet completed his Leaving Cert, but he has already made a career for himself on the video sharing site.

His one millionth follower clicked ‘subscribe’ on November 5, and in the three weeks since then, another 17,000 have joined the party.

“I feel great. It happened really fast so I didn’t really have time to let it all sink in, but I think it’s amazing, and I’m so surprised by it.”

A sixth year student at Salesian Secondary College Pallaskenry, Vlad’s growth online has been swift. Going under the name VladTeeVee, he started his YouTube channel in 2015.

“I started in July last year, and it only started blowing up six months ago,” he said.

“Last Christmas, I remember I was sitting at home and I was so happy because I had hit 10,000 subscribers.”

Vlad is dark horse in the online influencer world, and his rise to Youtube fame has gone largely under the radar in Ireland, as his videos are not region-specific. Combined, his videos have racked up almost 100m views.

The Romanian-born teen creates reaction videos, an entire genre on Youtube that sees a person reacting to other viral videos in real time.

Reaction videos draw viewers for the personality of the presenter. Vlad’s popularity is a testament to his gentle and unassuming nature.

His signature sign-off encourages viewers to “stay beautiful, smile and be happy”.

Although most of his fanbase is abroad, he still gets stopped on Limerick streets — and in the school corridor — by eager fans looking for a selfie.

“I thought they were all abroad at the start, but I go out now in the Crescent or town and there’ll be some really young people asking to come take a photo and stuff, which I think is insane,” he said.

“In my school it’s mainly the first years, the ones who didn’t know me before this year. I think it’s cool, you just have to be humble,” he added.

Although currently preparing for his Leaving Cert, Vlad has already carved out a career in online content-creation.

“My parents were really supportive from the start. They knew what it was but they didn’t know it could get this big, and they’re absolutely happy for me, always encouraging me.

“It’s crazy, it starts off as a hobby but then without you knowing, it’s a career. It’s something that I love. I’ll definitely keep doing it,” he said.