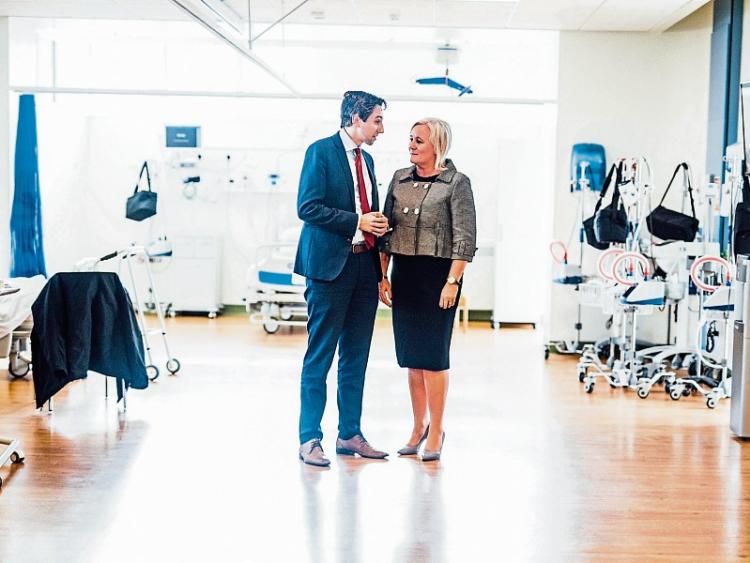 FOLLOWING confirmation that a superbug was a contributing factor in three deaths at University Hospital Limerick, management have moved to reassure the public that they have “total control of this problem”.

But UL Hospitals Group’s chief clinical director, Dr Paul Burke has said that UHL’s infrastructural issues “are always a challenge”, and that it is seeking HSE capital funding for a 96-bedded block to increase space for patients to be treated in isolation.

“That is a political thing that we are pushing. We would like the whole community to really take that on board, and support us at a political level in seeking that extra accommodation at the hospital.”

The Irish Times this week reported that a HSE staff member alleged that up to 30 patients had died after contracting the multidrug-resistant superbug CPE between 2009 and 2015. This claim was robustly repudiated by the UL Hospitals Group.

A spokesperson for the hospital said that the bug was a “contributing factor” in the deaths of three patients. While it was associated, it was not the primary cause of death, with 24 other patients.

In total, there were 92 CRE detections over the past seven years.

“And we had to isolate them altogether. From that group of patients, at that time, we had three patients dying; two from blood stream infection, and one from a very, very nasty skin infection. But since that time, we have had no specific deaths from this specific superbug.”

In relation to the 24 other fatal cases, Dr Burke said: “We cannot say, and no one can say, that they died and certainly we have no evidence to believe that they died specifically related to this superbug. We all have lots of bugs in our systems, but you can’t say someone died from them,” adding that a number of patients would have had congestive heart failure, or pneumonia, and other problems.

“If these people are elderly people and a number of them were in nursing homes, etc, lots of people would have, what we call, ‘comorbidities’. They have lots of different things contributing to the thing. You can’t come along and sensationalise because they have this bug, which potentially is a difficult bug.

"But in those particular cases, it was not the specific cause of death. You cannot go around and say that this was the cause of 30 deaths. I would defend that to the hilt”.

For more than two years the Health Information and Quality Authority’s has been calling for sufficient isolation facilities, in order to contain the spread of infections and to provide best practices, at UHL.

It is understood that in turn, for a number of years, the UL Hospitals Group has sought HSE capital funding for the multi-million euro facility to provide this. It has made a funding bid for 2017 and “looks forward to a favourable outcome”, the Leader understands.

In July, the HIQA  published a review of antimicrobial stewardship in nationwide public acute hospitals. In this review, HIQA examined the outbreak of superbug CPE [Carbapenemase-producing Enterobacteriacae] at UHL.

Following an unannounced inspection in November 2014 and re-inspection in January 2015, the hospital informed HIQA that a “certain small proportion of the patient population in the hospital’s catchment area are chronically colonised with CPE”.

In July 2014, HIQA requested that the UL Hospitals Group “escalate this risk through HSE risk management reporting arrangements”, so that there could be “full visibility” of the problem.

In 2015, HIQA called on the HSE to provide “all necessary supports” to UHL in order to contain the superbug outbreak. Earlier this year, the health watchdog acknowledged that the HSE “has significantly invested” in upgrades, such as the new cohort unit with “some single-room capacity”, which opened last October.

However, it stated that despite the hospital’s progress, UHL “still has insufficient isolation facilities and the ongoing poor infrastructure in some other areas in the hospital (for instance the emergency department), does not facilitate strong and reliable infection prevention and control practices”. The new A&E is due to open in May 2017.

Currently, there is only one CPE carrier of the superbug at UHL. Carriers do not necessarily show signs or symptoms of infection.

Dr Burke said that, since September 2015, there has been a 40% reduction in the superbug detections. HIQA has commended UHL for the “progressive way” in which it has screened potential CPE carriers.

HIQA stated in 2015 that “persistent overcrowding” at UHL, especially in its emergency department, “contributes to the difficulty in managing this risk” of CPE. INMO’s Mary Fogarty said that overcrowded wards “exacerbates any ability of nurses to manage infected patients”

CPE are bacteria that reside in the bowel which, while harmless in most patients, can cause serious and sometimes deadly infection in vulnerable patients, including those receiving chemotherapy or in intensive care.