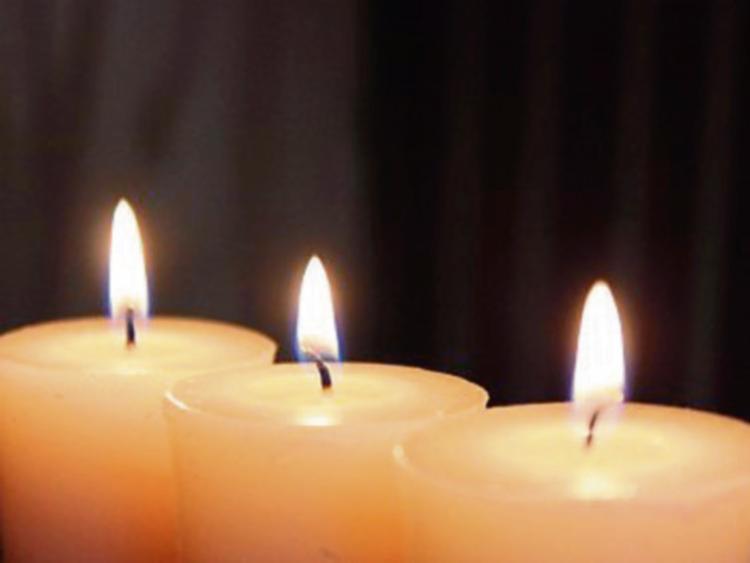 Reposing at Cross' Funeral Home, Thursday, from 5.30pm followed by removal at 6.30pm to St. John's Cathedral. Requiem Mass, Friday, at 11am with funeral afterwards to Mt.St. Lawrence (ext.) Cemetery.

The death has occurred of Mary Shaughnessy (née O'Brien) of Monaree, Gortlandroe, Nenagh and formerly of Patrickswell at home, surrounded by her family, beloved wife of Peter and loving mother of Tom, Jane, Margaret and Nuala.

Reposing on Thursday at her home from 4pm until 7pm. Funeral arriving on Friday to St. Mary of the Rosary Church Nenagh for Funeral Mass at 12pm followed by private cremation. Family flowers only, donations if desired to Simon Community.

The death has occurred of Geraldine McGrath (née O'Loughlin) of Carey's Road, peacefully in London.

Peacefully at Our Lady of Lourdes Hospital, predeceased by her husband Michael and brother Michael.

Reposing at her residence Wolftone Terrace, from 11am Thursday morning. Removal on Friday morning at 10.45am proceeding on foot to Saint Nicholas' Church arriving for Funeral Mass at 11am, followed by burial in Saint Patrick's Cemetery, Dundalk. Cortege will Drive from Church to Cemetery. after Funeral Mass