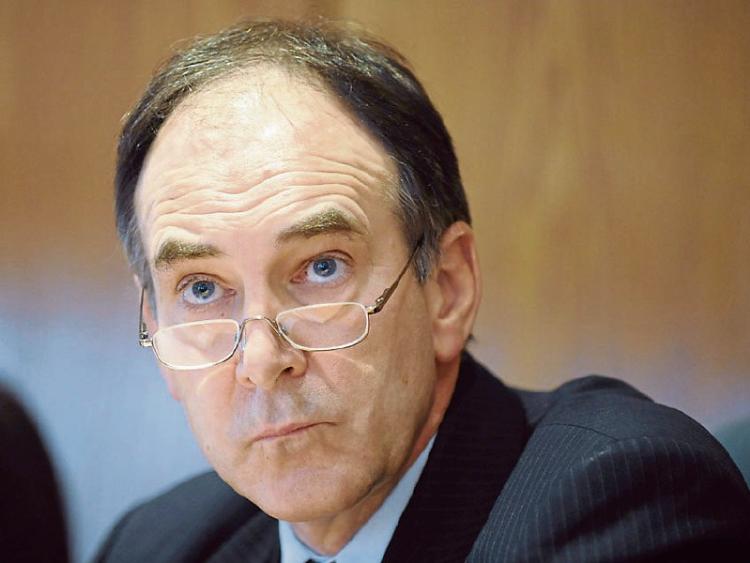 UNIVERSITY Hospital Limerick has admitted that a superbug has been a 'contributing factor' in three deaths in the hospital.

But, a spokesman said that while the superbug, CRE, was associated with, it was not the primary cause of death, in 24 other cases.

And chief clinical director with the UL Hospitals Group, Dr Paul Burke, has robustly defended the hospital as having the situation “absolutely 100%, (that) we have total control of this problem here in UHL.

“We have very vigilant microbiologists who keep a really close eye on things, and we actually picked up the first case of this superbug. This particular superbug is called KPC, in an isolated case, at that time someone who had come back from abroad. This was sent up to one of big hospitals in Dublin for their opinion on it as well.

“Basically, there were no guidelines at the time and we had to treat that patient in isolation, and we informed that patient, thereon, to be careful. But, basically, it came back and hit us in 2011 when we did have an attack of cases, and we had to isolate them altogether. From that group of patients, at that time, we had three patients dying; two from blood stream infection, and one from a very, very nasty skin infection. But since that time, we have had no specific deaths from this specific superbug.

“We have had a number of patients, and clearly a lot of these patients who have the superbug, are carriers. They are known to have the bug in their gut flora, and when we swab them that bug is then detected.

“The other patients who died, who happened to be carriers of this bug in their gut flora. But we cannot say, and no one can say, that they died, and certainly we have no evidence to believe that they died specifically related to this superbug,” said Dr Burke, speaking on Limerick's Live 95FM this Wednesday morning.

This follows allegations made by a HSE whistleblower that a multidrug-resistant superbug has been responsible for up to 30 deaths at the Dooradoyle hospital.

It is reported that a staff made a protected disclosure to Minister for Health Simon Harris, providing a list of 29 names who, she claimed, were multidrug-resistant positive and whose deaths were “associated” with University Hospital Limerick.

According to a hospital spokesperson, the superbug CRE [Carbapenem-resistant enterobacteriaceae] is a “particular problem” that exists in the Mid-West.

A report in Tuesday’s Irish Times alleged that there were failings to adequately fight an outbreak of infection, dating back to 2009.

It was reported that, despite a critical HIQA inspector’s report and the provision of a national infection control tea m to tackle the problem, new cases of these superbugs continue to occur in Limerick. The whistleblower has called for an external, independent investigation of the outbreak and of the reported deaths.

Responding to the claims, UL Hospitals Group stated that the management of superbugs through infection prevention and control procedures [IPP], including proper antimicrobial stewardship, is taken “with the utmost seriousness”.

Two statements were issued to the Limerick Leader in relation to the bug CRE [Carbapenem-resistant enterobacteriaceae], which it described as a "particular problem" in the Mid-West.

The spokesperson stated that HIQA reports published in 2015 and 2016 have shown that "UL Hospitals has been completely transparent in how it has managed and reported cases of CRE since the first detection in 2009 and escalated matters appropriately at a national level.

"Antimicrobial resistance is a growing issue for health systems internationally and what is happening in Irish hospitals is a reflection of this global phenomenon."

Over the past two years, UHL has undertaken a number of measures to tackle the superbug, including a €400,000 refurbishment of an inpatient ward to facilitate the IPP cohort ward; €300,000 ward refurbishment to address IPP infrastructural problems; significant investment in cleaning teams; deep cleaning measures following the discharge of patients;  and infrastructural issues and staffing deficits in the IP&C team are identified as "risks" on the corporate risk register and escalated appropriately.

"Given the concerns around our ward infrastructure at UHL, with large nightingale wards the norm in the older parts of the building, we have submitted a request to the HSE national capital group for funding for a new 96 bedded single block to address our accommodation difficulties and lack of adequate isolation facilities.

"We have also sought additional IP&C resources to ensure that further surveillance and follow-up of at-risk patients in the community is undertaken," the spokesperson said this week.

"UL Hospitals has developed a quality improvement plan in regard to CRE, a plan which incorporates much of the NHS Toolkit For the Control of CRE 2013. This includes an intensive screening programme; use of an isolation ward for newly detected or known positive patients to reduce the risk of cross-transmission; flagging all CRE positive cases and CRE contacts through the management, surveillance and reporting software ICNet; and reporting new cases appropriately through our microbiology team.

"In addition UL Hospitals Group has introduced a preferred prescribing policy for antibiotic selections. Strict guidelines are issued to all NCHDs in relation to antibiotic prescribing in terms of first line and second line antibiotics. More complex antibiotics are referred to the microbiology team before they are prescribed.

"UL Hospitals Group continues to work through the issues identified in the recent HIQA report on Antimicrobial Stewardship. The Group has in place an Antimicrobial Stewardship Committee to guide progress and strengthen policy in this area. UL Hospitals Group will continue to work with HIQA and with the HSE nationally to ensure best practice is followed in this regard."

The spokesperson said that the affected patients included those "colonised" with CRE as well as those "infected" and to note the distinction between these two groups.

"Infection relates to the presence of micro-organisms in the body causing adverse signs or symptoms. Healthy people usually do not get CRE infections. These usually occur in patients in hospitals, nursing homes, and other healthcare settings. Patients whose care requires devices like ventilators; urinary or intravenous catheters; and patients who are taking long courses of certain antibiotics are most at risk for CRE infections.

"Colonisation relates to the presence of micro-organisms living harmlessly on the skin or within the bowel and causing no signs or symptoms of infection. Carriers may serve as an important reservoir for dissemination of CRE in healthcare facilities.

"Additionally prolonged carriage can occur after colonisation and patients colonized or infected with CRE may seek medical care in more than one hospital and serve as a reservoir that can facilitate the spread of CRE from one facility to another," the spokesperson explained.

- For full analysis of this story, see the broadsheet editions of the Limerick Leader, in shops this Thursday