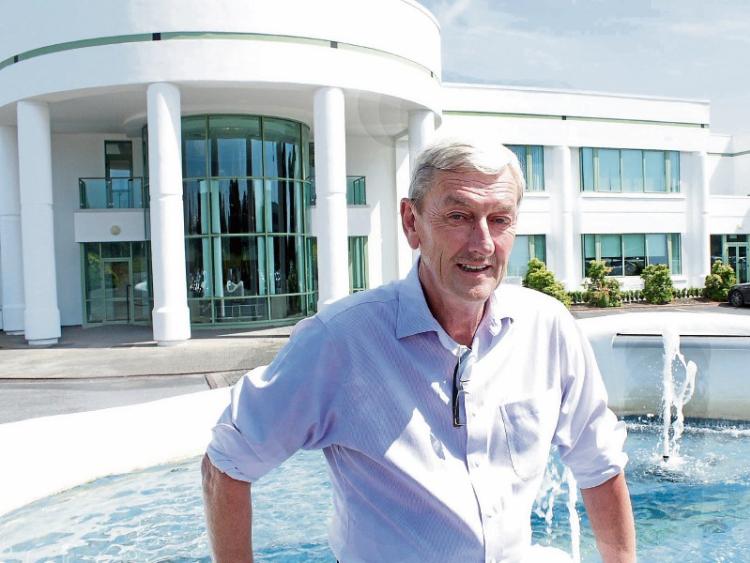 BOSSES of some of Limerick's biggest American companies have allayed fears of job losses under policies planned by Donald Trump.

Mr Trump – whose election as American president shocked the world two weeks ago – has pledged to aggressively cut corporation tax and introduce other policies to entice US multi-national firms to come home.

Limerick has a large number of companies which were founded in the United States, with around 8,849 people working in multi-national firms backed by the IDA.

A further 6,599 people are working at IDA-backed firms in Clare, including the Shannon Free Zone.

However, local leaders of Northern Trust, Uber and Cook Medical – which between them employ 2,000 people – have distanced themselves from fears of job losses.

And in a statement, Dell EMC has reaffirmed its commitment to Ireland, where it has operations here, plus Dublin and Cork.

Bill Doherty, managing director of medical technology firm Cook Medical, said: “I would say there is nothing to fear. Global companies are always going to remain global. It is difficult if not impossible to run a global firm out of one continent due to the sheer time zones alone.

“You need to be in Europe and Asia-Pacific if you are to be a true global company. Companies like Cook would stay in these continents as they as they are global.”

Mr Doherty feels that if Mr Trump did slash corporation tax to 15%, it could benefit Ireland, showing its 12.5% rate as being “a sensible and normal thing to have”.

“Mr Trump is talking about bringing back jobs to the rust belt where you’d have mining. Jobs in companies like Cook are not the kind of roles people in the rust belt are equipped to do. It doesn’t add up to me that a company would want to move part of its manufacturing back to that part of the USA, or any part,” the Rosbrien man continued.

Kieran Harte, the Ireland boss of transportation network firm Uber, which has its European headquarters in Limerick, also appeared to rule out job moves locally.

“Our jobs are specifically Europe, Middle East and Asia based, serving a part of our business outside the USA. It is not something we have thought much about at all to be honest. We are moving ahead with our development here,” he said.

Catherine Duffy, the manager of financial services firm Northern Trust, said she could not see any of her company’s jobs moving back Stateside.

“There are big set-ups here, there is a lot of infrastructure, there is a skilled labour force we have here. All of this has to be taken into account. We have a book of business to run, we have a client base to look after. Nothing is changing for us in terms of our growth trajectory, so for us it is business as usual,” said Ms Duffy, who is also the president of the Limerick Chamber.

In a statement released to the Leader, a spokesperson for Dell said: “Ireland remains a strategic location for the company – its close proximity to Europe, its English speaking workforce, and the quality of available talent are just some of the many reasons we can to Ireland in the first instance and why we remain committed 30 years later."

The chief executive of the Limerick Chamber Dr James Ring said while he does not believe the city’s current jobs at American firms are under threat, he believes the “gravy train” of new investments may ground to a halt.

“It seems the most plausible view is the companies which are already here will stay as they have too much invested. They cannot just up sticks and go home because a policy changes.

“We won’t see as much investment in the future though, if Trump brings in these measures. We might find it harder to get a new Regeneron or Dell.

“It is imperative if this level of investment slows, we must push investment from our own people and incentivise entrepreneurs in this country,” Dr Ring said.

But this claim was rejected by John Hartnett, the Corbally businessman who is based in the tech capital of America, California’s Silicon Valley.

“There is no question that if there is an attractive tax rate in the US, it is going to see companies create a value proposition,” he argued.

“On the other hand, if you’re a company based in the USA, you cannot do everything from California. You have to have talent in the European market, which represents 500 million consumers. Servicing this from the West Coast of the USA is not practical,” Mr Hartnett told the Limerick Leader from America.

Mr Hartnett, who was a high-profile supporter of Hillary Clinton, said Mr Trump was “coming out with simplistic soundbites while not thinking through the complexities of implementing them”.

He pointed out many of the jobs at American firms in Limerick are “not that transportable”.

Speaking recently to the Limerick Leader from Washington, where he was visiting as well as number of other US cities last week, finance minister Michael Noonan said “that is not being expressed here at all”, when asked if jobs in Limerick could be affected when Mr Trump becomes the 45th President of the United States in January.

Asked his own views on the election of Mr Trump, Mr Noonan said: “It’s up to the Americans to decide who their president is”.

He said he had not sought a meeting with the businessman, whom he met on a red carpet when he jetted into Shannon Airport two years ago.

“My trip wasn’t related to the election, it was arranged after Brexit. The trip is more of a follow-up to Brexit than anything else.”

But asked if Limerick could still benefit from jobs following Britain’s decision to leave the European Union, he said: “There is no diminution in interest. But there is nothing ready to announce yet”.

The IDA’s business development manager for the Mid-West, Niall O’Callaghan said: “The United States is, and will continue to be a major source of foreign investment into Ireland, and we expect US companies will remain a very significant part of Ireland’s FDI story.”

The Limerick Leader contacted a number of other American companies based in the city and county to ascertain their intentions following Mr Trump’s election.

Regeneron could not be reached, and Analog Devices declined to comment.