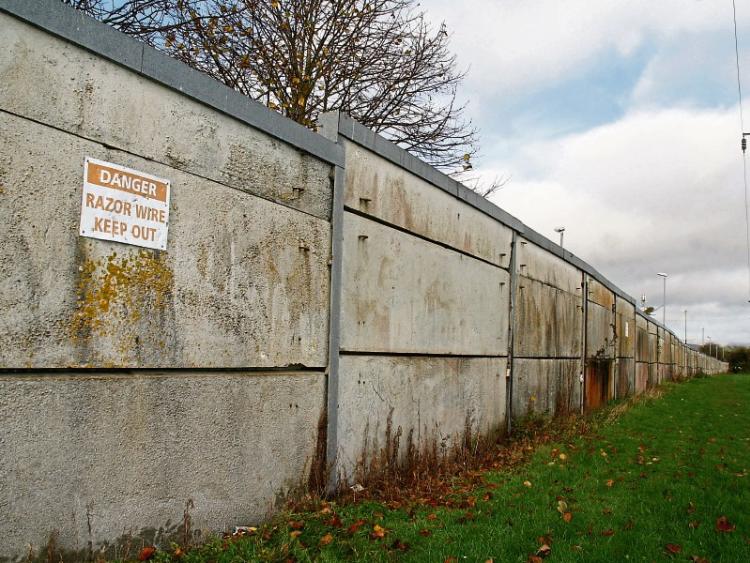 A petition has started to remove the wall in Moyross

INDEPENDENT Limerick councillor John Loftus has revealed he signed the petition in favour of knocking down the Moyross wall.

While members on the northside have not joined the online campaign – which has attracted over 125 signatures – Cllr Loftus, who represents City West, is fully supportive of the Moyross residents’ bid.

The petition, first revealed by the Limerick Leader, has sparked a huge debate both locally and nationally, with Niall Boylan on Classic Hits 4FM dedicating almost 90 minutes to the debate on Friday.

Cllr Loftus said: “Building walls between any two communities wherever they are in the world is only going to cause a divide. I remember the first time I was in Moyross and saw that wall and wondered what the hell it was for.”

The wall was erected some 20 years ago after a spate of anti-social behaviour.

But Cllr Loftus told the Limerick Leader he sees the 10-foot barrier as an overreaction.

“It's there as if people are going to sweep into Thomond Village and Caherdavin and rape and pillage. It's not a fair reflection of of Moyross. We are told how dangerous the place it is - people need to get real,” he added.

Some residents in Moyross have turned fire on the students in Thomond Village to the other side of the wall, saying if the partition is knocked, it could in fact lead to anti-social behaviour from them.

Lucia Begley, who lives in Pineview, Moyross wrote on Facebook: “If they take that wall away the students will run riot in Moyross. We have to listen them party nearly every night. They go around speeding in there cars in the village. So keep the wall up.”

Ger O’Riordan added: “To be honest the students are gone worse than any bad egg across the wall.”

Ger Crawford says the focus should be on putting another shop and bus shelter in Moyross, as opposed to spending money on demolishing the wall.