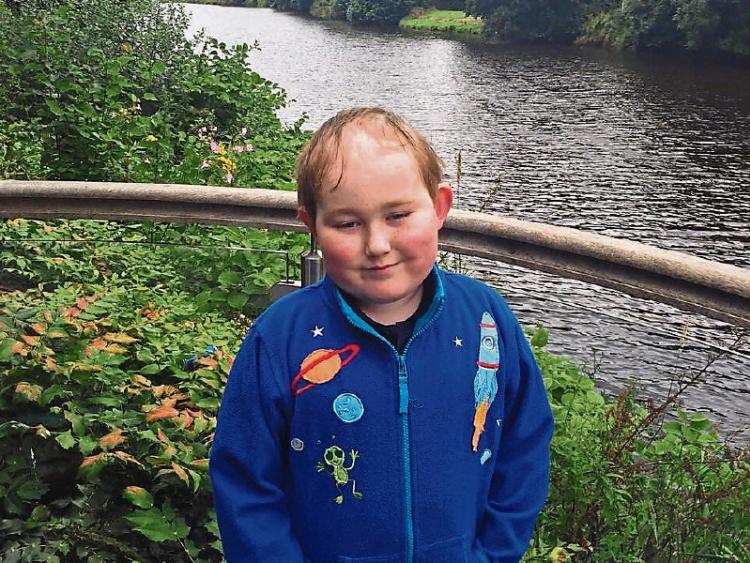 Conor Harrington, the 11-year-old who died from leukaemia

A LIVELY sporting event is guaranteed in Newcastle West next Friday when footballers from Limerick face off against a team from Kerry in a special fundraising match.

And in a bid to ramp up the rivalry, the Limerick manager for the day will be Fianna Fail TD Willie O’Dea, while Danny Healy Rae will be shouting his own brand of encouragement to his Kerry players from the sidelines.

But a family tragedy lies behind this event which is being co-ordinated by gardai in Limerick, Kerry and Cork in support of one of their own.

Conor Harrington, the 11-year-old son of Garda Pat Harrington and his wife Miriam and brother of Donnacha, died last month of leukaemia. Garda Harrington serves in Cork but is well known to his Limerick colleagues.

Next Friday’s match is their gesture to ease the family’s pain and help raise funds for Our Lady’s Children’s Hospital, Crumlin where Conor was treated. The plan is to help out with family expenses also.

The match will take place in the GAA pitch in Newcastle West at 2.30pm, explained Det Inspector Eamon O’Neill, Henry St Garda Station, who is helping to organise the event.

And although the reason for the match is a sad and tragic one, they aim to make it as much fun as possible for those who attend.

“It should be a good event for children coming out of school,” he said.

There will be opportunities for children to get autographs of their footballing heroes, he added, and there will be some novelty elements to be enjoyed.

Among those wearing the Limerick colours will be Graham O’Connell, Joe Hayes, Shane Hickey and Enda Coughlan  while those wearing the green and gold of Kerry will include Stephen Kelly, a Newcastle West man, and Aidan O’Mahony.

The referee and officials are all volunteering their services for the match.

Later in the day, at Whelan’s Bar in Maiden St, there will be a giant auction and raffle.