Doon coursing is back on track 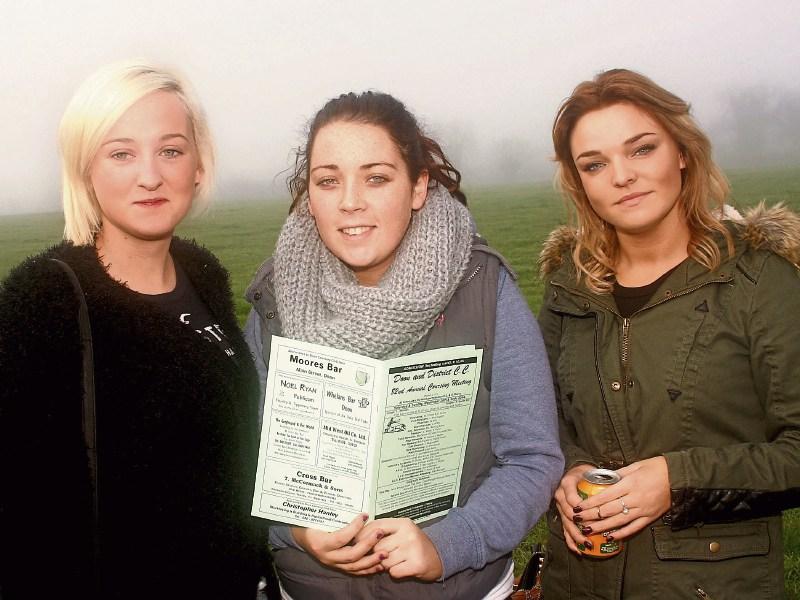 Sharon Ryan, Maria Ryan and Tina Maher at the coursing in Doon

WHEN IT was announced last year there was going to be no coursing the Doon the club vowed they “would be back bigger and better in 2016”.

True to their word – they are pulling out all the stops for their two day meeting on Saturday and Sunday, December 3 and 4. The club has organised a fundraiser this Saturday night and where better to hold it than Limerick Greyhound Stadium.

If Irish Coursing Club representative Timmy Ryan, from Oola, is anything to go by it will be a packed house as he had sold 80 tickets by Monday.

“We didn’t course last year so we want to have a right good meeting this year. The whole idea of the dog night is to raise funds to get the meeting off the ground,” said Timmy. Last year was the first time there was no coursing in Doon since it was founded in 1932.

"There are several more that have a family connection,” said Timmy.

One man they are especially looking forward to welcoming back is Pa Smyth, Cappamore. The 96-year-old was at the first coursing meeting in Doon in 1932.

Tickets for Saturday are available from any committee member or on the night.