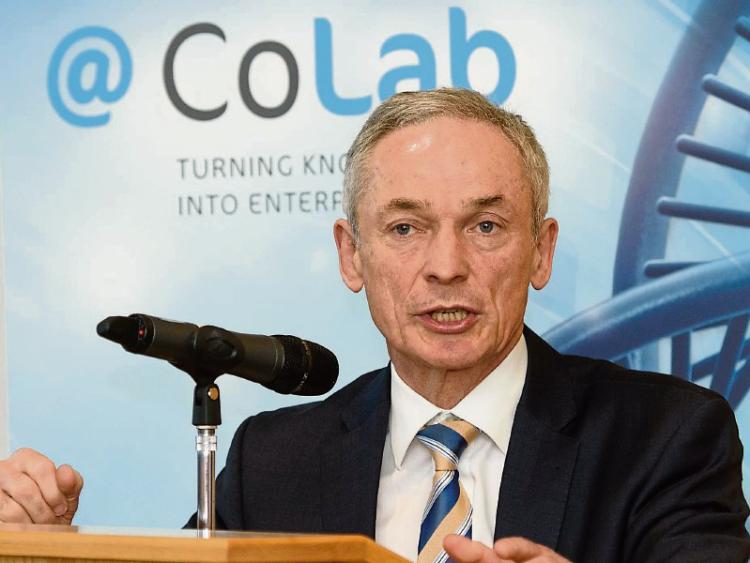 LIMERICK entries for the BT Young Scientist and Technology Exhibition 2017 are the third highest in the country, with 54 entries from 14 Limerick secondary schools accepted for the competition.

Speaking on the record number of entries for 2017 Minister for Education and Skills Richard Bruton TD said:

“The BT Young Scientist and Technology Exhibition is a fantastic platform for so many students in Ireland and it is a testament to all involved, that in its 53rd year, the event still continues to grow in such strength and numbers.

“I have been to the exhibition on numerous occasions and it is extremely inspiring and encouraging to see the talent that is being nurtured as students develop their ideas and bring them to life on a national stage.”

One of the highest number of entries came from Salesian Secondary College, Pallaskenry. The West Limerick school has nine entries in the competition, including a heart monitor which could be incorporated into the steering wheel of cars to prevent fatal accidents when motorists fall asleep while driving, and a glow in the dark ink which will allow people to read books in the dark.

Ardscoil Rís on the North Circular Road have five accepted entries, which include ‘To Bee or not to Bee’ – a project which aims to discover if an artificial flower feeding system can aid pee population over the winter – and ‘Investock’ – an experiment which aims to address poor financial literacy in students through the use of a simulated trading platform, index and accompanying educational resources.

Six entries were accepted from John the Baptist Community School, Hospital, which includes an investigation into whether exercise with dance and music can reduce the effects of Parkinson's disease, and a study into whether playing music or animal sounds to dairy cows can improve the quality or quantity of the milk they produce.