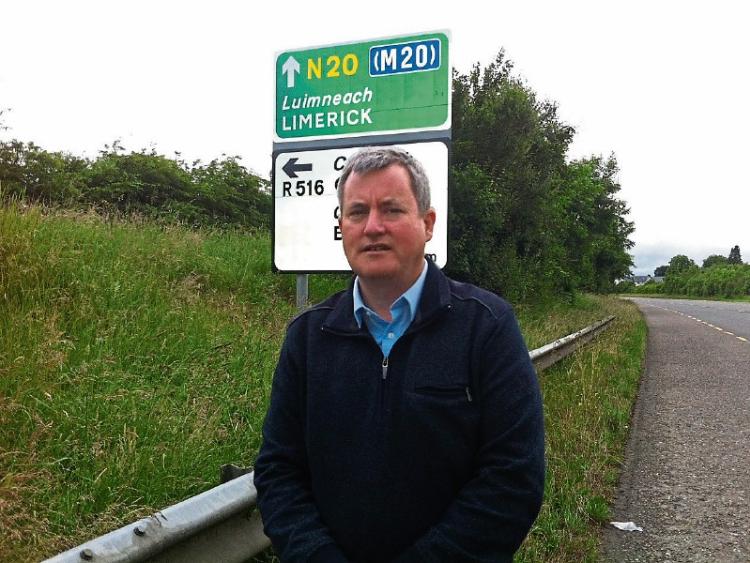 Kieran O'Donnell raised the matter in the Seanad

The proposed Limerick-Cork motorway has been on the table for the last decade, but was shelved by the coalition.

However, the proposals are now back on the table following lobbying from both Limerick and Cork’s political and business community.

And Fine Gael Senator Kieran O’Donnell has received confirmation of the approval for the planning process to re-commence as of this Tuesday.

The planning process will be carried out in advance of the Mid-Term capital review to take place in 2017.

Mr O’Donnell said: “This re-engagement on the planning process gives much needed momentum to this vital project. I have been campaigning on this project for a long time and I wish to commend [Transport] Minister Shane Ross, his department and TII on going with this initiative.”

The re-activation, Mr O’Donnell said, came after a proposal he put to Mr Ross in the Seanad last month.

“I asked the Minister to write to TII seeking proposals from them to reactivate the planning process on the M20. I followed this up with discussions with Michael Nolan, the chief executive of the TII about putting forward this proposal to the Minister and his Department which he did at the start of November,” Mr O’Donnell explained.

“TII provided a detailed proposal to the Minister, with the cost of re-activating the planning process being €1m.”

Mr O’Donnell says if the government is serious about balanced regional development, Ireland’s second and third cities must now be linked.

“The M20 motorway planning process is now underway again after a five year suspension and I will continue to work on this project to ensure it gets built,” he pledged.

Limerick TD Niall Collins welcomed the news on the road link, which he brought up in the Dail.

However, he warned this Tuesday that without funding being committed to this project in the next number of budgets, no significant progress will be made in its delivery.

"Politicians claiming credit for getting the planning process re-started must now ensure that the funding is delivered to start and complete the project," he said.

“Only last week, I raised it in the Dáil and have, unlike those new to the campaign, been a consistent advocate for the project for a number of years.”

“This is an important infrastructure project for the whole of Munster. It will generate a significant number of jobs, and increase connectivity between Cork and Limerick."

“Fianna Fáil has been consistently clear in its support for the M20 project, and I am urging the Government to move on from the planning process, and commit funding to ensure its delivery as quickly as possible,” concluded Collins.

At an Ogra Fianna Fail conference in the South Court recently, Fianna Fail leader warned that if the proposed Cork-Limerick motorway did not start soon it would become “untenable”.

"To me, it is a key part of changing the story about Ireland’s economic development into the future. If they are serious about an alternative pull, and magnet of economic activity from the Dublin region, it has to be Cork-Limerick-Galway, and even Waterford. It is so important for the economic development of the country, never mind the region," he said.