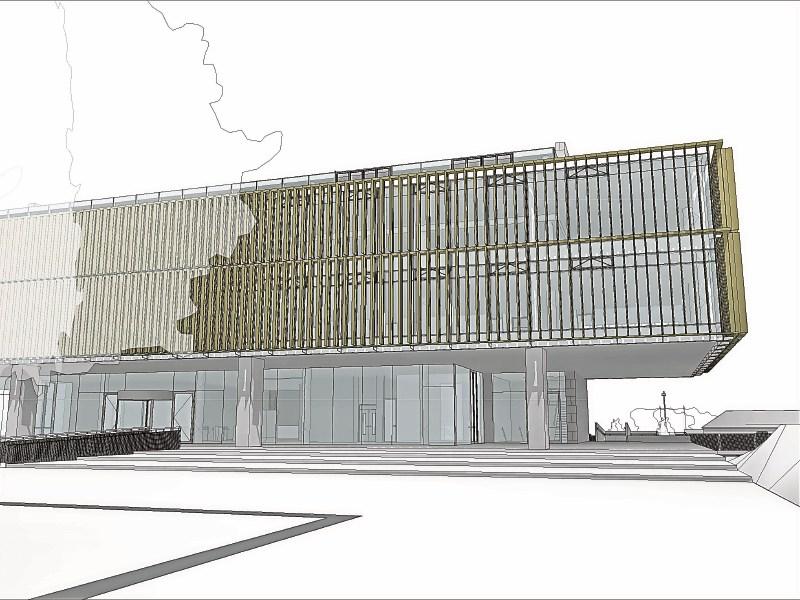 MARY Immaculate College is pumping money into a multi-million euro library project “despite a lack of funding” while it awaits finalisation on Government funding.

In recent weeks, numerous TDs have called on Minister for Education Richard Bruton to shed more light on the €21m library development — announced this August — in relation to his views on the “urgent need” for the project, and the timeframe for the provision of capital funding for the project.

This follows a campaign in late September, led by Mary Immaculate Students’ Union (MISU) president James Deegan, who wrote to 158 TDs and 60 senators, seeking support in securing capital funding for the library project.

In the letter, it states: “The library project continues to be the most urgent capital priority project at MIC and despite a lack of funding, the college has proceeded with this project using its own funds.”

BDP Architects completed a feasibility study, which showed that the current facility is “wholly unsuitable” and did not meet “contemporary requirements under a number of building regulations, including health and safety. Following a cost benefit analysis, it found that a new building was “deemed to be the best value for money and the most effective solution”.

If the college receives the go-ahead from Limerick City and County Council next month, MIC will demolish its current 210-seater library in stages, in order to construct a new 4,955 square metre facility by 2018.

When the current library was constructed in 1978, 250 seats were provided for 750 students, a ratio of three to one. There are now 3,400 students with 40 fewer seats. MIC president, Prof Michael A Hayes said that 5,000 students are expected to enrol by 2020.

MISU received a response from the Minister’s office, stating: “The needs of the College will be considered in the context of the budgetary resources and having regard to competing demands.”

The Union had received a similar response from the previous Minister for Education, Jan O’Sullivan, Mr Deegan said.

“It seems that one of the forefront runners of teacher education and liberal arts courses in the country is being neglected.

“As the representative body of the students of MIC, we need to ensure that the library can cater for the growing student numbers and that the library building is a safe and comfortable space for them to study and work in. This is not currently the case. MISU will keep the issue of funding for the Library Building at the top of our work agenda. The issue cannot be put on the long finger until the next budget, it needs to be resolved now,” he stated.

He said that the Union will engage with local politicians to push the issue with the Government, and will be contacting Minister Bruton to request a meeting with him to discuss the issue.

The new library will feature a range of learning areas from silent study blocks to group work rooms. It will have over 550 study places, and will be able to store some-200,000 books.