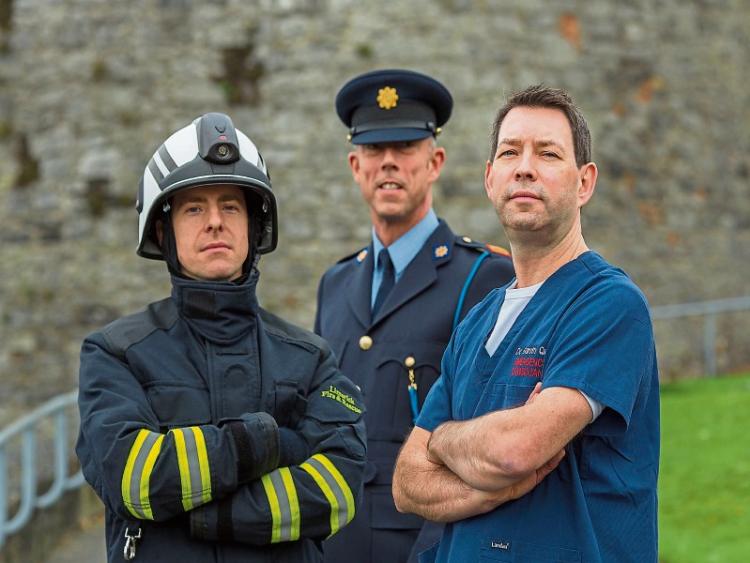 SEVERAL key public agencies across Limerick are to join forces for a major new safety and wellbeing campaign.

The pilot initiative which will see targeted messages being broadcast on radio is being supported by Limerick City and County Council, An Garda Siochana, the HSE and the UL Hospitals Group.

The hashtag #LKworkingtogether will be used on social media throughout the campaign which will focus on three specific areas – road safety, mental health and safer communities.

A major checkpoint is in place on the Dock Road as part of a new safety and wellbeing campaign #LKworkingtogether @Limerick_Leader pic.twitter.com/n5klPe5Bc4

Conn Murray, chief executive of Limerick City and County Council, says the campaign is a reflection of the collaboration that already exists between the agencies.

“Nothing works alone, every agency is totally dependant on the other – who turns up when accidents happen? You have got the ambulance, the guards and the fire service so automatically there is a operation on the ground to manage that scenario,” he said.

“This winter we are making a special effort to enhance this (relationship). We are joining forces to provide the public with key messages of vital importance during the winter months,” said Bernard Gloster, Chief Officer with the HSE Mid West.

The radio ads, which have been voiced by professionals, are being backed up other events including high visibility checkpoints during which advise will be issued to motorists.