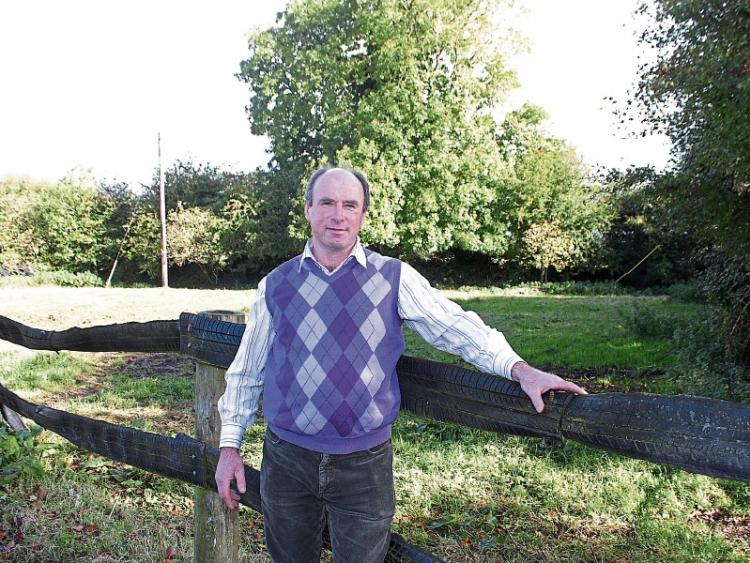 A COUNTY Limerick farmer who faces the prospect of having more than 120 acres of land seized and sold by AIB, says he plans to initiate Judicial Review proceedings following a circuit court ruling this week.

Michael O'Brien who lives in Bulgaden, Kilmallock has been fighting a court battle for several years in an attempt to keep the lands which are believed to be worth over €1m.

AIB first initiated court proceedings against the 53-year-old bachelor almost a decade ago after he failed to make repayments on a commercial loan which was taken out to fund the establishment of a horse-transport businesses in Spain which ultimately failed.

The matter has been before several different judges over the past twelve months and last month Mr O’Brien failed to attend in court for a review of the case.

This week, Judge James O’Donoghue was told the defendant “hasn’t paid a penny” of the monies he owes to the bank.

Addressing Limerick Circuit Court on Tuesday, Mr O’Brien - who recently discharged his legal team - sought an adjournment of the proceedings until early next month.

He said this was facilitate the hearing of a motion which he has filed seeking to have the proceedings against him struck out.

The application (for an adjournment) was opposed by lawyers representing AIB, who submitted the case has had a “very troubled history”.

Having viewed a number of court orders relating to the proceedings, Judge O’Donoghue said he was not willing to allow any more “dilly dallying”.

Granting AIB’s application for possession, he commented: “You can’t have it all sir.”

“While I accept the decision (of Judge O’Donoghue), I don’t agree with it and I believe he was wrong,” he said.

Following an earlier hearing, the 53-year-old said he was prepared to go on hunger strike or drive nails through his hands outside the Dail in a crucifixion style protest if his land was “sold out from under him”.

“I fully stand by those comments,” he confirmed this week.

The defendant previously told Limerick Circuit Court he has no “liquid cash” to repay the debts, but was willing to sell a portion of the lands if a binding, “rock solid” legal document was produced by the bank.

“Never will a square inch of it be sold [without my consent]. I won’t walk out of here [his house] without an awful battle. I’m prepared to go all the way. I will go on hunger strike or be crucified before my land is taken,” he told the Limerick Leader.

Affidavits previously lodged with the court show Mr O'Brien deposited the title documents relating to 58 acres of his land in April 1999, by way of equitable mortgage to be held as continuing and collateral security.

Then in April 2002, he deposited the title documents relating to a further 64 acres of land.

A judgement for €128,335.19 with interest accruing was secured by AIB  against Mr O’Brien in October 2007.The defendant has been ordered to pay the legal costs of AIB associated with proceedings against him.