Class of 2016 graduate from Limerick IT 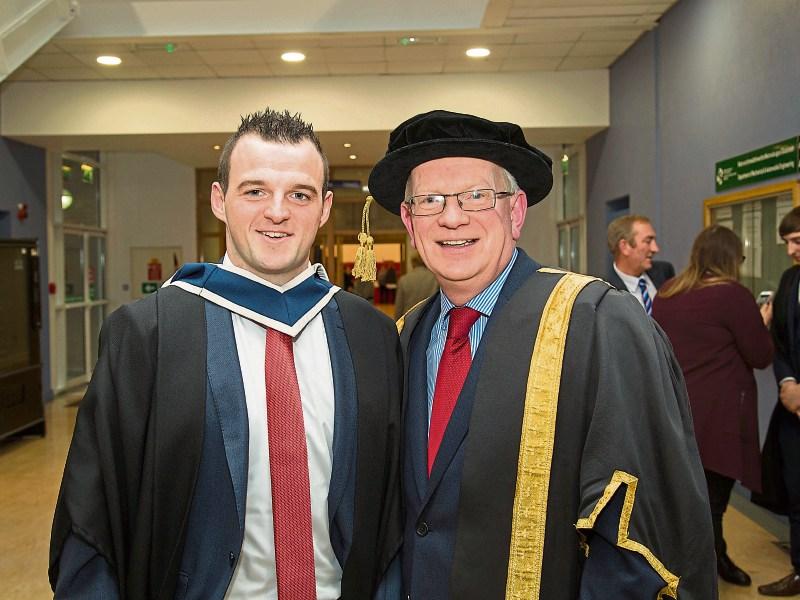 Over 1,500 hundred students at LIT received hard-earned qualifications across the five campuses at the weekend.

The outgoing students, coming from disciplines right across the academic spectrum, have been studying for several years in preparation for graduation day. The first of the graduations took place at the Moylish campus.

Among those graduating were several local sports stars, including Limerick and Na Piarsaigh hurler Alan Dempsey.

“I’m delighted to have graduated from LIT,  it was a very fast four years,” said the marketing graduate and All-Ireland club hurler.

“It wasn't always plain sailing with sport and work commitments, but I couldn't have done it without the help of fellow classmates and the very kind and enthusiastic lecturers, and it was lovely to meet them all again today and catch up with them since we finished up in May,” he said.

Since finishing his course, Alan has secured a job at the Limerick Leader.

“We have all gone our separate ways, some have gone working full time and others are gone back to do a masters,” he said.

“I was very lucky and got a full time job myself. As one door closes, another door opens.”

The students heard a speech by LIT president Professor Vincent Cunnane, in which he called for increased third-level funding.

Professor Cunnane welcomed the publication on the same day of the Financial Review of the Institutes of Technology, but called for immediate action on its findings. “It must be said that there is a stark reality at the heart of this review — it clearly demonstrates serious under-funding of Higher Education in Ireland,” he said. “Despite the ingenuity and commitment demonstrated by the sector in recent years, the inescapable conclusion is that the prompt implementation of these actions is absolutely critical if the Higher Education sector is to deliver the skilled graduates necessary to sustain the growth in jobs that we have recently seen,” he added.

LIT is investing in a new Coonagh campus and city centre developments as part of the Limerick 2030 plan. Students from the School of Art & Design will be conferred this Friday.