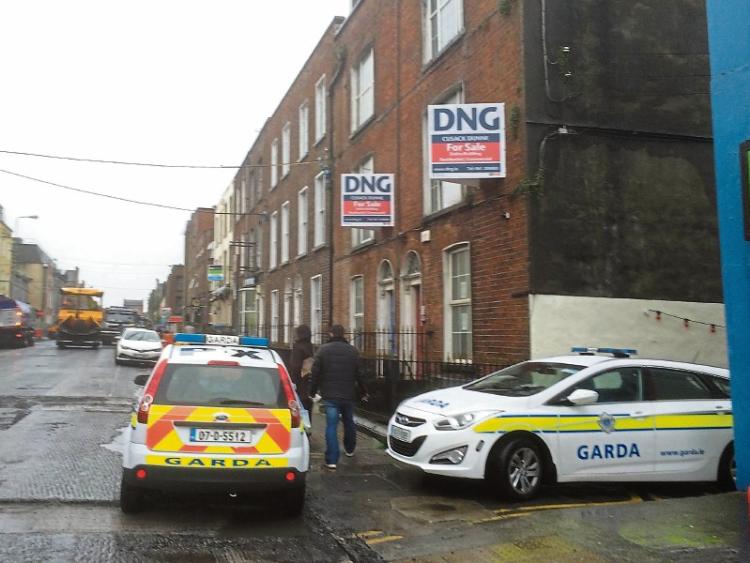 The body of Louise 'Bubu' Casey was found at Catherine Street on Tuesday morning Picture: Press 22

A BROTHER of a homeless woman who died tragically earlier this week has been granted compassionate bail ahead of her funeral this Friday.

The body of Louise ‘Bubu’ Casey (31), who was originally from St Mary’s Park, was found in the stairwell of a vacant building at Catherine Street shortly before midday on Tuesday.

While an investigation into her death is being carried out for the coroner, gardai do not suspect foul play.

At Limerick Circuit Court this evening, Ms Casey’s only brother – Christopher Casey – was granted compassionate bail despite a garda objection.

The 39-year-old, who has an address at Harbour View Terrace is currently on remand awaiting sentence for two separate robbery offences which he pleaded guilty to last week.

He told the court he has offended while bail in the past but accepted he does not represent a flight risk.

“He is not somebody who will disappear off the radar,” said Mr Collins.

Judge John Hannan said he had sympathy for Mr Casey adding that he is also required to protect members of the public from crime.

Granting the application, the judge appealed to Mr Casey to “prove gardai wrong”.

The defendant, who is to be released at 9.30am on Friday, was ordered to return to Limerick Prison by 4pm.

Louise Casey is survived by her mother Esther, son Christopher and her daughter Jadien.