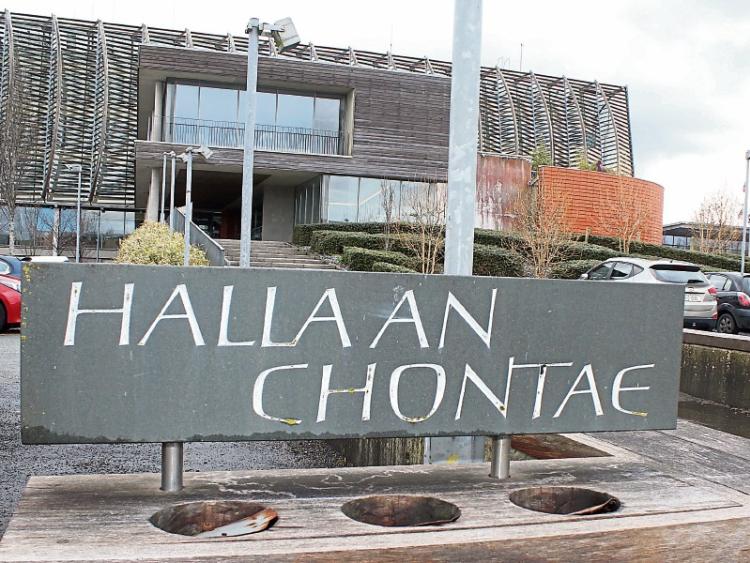 LIMERICK City and County Council is planning to spend hundreds of millions of euro on major new projects for the urban area.

The capital plan section of the draft budget presented to councillors shows the spend may come with the backing of a €32m loan taken out by the local authority, plus government grants and development levies among other sources.

Cllr Joe Leddin said the blueprint is “exciting” and “ambitious,” but Cllr James Collins warned it is a “wish list”, and not all of the schemes will happen.

“None of these projects are 'ready to go’ as it were. What happens is they publish the list, and each directorate takes a look at what projects need to progress and procure the funding for it,” he explained, “But there is quite a lot in each of the divisions.”

The budget shows that controversial plans for a social housing estate near the North Circular Road are back on the table, with a €7m grant earmarked.

Social housing units are also planned at St Joseph’s Street, the Rathbane Road, Sycamore Avenue, with the second phase of Wallers Well at the Roxboro Road.

It is also understood that housing will be built around the site of the former Brannigans Pub in Mulgrave Street.

The much vaunted upgrade to O’Connell Street is included in the expenditure programme, with some €9m planned over three years.

This may be funded with a grant of €4m, plus part of the aforementioned loan.

After cycle routes were previously put in place between the University of Limerick and the centre, the city’s two other third level institutions will also be linked by a bike lane under the proposals.

And, a feasibility study may be conducted for a park and ride facility, with €50,000 being proposed for this in 2018.

In terms of roads, €4m a year is being proposed for the Coonagh to Knockalisheen distributor road.

2017 may also see the completion of a link road to allow motorists travel from the M7 into the city centre, via the Maldron Hotel. A previous link was closed some years ago.

€11m is being proposed for flood reliefs in King’s Island, and a further €1.6m for Verdant Place.

The controversial footbridge planned for near Merchant’s Quay may also be funded to the tune of €13m under these plans –with €5.1m coming from a grant, and a further €7.8m from other sources.

A total of €300,000 is being earmarked for a proposed craft hub at Nicholas Street, while the Biblical Institute at Dominic Street/Cecil Street could have €2.5m dedicated to it, as Innovate Limerick bids to develop a digital learning hub there.

Some €18m is being proposed for a Georgian City Scheme, which could act as a demonstration area to show that city living in these types of buildings is possible.

This idea came following a proposal by Cllr Collins, who said: “I have been asking for them to do a residential scheme for the city centre to develop a Georgian block as a residential amenity. There isn’t really anyone living in the city centre, so this could show it off. If we can show it can be done, the commercial developers and landlords would be more inclined to follow on afterwards.”

Labour councillor Leddin said: “It is an exciting, and ambitious. That’s what it should be. It gives specific time periods and costings. It is just a question of the economy continuing to grow and develop which will enable some of these projects to move forward.”

Elsewhere in the budget, councillors may sign off on a commercial rates rise – although this could be offset by a scheme which will see early payers see a real term rates freeze.

Councillors will sit down today to thrash out the local authority budget for 2017.

- For updates on the budget deliberations, stay with the Limerick Leader online and see the print editions next week