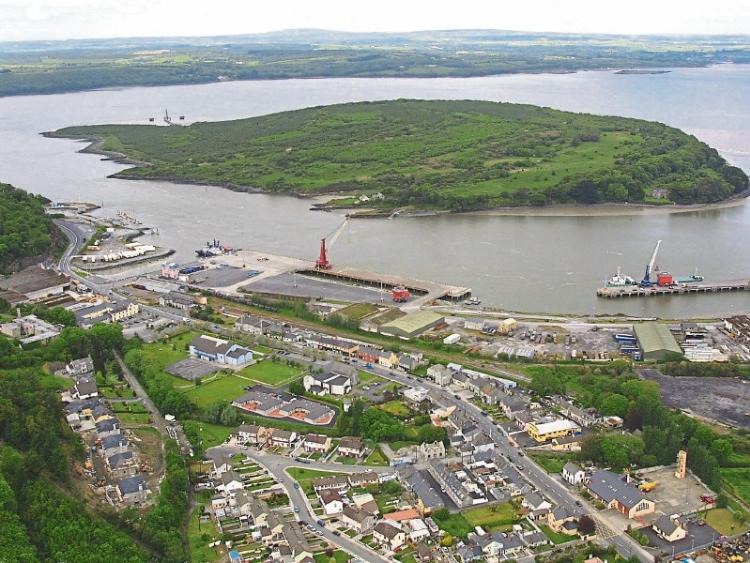 Foynes port is set to become a US export hub

FOYNES Port is poised to become a major European link with the US in the wake of Brexit, in a new Government proposal that could create hundreds of local jobs.

Minister for Communications, Climate Action and the Environment, Denis Naughten has suggested the use of US pre-clearance for ships crossing the Atlantic.

The use of such facilities would be similar to the pre-clearance used by air travel passengers to the US, and Minister Naughten has said that the Port of Foynes could “significantly benefit” from the idea.

“Rotterdam is becoming hugely congested as the main port of Europe and there is potential to develop, on the western seaboard, a major port at Foynes that would act as a transit point for freight to and from North America," said Minister Naughten.

“Freight would come into Foynes, get scanned there, get certified, and land in New York and would be the same as an internal shipment.”

According to the Department, Mr Naughten met with the US Ambassador to Ireland Kevin O’Malley and asked him to support the proposal, which would involve US custom official staff being based in Foynes to give full pre-clearance.

"Our second biggest export destination is the USA. From a Brexit point of view this is an opportunity to attract industries from right across Europe that are exporting into the US,” said Minister Naughten.

“The reality is that post-Brexit exports into the UK are going to be put under pressure, so this is an opportunity to make a new market and make it far more efficient for the export of goods.”

A ‘hard Brexit’ could result in EU borders, which would increase costs for freight companies shipping out of Britain into Europe. This proposal means that Foynes could become a more attractive destination for these companies to ship from.

The development of Foynes as a post-Brexit international shipping hub has been welcomed by Shannon Foynes Port Company chief executive Patrick Keating.

“Our estuary waters are unrivalled in a national context and have few rivals anywhere in Europe. This remains one of our long-term goals and securing customs agreements such as US pre-clearance would certainly be a major boost in that regard,” he said.

“Because of its natural water depths, the Shannon Estuary and Foynes Port are of national strategic interest and present a huge opportunity for a range of inward investments. We look forward to exploring those with Minister Naughten and other public representatives going forward,” added Mr Keating.