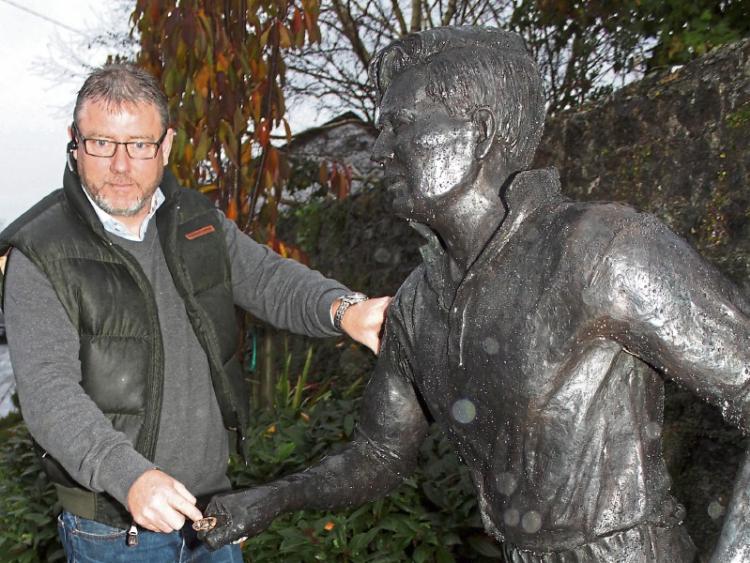 Padraig Power points out the damage, and below, the statue's unveiling

THUGS have vandalised a statue in honour of arguably the greatest hurler of all time - Mick Mackey.

The sculpture was erected by Ahane GAA Club on Castleconnell’s Castle Street in 2013.

At its unveiling, then Ahane GAA chairman, Turlough Herbert said: “What Mick Mackey has done for Ahane GAA club and Castleconnell is unquantifiable. This is a historic and great day for the village. He was the first superstar of the GAA and gave the Munster championship its glamour and romance when he played in those thunderous Munster finals.” 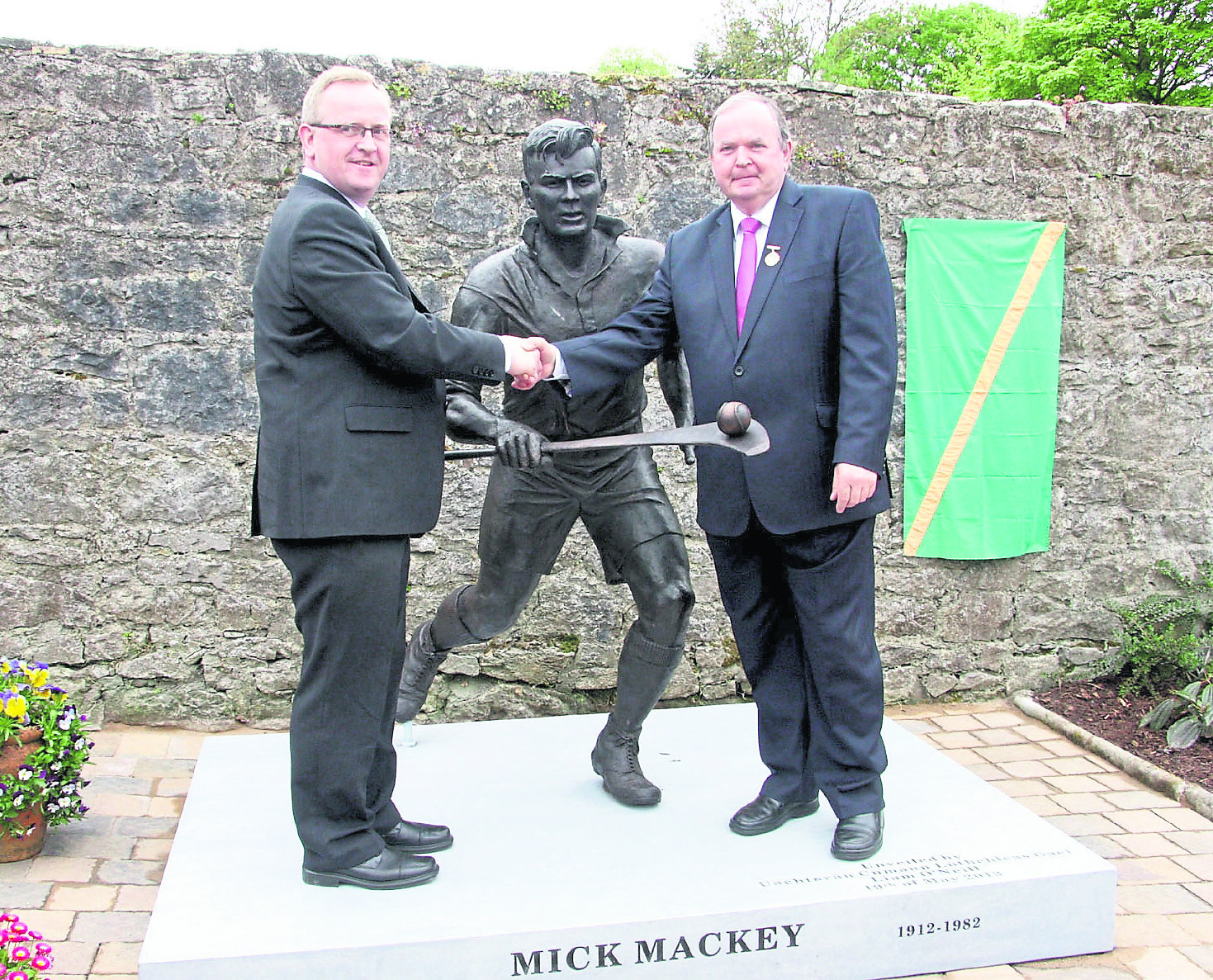 Now the bronze hurley has been broken off. Current Ahane GAA chair, Padraig Power, thinks the perpetrators must have been jumping on it.

“It is completely disrespectful. I have reported it to the gardai. We are trying to set up a meeting between all of the local bodies - ACM, Tidy Towns, GAA club - to see can we get cameras installed.

“It is pure thugs that have done this that have no involvement in any club or anything. The gardai are doing their best but they can’t be everywhere. The whole club is upset over the vandalism to the statue. We had a special meeting where I brought it to the attention of club members and they were not happy,” said Mr Power.

It happened on Halloween night and is the second act of vandalism on the statue in recent months.

“We found the piece the next day. They broke the back of it a while back and then they came back to finish it by breaking the front piece,” said Mr Power.

Greg, a son of Mick Mackey, said what happened his father's statue wasn't very nice but put it down to boisterous behaviour around Halloween.

“I wouldn’t think there is any badness in it but it isn’t nice because there have been young fellows getting their photos taken with it and a couple of marriages went there for pictures. It was lovely to see,” said Mr Mackey.

According to one local there has been a rise in anti-social behaviour in recent months in Castleconnell.

”There is a gang of about five or six lads aged 14 to 16 who are hanging around. They live on the fringe of the village but come in. There has been a rise in break-ins, petty crimes like burning bins, damaging signs etc. It is very intimidating for older people,” they said.