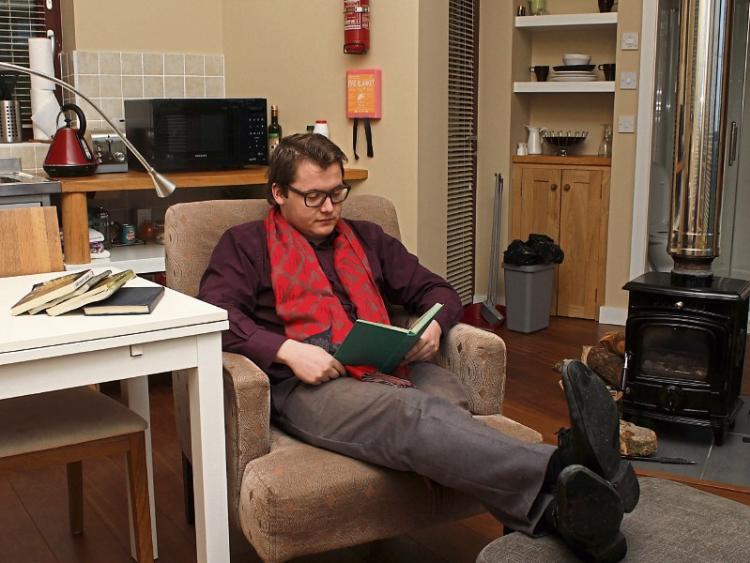 Shut off from the world: Fintan in the God Pod Pictures: Michael Cowhey

I STAND on a balcony, looking out at the pastoral vastness of Glenstal Abbey feeling as if I am light years away from the entire human race.

Without realising what the experience entailed, I have signed up to 24 hours in a ‘God Pod’, a small hut situated on a distant field, far from the Benedictine monastery. 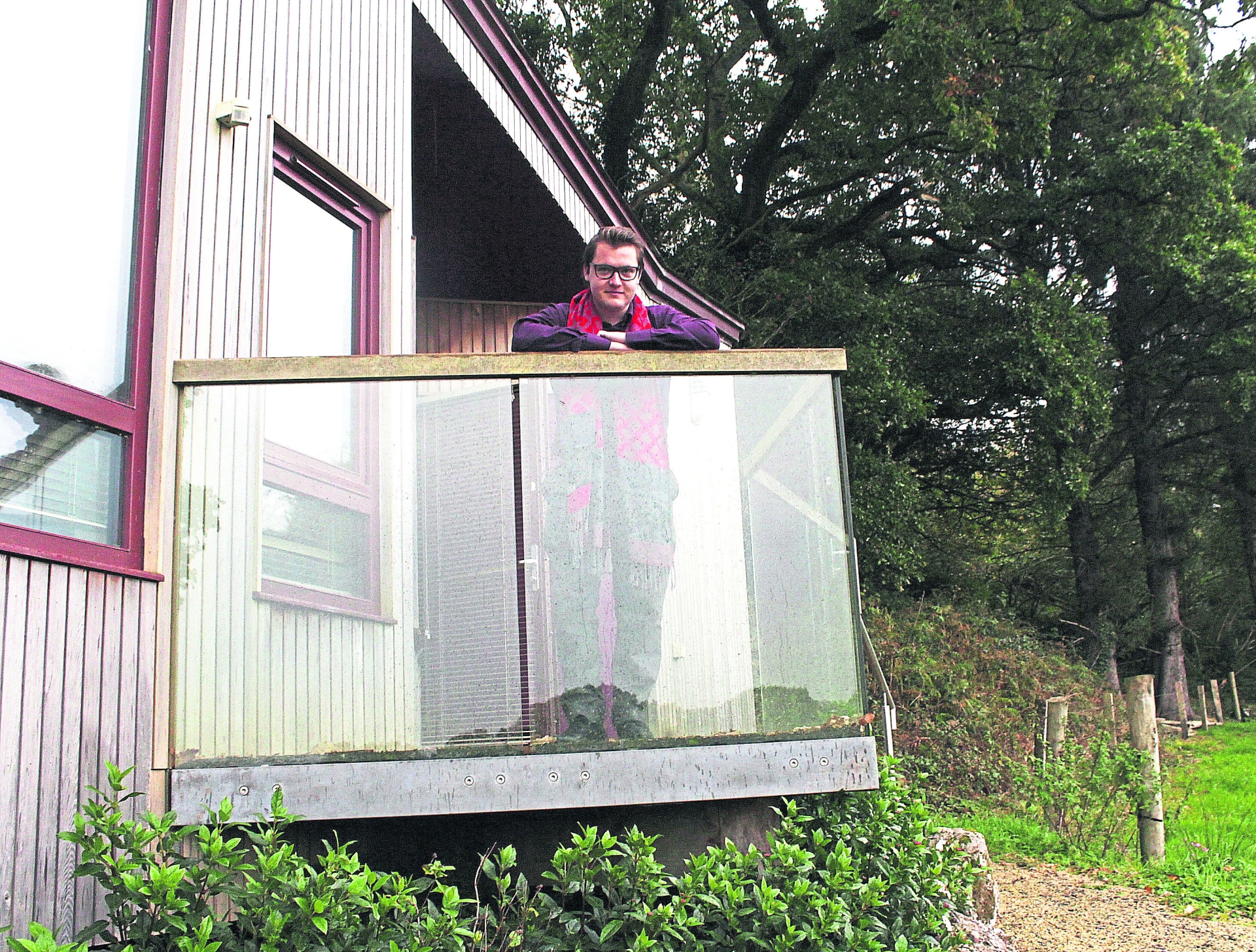 The pods, according to monk Br Padraig McIntyre, have proven to be a popular retreat for a diversity of clientele since 2013.

He says that people come to embrace God in a quiet space, to break the writer’s block, or to reconnect with themselves in a spiritual way. As of now, at 5.30pm, I am still a bit confused as to why I would volunteer to isolate myself in Murroe, when I could be finding the love of my life in Costelloe’s.

Before I walk to the chapel for the Friday evening vespers, I get accustomed to the small surroundings in the pod.

It’s not, as some might presume, some worn-out, isolated hut made of wattle and daub; the pod is a one-man self-catering suite with all mod cons, including a stove, albeit no access to any form of communication. It is just me, a book, the beautiful vista and my thoughts.

To get to the Abbey from here, I walk through a small wooded boreen, whose path is muddied by the footfall of cattle. After this there is a long stretch, vegetated with an assortment of greenery, and accompanied by an echoed chorus of cackling and trilling thrushes.

I get distracted by two donkeys who have been following me for a couple of minutes, so I feed them a handful of grass to leave me alone.

Shortly after 6pm, the vespers (Latin for evening prayer) are held in a makeshift chapel in a hall, as the Abbey’s main place of worship is currently under renovation. Joined by a dozen locals and 15 monks in their uniform black habits, 30 minutes of Gregorian chanting commences.

The timbre of their deep voices blends nicely with the low keys, so I get droopy and snooze for a while, but wake up in time to listen to the final few hymns.

On weekdays, there are four sermons, while there are six on Sundays.

At around 6.45pm, I return to the pod. I put the stove to some good use, put the bum on the sofa, rest my feet on a stool, and stare out the window. I soak in the view, even on this overcast day — a panorama of grassland fortressed by generations of tall evergreens. If it wasn’t for the pylon in the centre of the field, you could easily mistake this sight for a William Turner painting. 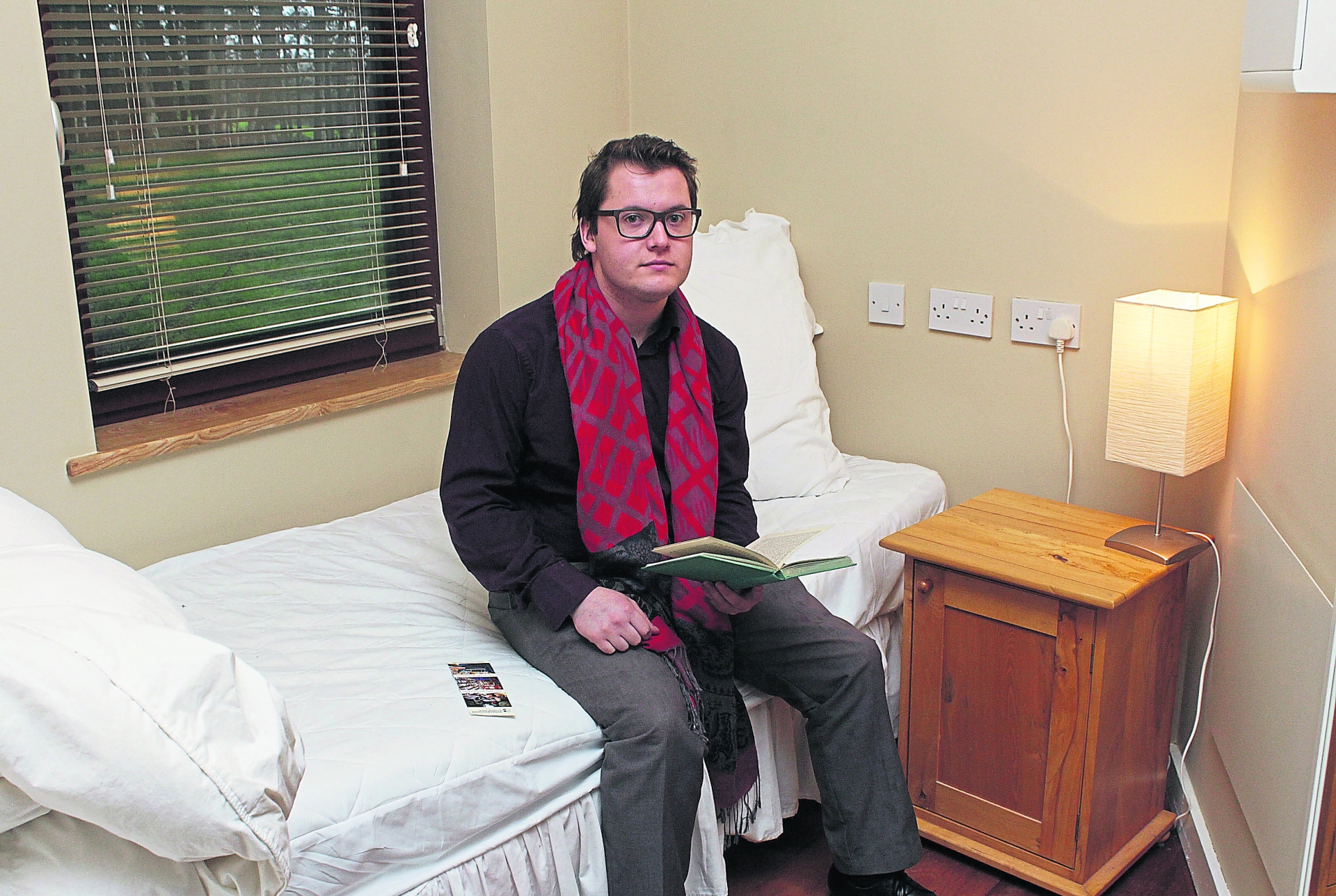 Before the sun sets, I go to make a sandwich and a coffee. I accidentally pour boiling water on my thumb and scream obscenities, and I am thinking that this is what I get for being a non-believer staying in such a holy place.

I go to check my phone and remember that I had purposely left my charger at home, in order to get the quintessential break-away experience.

With the rise of the social media revolution, a huge chunk of our ‘me-time’ is spent ogling at Instagram pictures of Kylie Jenner’s lunch, reading “life hack” tutorials on cooking dinner, or looking at Facebook videos of dogs doing silly things. So, I am glad to be away from the tedious digital world.

And even though I don’t have my phone to listen to music, I decide to make some music. There is not a soul within a mile of this hut, and I have a licence to sing as loud and clumsily as I want, so why not do a few renditions of Marvin Gaye’s Sexual Healing?

After my solo performance, I sit back down and dig into some reading — Claude Cockburn’s In Time of Trouble, a remarkable memoir that touches off a financial struggle while being a Socialist propaganda journalist during the Franco regime.

After an hour of reading, I dog-ear the page and let the hardback rest on my stomach, looking pensively out the window. And so the silence started to work its magic, and I start to dissect my thoughts.

I think about this day two years ago, when we had to say goodbye to our home of 22 years after an arduous recession.

I think of my family that was separated by emigration and how we were all in different parts of the world during a dark, abyssal time.

I reflect on an upsetting memory — having to get rid of our gorgeous Lowland Sheepdog, Toffee, as we had nowhere to house him. Hugging a whimpering dog goodbye was the nail in the coffin, and that the place called ‘home’ was gone forever.

And while I had been open about this experience with friends and work colleagues, I never had the discussion with myself, until then. There is hurt, outrage, sorrow, but also a tranquil feeling of acceptance. The experience is a kind of soulful acupuncture that pinches at the nerves for relief.

I find myself somewhat dredging the past and contemplating positively about the future, a nice feeling I take with me as there is nothing but blackness outside the window.

After a sermon the next morning, interestingly led by Fr Fintan, I tell Br Padraig about this experience. He says that this is precisely the purpose of the two God Pods.

“Some people get into that silent space and try to meet God, and sometimes, they find that they meet themselves. Some people have said to me that when they light the fire, it is good company. And, sometimes, people will go down to their pod and we might not see them for two weeks,” he explains, adding that his previous three-night experience was “very peaceful”.

The Kerryman, who was a hotel manager before joining the monks seven years ago, looks after the hospitality section of the Abbey; between the day visits, Glenstal’s guesthouse, and the pods.

The pod experience is not solely confined to its four walls; the Abbey and its surrounding scenery is superbly serene. Not only is it a fitting place for the religious retreat, the sandstone castle and its environs is an architectural hotspot, and the garden and lake make for a decent, ambient stroll.

And even after the cathartic experience during my 24-hour stay, there is a curious longing to return, as if the wise voice in my head is saying “We ain’t finished yet, buddy.”

And while I wish I stayed an extra night, the experience taught me a lot. It also taught me that “self-catering” means bringing enough food so you don’t have to pick berries for breakfast. But, mainly it taught me how to switch off and of the imperative nature of being in touch with oneself.