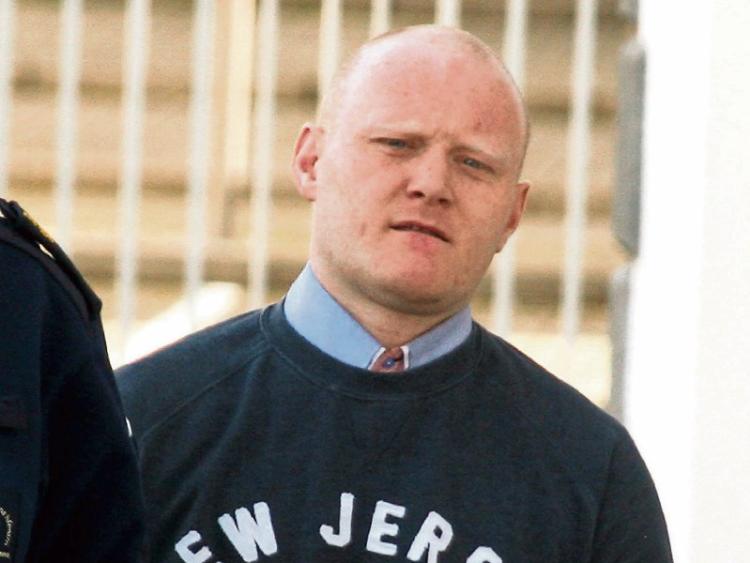 A MAN who threatened to shoot the family of a well-known retailer during a confrontation at a shop he owns, has been jailed for 18 months.

Gerard Hogan had admitted at an earlier court sitting of making the threats to Shane Gleeson at Gleeson’s Spar, Catherine Street on October 15, 2013.

Limerick Circuit Court was the told the 33-year-old, who has an address at Raheen Square, Ballinacurra Weston, had been barred from the premises sometime previously following a separate incident.

Garda Sheila Clavin said when asked to leave the shop at around 2.50pm, he replied: “F*** off, I will go where I please”.

A verbal exchange then followed during which Hogan said he would shoot Mr Gleeson, his wife and his children as he made a gun gesture with his hand.

“I know where you live, I will get you at your house, I will shoot you in the middle of the night,” he threatened, before throwing a sandwich board at Mr Gleeson and walking away.

She agreed with John O’Sullivan BL, prosecuting, who said the businessman feels tormented as he “absolutely believes he (Hogan) is capable of carrying out the threats”.

While the defendant admitted to gardai he was at the shop around the time of the incident, he denied making the threats, when first questioned.

Andrew Sexton SC said his client, who had consumed a considerable amount of alcohol had not intended to make the threats when he entered the store.

“It was a combustive reaction,” he said adding: “He got angry, he did not plan it, it was not an intentional plan to threaten him.”

Mr Sexton said his client has not approached Mr Gleeson or the store since and that he didn’t kill anyone.

“It was an incident which escalated when he had drink taken,” he said.

Judge Tom O’Donnell said retailers such as Mr Gleeson are entitled to run their business without having to deal with such incidents.

He said such threats are “more of a nuisance usually” but said  the ‘gun gesture’ and the personal contents of the comments made by Hogan were an aggravating factor. He imposed an 18 month prison sentence which was back-dated to June 1, last.