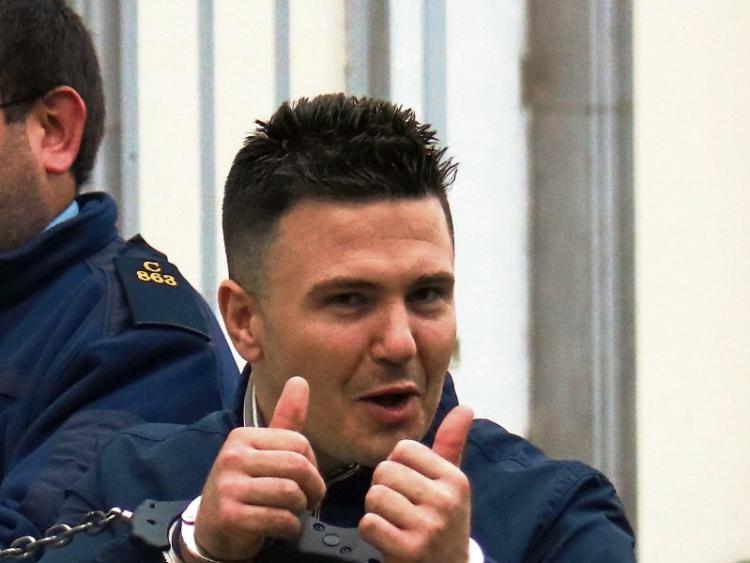 Darren O’Halloran was given a four year sentence

A CRIMINAL figure is set to appeal his conviction for threatening to kill a Limerick-based detective as he “does not accept the verdict of the jury”, his lawyers have said.

He had denied threatening to kill Detective Garda Pat Whelan in a phone call to Henry Street garda station on April 2, 2015.

He also denied threatening to cause damage to the detective’s home, which is located outside of Limerick.

Detective Garda Whelan told the trial he was on duty at around 2pm when a phone call was received in the crime office at Henry Street garda station.

The detective told John O’Sullivan BL, prosecuting, that during the subsequent conversation Mr O’Halloran suggested that he and his brother, Aaron, would “do no more crime” if gardai “backed off”.

The jury was told Aaron O’Halloran was the subject of a High Court arrest warrant at the time and that gardai in several parts of the country were actively trying to locate him.

Detective Garda Whelan said when he indicated to the caller that gardai would not be backing down, the defendant became aggressive on the phone and threatened to “finish” him saying: “Go get your V6 Mondeo, I’ll ram you off the road at 160 miles an hour.”

The witness confirmed he drives a Ford Mondeo car and he said he was concerned at the “remarkable accuracy and detail” of the comments which had been made.

“The first thing I did was to take steps straight away to secure my home,” he told the jury.

When interviewed the following, day the defendant  told gardai he was “shoeing a horse” around the time the threats were allegedly made.

During a sentencing hearing, Insp Padraig Byrnes said O’Halloran, who has 70 previous convictions, had “effectively thrown down the gauntlet to gardai to back off” and  he confirmed patrols were put in place around his colleague’s home as a result of the threats.

Anthony Sammon SC said he was not in a position to put forward expressions of regret or remorse as the father-of-four intends appealing the conviction.

Imposing sentence, Judge Tom O’Donnell said the defendant’s criminal history was an aggravating factor, as was the fact he was on bail at the time.

While accepting the threats were made spontaneously and were not premeditated, he said the level of personal details was a concern.

He imposed a four year prison sentence, which is to be served consecutively to a three year sentence which was imposed last December for a separate robbery offence.