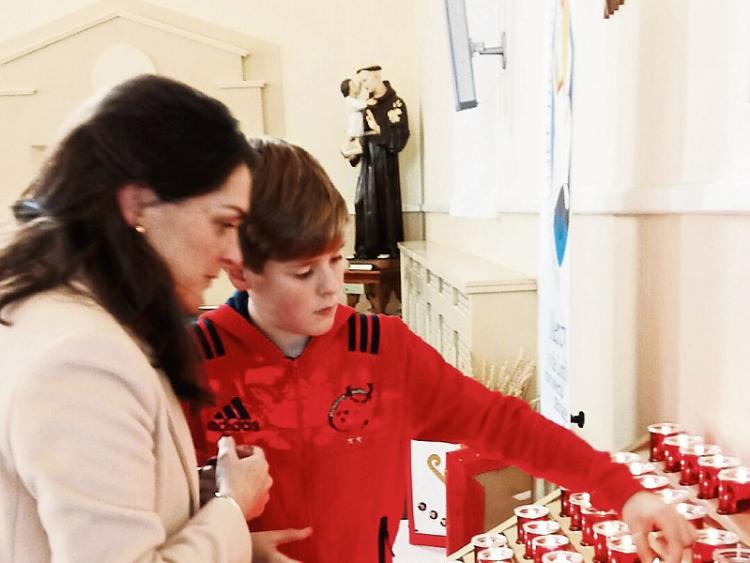 IT was a simple act by a grieving young boy, which has reverberated with people around the world and been praised by the religious community in Limerick.

The appeal – #8masses4no8 – by rugby legend Anthony Foley’s son Tony to encourage people to go to mass in the eight Sundays leading up to Christmas has been taken up not just in the Limerick diocese, but throughout the country and the world.

On Sunday last, Tony and his mum Olive lit a candle of the first Sunday of their appeal in St Flannan’s church, Killaloe. It would also have been the 43rd birthday of the late Munster rugby coach and former Heineken Cup winning captain.

Inspired by his appeal, candles have been lit as far afield as the Mzuzu Diocese, Malawi, Central Africa; Azerbaijan, Toronto, New York, Qatar, Biarritz, Oregon, Dubai, Barcelona, and Italy, amongst many others across the UK and Ireland.

While the diocese cannot quantify the exact numbers of people attending mass each Sunday, or determine a precise increase last Sunday, a diocesan spokesperson said: “Across the diocese, masses were very well attended at the weekend, some parishes reporting a noticeable increase. We would hope that attendances would grow even more over the coming weeks.

“We are into the month of All Souls when we remember, just as Tony is hoping the public would, deceased loved ones at mass,” concluded the diocesan spokesperson.

In a statement released by the family, they said that to say they are heartened by the response to the campaign “would be an understatement”.

“We’ve been overwhelmed by people committing to the campaign - to attend Mass over the eight Sundays and/or light candles for their own loved ones.

"We’ve been delighted with the support coming from other faiths, including Buddhism, Church of Ireland, Islam, and others. We’ve had people tell us of how Tony’s campaign has brought them to, and remember, loved ones long since passed. That has particularly heartened us,” they said.

More than 31,000 people have supported their campaign via the Axel Foley memorial page on Facebook.