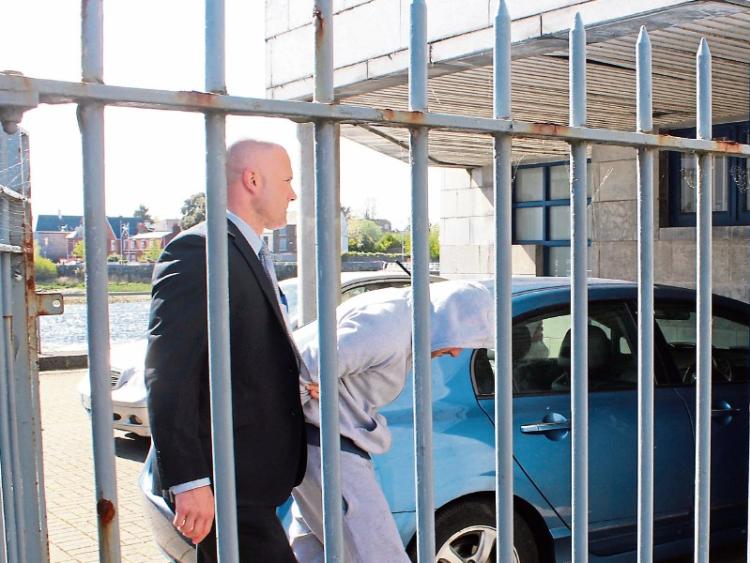 AN elderly woman has been left wheelchair bound after the car she was a passenger in was struck by another car being driven by a man who was “langers drunk” at the time, a court has heard.

Richard Treacy, aged 28, who has an address at Gillogue House, Clonlara had been drinking at several pubs and clubs in the hours before the head-on collision at Garryowen Road on April 5, 2015.

Treacy has pleaded guilty to dangerous driving causing “serious bodily” harm to the 82-year-old woman who was returning home from bingo at the time.

During a sentencing hearing, Garda Aled Harkin said when gardai attended the scene of accident at around midnight, Treacy and another man who was in the car had fled the scene.

The daughter of the pensioner, who was driving her mother home described how she pulled in as the car being driven by Treacy approached her at speed on the wrong side of the road.

However, despite her evasive actions her car was struck and spun around due to the force of the impact.

Her mother was taken to University Hospital Limerick where she underwent emergency abdominal surgery. She subsequently underwent major orthopedic surgery and will be permanently impaired for the rest of her life because of the injuries she sustained.

Garda Harkin said technical examinations of the scene confirmed the Ford Focus being driven by the defendant was on the wrong side of the road and that it was travelling at around 102kph prior to the collision.

When spoken to two days later, Treacy told gardai he was “langers drunk” as he had been drinking for most the evening - having played a soccer match earlier in the day.

However, he denied any involvement in the accident.

Judge Tom O’Donnell was told the defendant was arrested on May 28, 2015 but that he was not cooperative and that “nothing evidential” emerged during interviews.

Garda Harkin agreed with John O’Sullivan BL, prosecuting, that it is the State case that extensive CCTV footage sourced from locations across the city shows the defendant driving on the night.

Despite objections from Michael Bowman SC, he told the court it is also the State’s case that Treacy can be seen drinking at a number of different pubs and clubs from just after 5pm until shortly before the time the accident occurs.

“It is quite clear that he was drink-driving, the evidence is clear and straightforward,” said Mr O’Sullivan who added that Treacy was not tested (for alcohol) as he had fled the scene of the accident.

Mr Bowman said his client now accepts responsibility for his actions and he acknowledges such behaviour “cannot be tolerated or condoned”.

Despite his client’s non-cooperation, Mr Bowman told the court he did indicate he would be pleading guilty when he was first charged and brought before the district court last November.

He said Treacy, who is currently on a “restricted bail regime” relating to a separate matter, feels “difficulties follow him around” and that he hopes to move abroad with his partner and child some time in the future.

When Mr Bowman indicated his client wished to offer €3,000 as a “gesture of remorse” to the pensioner, Mr O’Sullivan immediately interjected saying such an offer was “wholly and utterly inappropriate” and was not permissible in law.