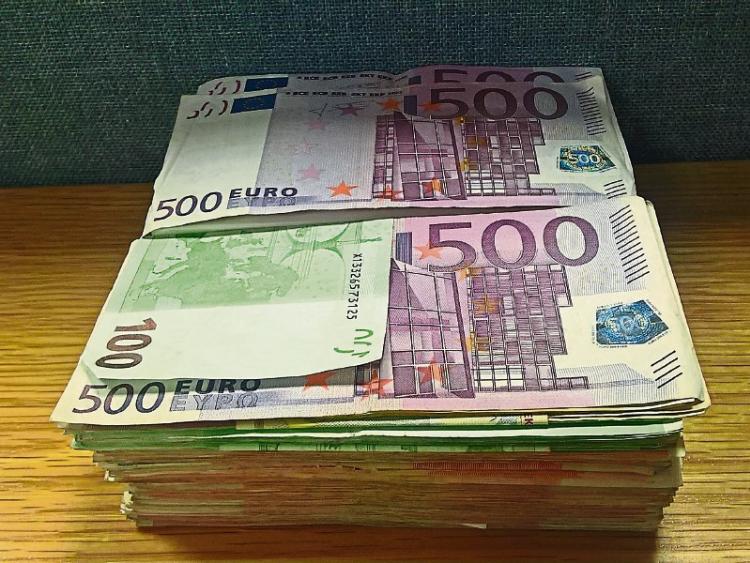 The cash that was seized by Revenue Officers at Shannon Airport

REVENUE officers at Shannon have seized cash from a passenger boarding a plane at the airport.

A Chinese woman in her 20s was stopped and questioned following routine profiling and was found to have €14,000 in cash.

The woman was boarding a flight to London Heathrow for onward travel to Hong Kong.

Revenue seized the cash, which was denominated in 50, 100, 200 and 500 euro notes, suspecting it to be the proceeds of, or intended for use in, criminal activity.

These investigations are ongoing, a Revenue spokesperson said.

Revenue officers have powers under the Criminal Justice Act, 1994, and  the Proceeds of Crime (Amendment) Act, 2005 to seize and detain cash suspected to be the proceeds of, or intended for use in, any criminal activity, at the point of import/export, or in the course of operations within the State.

In 2015, Revenue seized €1.6m. So far this year over €590k has been seized in 45 cases, and after follow-up Revenue investigations, the Courts have granted Orders of Forfeiture to the State in respect of €487k cash seized.