Man jailed for spate of arson attacks in East Limerick 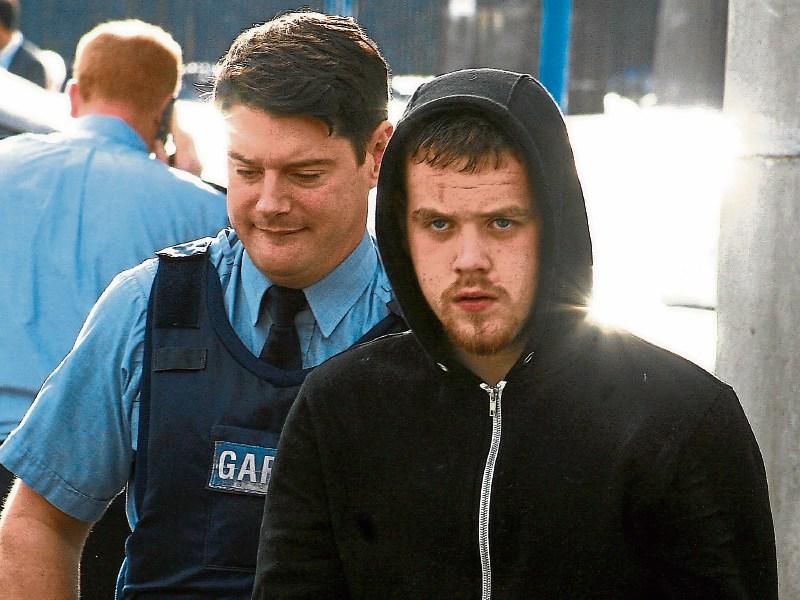 John Ryan of Carraig Beg, Doon, appearing in court on a previous occasion, was sentenced to four and a half years’ in prison

A DRUG addict who was pressurised by a major drug dealer to carry out a spate of arson attacks at barns and sheds across East Limerick has been sentenced to four-and-a-half years’ imprisonment.

John Ryan, aged 24, of Carraig Beg, Doon had previously pleaded guilty to three charges of arson relating to incidents at Clonlusk, Doon; Ballyvalode, Oola and Toomaline, Doon on dates between September 27, 2015 and October 6, 2015.

During a sentencing hearing, Garda Chris Cowan told Limerick Circuit Court, the arson attacks were carried out in revenge for an earlier fire at a stables near Pallasgreen.

A number of valuable sulky race horses perished in that blaze which, according to reports in a Sunday newspaper, were carried out by vigilantes from the local community.

Garda Cowan said upon reading these reports, the owner of horses decided to exact revenge.

Judge Tom O’Donnell was told hundreds of bales of hay were burned and around €80,000 worth of damage was caused as a result of the fires which were started by the defendant.

A number of bullocks also died in one of the fires.

Such was the concern at the time, an intensive garda investigation was launched which resulted in Ryan being identified as a suspect.

Following his arrest more than a week later, the defendant told gardai he owned one of the sulky horses which died (in the Pallasgreen fire) and was extremely annoyed.

He initially claimed he had embarked on a mission of revenge after reading the reports in the Sunday newspaper. However when interviewed by a court-sanctioned psychologist, Ryan said the attacks were a “sheer act of stupidity” which he had carried out on the orders of a man to whom he owed a drug debt of €16,000.

Garda Cowan said this individual had previously “beaten up” the 24-year-old.

Imposing sentence, Judge O'Donnell said the the defendant was responsible for an “enormous amount of wanton damage and destruction”.

As well as the loss of property, he commented there was also the cruelty to the two animals which were caught up in one of the fires.

He noted that Ryan is of low-intelligence, is easily led and had a drug problem around the time he carried out the arson attacks.

He said the premeditated nature of the attacks was an aggravating factor in the case but said the defendant’s admissions and guilty plea were mitigating factors as are his personal circumstances.

The judge also noted that Ryan, who has been in custody since his arrest, has been endeavouring to better himself and “get back on the rails and on with his life”.