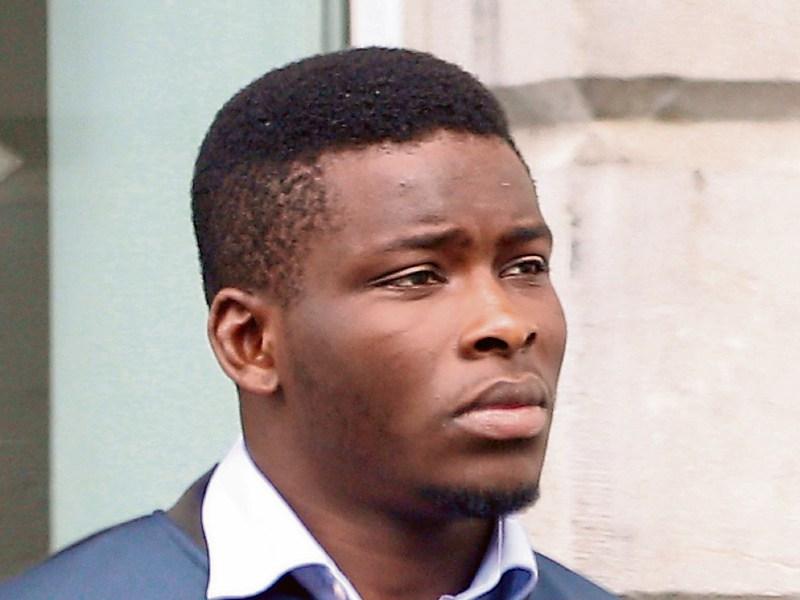 A PROMISING young rugby player who punched a bouncer knocking him unconscious has avoided a prison sentence.

Toby Ademakin, aged 21, who has an address at Oakfield, Fr Russell Road pleaded guilty, at Limerick Circuit Court, to assaulting Noel Guerin (42) outside Molly’s bar, Ellen Street at around 2am on December 22, 2014.

During a sentencing hearing in July, Detective Garda David Burke said Mr Guerin, who has not returned to work as a bouncer since the incident, sustained a single blow to his face and fell “helplessly” before banging his head off the footpath.

He said Mr Ademakin, who was a student at LIT at the time, had been barred from the pub in September 2014 following a separate incident.

Judge Tom O’Donnell was told he had approached Mr Guerin earlier in the night asking if he was still barred and that he “started mouthing off” when he returned to the pub again a number of hours later.

Detective Garda Burke told John O’Sullivan BL, prosecuting, the defendant, who played underage rugby with Munster, can be seen on CCTV footage delivering a “very forceful blow out of nowhere” over safety barriers which had been erected outside the main door of the pub.

Michael Collins BL said his client, who has no previous convictions, had learned a salutary lesson as a result of what happened, which has had major implications for him.

He said the incident had a major effect on a “potential career in club rugby” and that Mr Ademakin has since moved to the UK where he is studying Sports Science.

Imposing sentence, Judge O’Donnell said Mr Guerin had received a “single sucker punch” which has had catastrophic injuries for all concerned.

He noted that Mr Ademakin, who has apologised, has not been in trouble since the incident and has raised €5,000 in compensation.

He said the contents of a probation report were “extremely positive” and that he was also impressed with a number of testimonials which were submitted to the court.

He imposed a three year prison sentence, suspending it for five years.