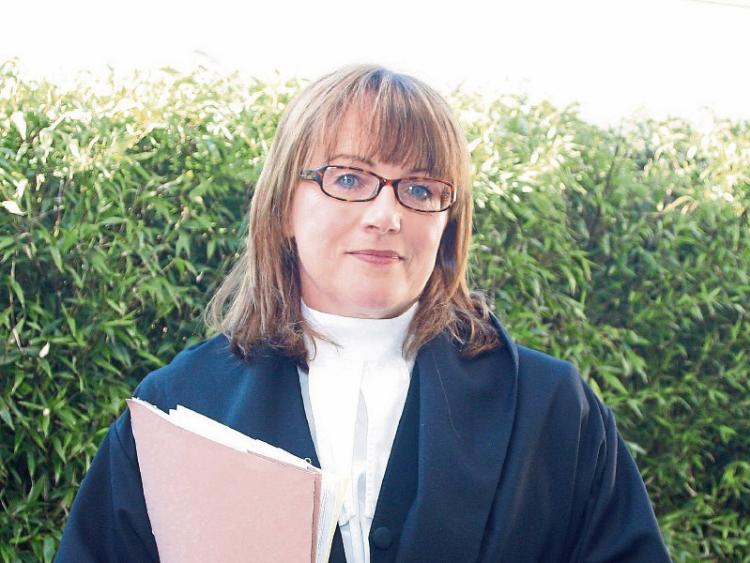 AT a contested case at Newcastle West court, Charlie McDonagh, 31 Sharwood Estate, Newcastle West denied a charge of careless driving in which his car hit a volunteer  traffic marshal during WestFest in the town last year.

The man who was hit, Mike O’Donoghue, said Mr McDonagh “shunted” his car forward in an attempt to get past a road barrier. But McDonagh said Mr O’Donoghue put his hand on the bonnet of the car, slipped and fell to the ground.

Garda Mary Clancy told the court she was called to the scene of a traffic accident at Churchtown about 10.20pm on September 10 last year and found Mr O’Donoghue, dressed in a motorbike helmet and hi-viz jacket on the ground in front of an Audi car. It was at the junction of Church St and the road into the Demesne where WestFest was taking place and where there was barrier preventing vehicles other than disabled and emergency vehicles going in, the garda explained.  “He was part of the traffic marshalls for WestFest,” she said. “He was in pain.”

Visibility was quite poor, she said. “There was  good lighting but it was very wet.”

When the ambulance arrived, Mr O’Donoghue was still on the ground, Garda Clancy said. No physical injury was found but his blood pressure was high and he was taken to hospital as a precaution and later discharged.

In his evidence, Mr O’Donoghue explained that  he was on his motorbike that night, working with marshals and stewards on directing traffic to car park spaces but at about 10.15, when another volunteer, was called away on fire-service duty, he went to help at the barrier into the Demesne.

A few minutes later, a white Audi turned in off the street, he told the court, explaining that he was standing just behind the barrier, at the passenger side of the car.

“The car stopped. It was flaking rain,” he said. There were a lot of people running about, trying to get out of the rain. “I stayed standing at the passenger side. I shouted at the driver, you can’t go in there. You can park up here and pointed to the top of Churchtown. The car shunted forward toward me. I stayed standing. The car shunted a second time, hit me and knocked me down.”

“When I fell that car came forward again. I was sure that car was going to drive over me,” Mr O’Donoghue said. He later had an x-ray in hospital.

Solicitor Pat Enright, in cross-examination, put it to Mr O’Donoghue that his account of where he was standing was in direct contradiction to the statement given by fellow steward Gwen McNamara who said he was hit by the driver side of the car and was thrown on to the bonnet.

“I fell on the bonnet and from there on to the ground,” Mr O’Donoghue said. He rejected the suggestion he “walked out in front “ of the car.

The car, was trying to move between the barrier and Club Mision, Mr Enright said.

Gwen McNamara said she took up duty at the barrier about 7.30 or 7.45pm and that prior to the incident “we had stopped a lot of vehicles going into the Demesne.” She said she had stopped McDonagh’s car from going in a few times. She had noticed it, “constantly driving up and down”.

Giving evidence about the incident, she said she had signalled to McDonagh that he couldn’t enter the Demesne. “He put down his window and I said there were no cars going in.”

McDonagh, she said, mounted the kerb to cut inside her and Mike O’Donoghue who was beside her. Mr O’Donoghue, she said, was coming around to the driver’s side to reiterate that it couldn’t go through, when he  came over the bonnet and went down.

“The two of you gave inconsistent statements,” Pat Enright said. “Mr McDonagh did not see him.”

Ms McNamara pointed out that Mr O’Donoghue was highly visible with a jacket and flashing lights. “He was knocked to the ground by the impact of the car,” she said.

McDonagh in his evidence said he had driven his son into the Demesne earlier in the night when there was no barrier in place. Later, his son rang him to collect him. “I turned in left. Mike O’Donoghue ran from one car to me.

He was talking to someone. There was a woman or a man inside. When he seen me, he just ran. He put his hand on the lower part of of the bonnet.” Mr O’Donoghue, he said, slipped.

He denied Mr O’Donoghue said anything to him. “I just stopped and got out,” he said.  He also denied mounting the kerb.

Derek Keary was walking out of the Demesne, he told the court. “I saw Mr O’Donoghue walk across. It looked to me as if he put his hand on the bonnet and slipped.” The car, he told Inspector Alan Cullen, was stopped. “He was plain to be seen the way he was dressed.”

Another witness Richard Long was walking out with Mr Keary. “The car was just turned left. I could see Mr O’Donoghue come across the barrier towards the car, put his hand on the bonnet, slip across the car and fall to the ground,” he said.

Solicitor Pat Enright argued that this was not a case of careless driving. Earlier he had pointed out that the gardai had not sanctioned any road closure, had not erected and were not manning the barrier. There was a major conflict of evidence, he went on.  And there was no injury.

“In the circumstances, there is no evidence for a charge,” he said.

Judge Mary Larkin said she had absolutely no doubt Mr McDonagh had decided he was going to get access to the Demesne, had mounted the kerb to squeeze in and kept on coming.

“I am satisfied he did not drive the car carefully. If he did, he would have waited. What he did on the night was at the very least careless.”   Convicting McDonagh, she fined him €500 and disqualified him from driving for six months.

Recognizance with leave to appeal was fixed at his own cash bond of €250.