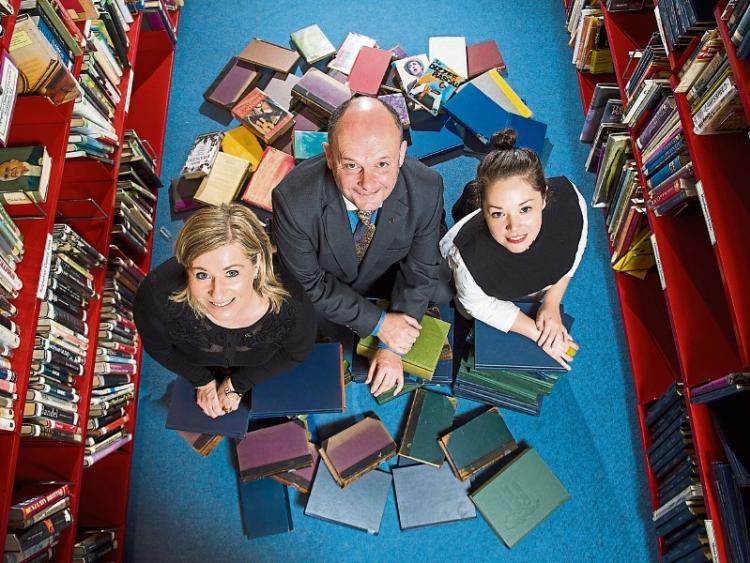 Karen Brosnahan, Jerald Cavanagh and Aoife Potter-Cogan at the launch of Summit of the Book at Limerick City Library

The Treaty City will be in good company as it hosts one of the most prestigious book events in the world, an honour only bestowed upon cities which have had a significant ‘global cultural impact’.

The 5th international Summit of the Book conference will take place in the Strand hotel on November 2 and 3, thanks to the work of local librarians and academics.

“Culture in Limerick is increasingly playing an important role in the city’s rejuvenation, and The Summit of the Book will put Limerick on the map globally,” said Mayor of Limerick City and County Council, Cllr Kieran O’Hanlon.

Organisers of the conference include Limerick Institute of Technology librarians Jerald Cavanagh, Padraig Kirby and Monika Bukowska, as well as Dr Philip Cohen from DIT, Helen Fallon from Maynooth University and Terry O’Brien from WIT.

They worked in conjunction with Limerick City and County Council and the Shannon Region Conference and Sports Bureau.

The keynote address by Dr Ismail Serageldin is tipped to be a highlight. The internationally renowned academic is travelling to Limerick from his base at the Bibliotheca Alexand- rina, or Library of Alexand- ria, in Egypt.

He is advisor to the Egyptian Prime Minister on culture, science and museums, as well as having served as Vice President of the World Bank from 1993 until 2000.

While here, he will meet with Limerick City and County Council to discuss plans to build a new public library for the city.