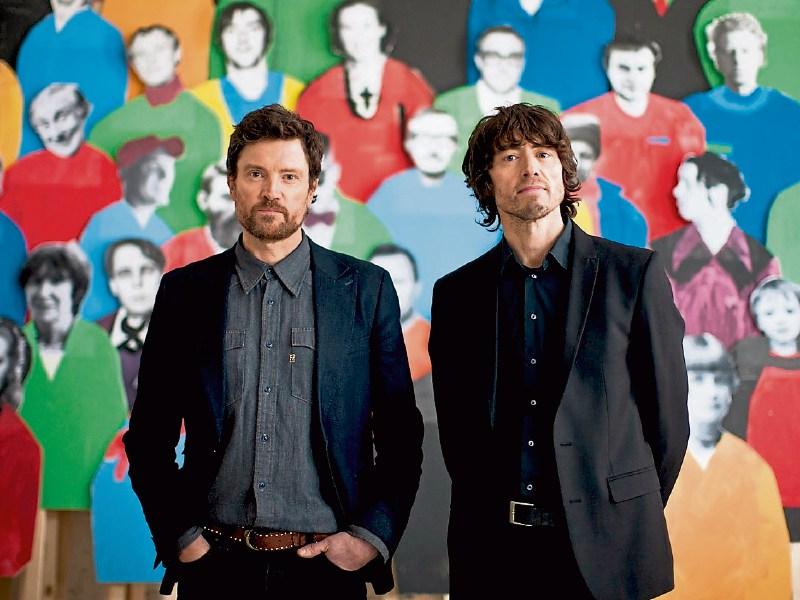 Steve and Joe Wall: 'We're nice guys so we took the promoters at their word'

TOP Irish band The Stunning was one of a number of music acts owed thousands of euro following last year’s WestFest in Newcastle West.

However, lead singer with the The Stunning, Steve Wall said they would be happy to return to Newcastle West for a gig, provided they were paid the full amount up front.

“I wouldn’t have any personal grudge against any of them,” he told the Limerick Leader.

The WestFest organisation, the limited company Knights of WestFest Ltd, went into liquidation early last month with debts of approximately €120,000.

Steve Wall, revealed this week  that the band had only received half its agreed fee of €15,000.

And, he told the Limerick Leader, it was “galling” to have been caught out. Their contract with WestFest, he explained, specified they should have been paid the full amount before their gig. However, he said, they believed what they were told, that the money would be transferred by bank draft the next day.

“They gave us their word. We didn’t want to disappoint people either,” he said. “The gear was on stage. We trusted them. We went on. We did a great gig.”

But the remaining money was not paid the following day. Nor was the money paid in the weeks and months following, despite several “assurances”.

“It's particularly galling that they knew that night there was no money to pay us,” Steve Wall said.

Had the promoters been honest and told them the full story, they might have reached some agreement, he said.

“It's also galling that all the other acts got paid but The Stunning got stung as we closed the festival and we're nice guys so we took the promoters at their word.”

However, since Monday, the Limerick Leader has learnt that while at least one band was paid its full fee,  at least two other acts were not paid at all and some acts only got part of their money.

According to sources, the organisers, in trying to deal with the situation post-festival, came to agreements with some acts on lower fees and so they do not appear as creditors.

The Limerick Leader also understands that the company which provided light and sound for the four-night event is also owed thousands of euro. According to Mr Wall, the company also sustained €60,000 damage to equipment.

The money The Stunning did receive covered their expenses, he acknowledged but because the band does very few gigs they were, effectively, out of pocket.

It was the second gig of 2015 which had gone wrong for them, he explained. A gig in Killarney was cancelled at very late notice. And he acknowledged they had also been stung at the Volvo Ocean event in Galway some years ago.

“I put the post up as a warning,” he told the Limerick Leader of WestFest.

“The festival organisers were inexperienced and didn't do their homework. They spent a small fortune on bringing acts in from the UK and putting on a huge production. And they didn't have a contingency plan for bad weather,” he said.

“Lots of people think they can put on a festival, book artists and the people will come. But it's not that simple and experience is key. Also, there's a casual attitude to defaulting on musicians fees, which absolutely sucks! It's like it's no big deal to shortchange artists, as they're no real threat when it comes to the legalities,” Mr Wall added.

However, when asked about his attitude to Newcastle West now, Mr Wall said The Stunning would be happy to play again in the town, provided they got their full fee “up front.”

A switch of venue from the town square to the Demesne meant higher set-up costs. But it was the bad weather which really upset their plans, beginning with an amber weather warning on the first day of the four-day event.

According to our sources, the organisers had actually budgeted for lower sales of weekend tickets than in 2014 but the torrential rain of Friday night, the second night of the festival, left them several thousand ticket sales adrift. “Had those tickets been sold, it would have a very different story,” the source said.

Individual event sales for the following two nights did not make up the shortfall.

The sources also told the paper that the organisers had hoped to “trade” their way out of the financial fiasco that was WestFest 2015.

They organised two fund-raisers earlier this year to achieve this and had plans for a one-off big event which they hoped would generate substantial funds. But the fund-raisers were not well supported and they were unable to proceed with their big event.

“They have had a lot of sleepless nights over the whole thing,” the sources said.

“They have suffered over it too. They  were all volunteers. They came up with the idea of a festival at a time when the country was in recession. They only wanted to do something for the town.”

There was some strong online reaction after the story broke earlier this week. Many expressed support for The Stunning but some posts criticised the organisers.