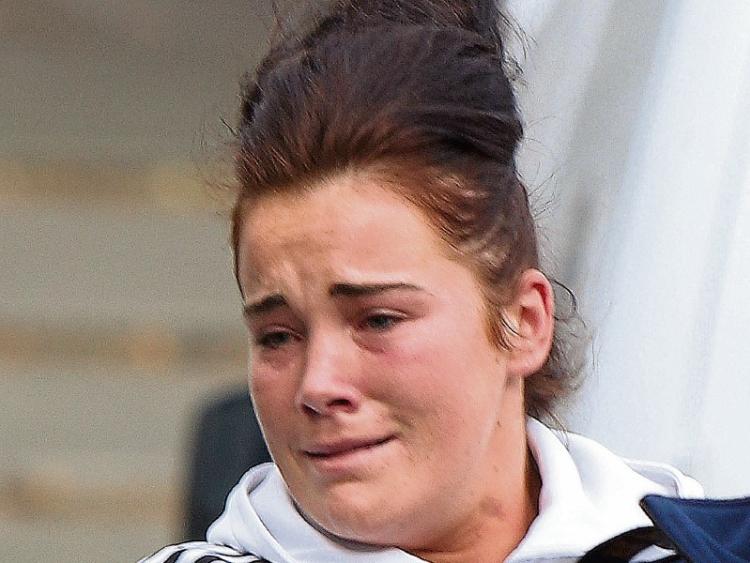 A YOUNG mother who repeatedly stabbed another woman in the head with a broken bottle has been sentenced to three years’ imprisonment.

Susan McCarthy, aged 22, of Aster Court, Keyes Park, Southill had earlier pleaded guilty to assaulting the 21-year-old at Parnell Street in the early hours of October 15, 2014.

She also admitted assaulting another woman on the same night although her injuries were not serious.

During a sentencing hearing, Detective Garda Gary Laide said following a verbal altercation with the women at around 2.30am, McCarthy “lost it” and attacked the woman.

The defendant, who had consumed a cocktail of anti-depressants and alcohol, repeatedly stabbed her with the broken bottle.

After knocking the woman to the ground, McCarthy "sat on top of her" and stabbed and punched her about the head and body, said John O'Sullivan BL, prosecuting.

Detective Garda Laide agreed the attack was “frenzied” in nature and that the victim, who suffered a collapsed lung was “passing in and out of consciousness”.

Witnesses told gardai they heard McCarthy shout at Ms Delaney "I hope you f****** die" as she stabbed  her.

Mr O'Sullivan suggested that but for "divine providence the consequences of the attack could have been “more horrific".

He said the victim had made a "miraculous recovery" and the court heard that while she sustained permanent scarring, it is not obvious.

Mark Nicolas SC said his client now understands the wrong she has done and that she would “wind back the clock if she could”.

“It was an absolutely dreadful event,” he said adding that she has been engaging with the various services in prison.

Judge O’Donnell said the unprovoked assault was “horrific, serious and vicious” and that it must attract a custodial sentence.