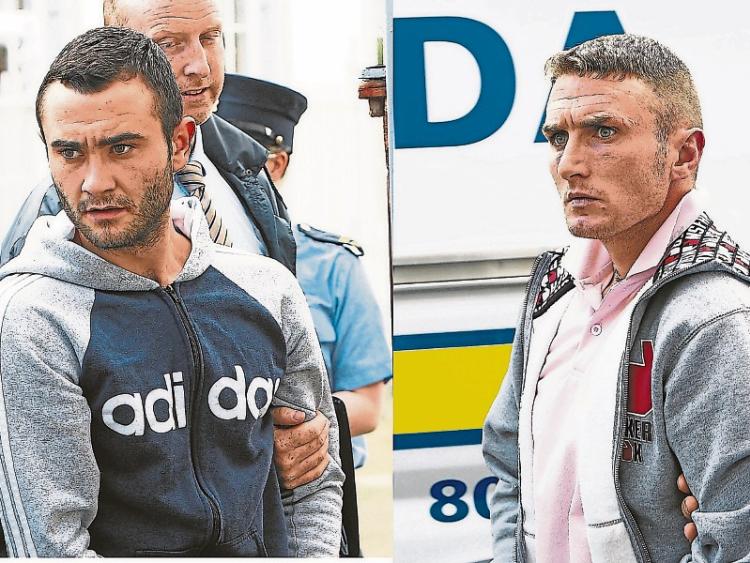 David Casey and Michael Casey will be sentenced in December

Angela Denning made her comments this afternoon during the sentencing hearing of two cousins who have admitted breaking into the home of John O’Donoghue at Toomaline, Doon, on August 27, 2015.

David Casey, aged 23, who has an address at Carragh Park, Coolock, Dublin 17, and Michael Casey, aged 33, of Clonlong Halting Site, Southill have been in custody since they were arrested a number of hours after the burglary.

During a sentencing hearing, Sergeant Michael Reidy said the defendants and another man had targeted several houses in East Limerick – including that of Mr O’Donoghue – on the same day in what he described as an “organised operation”.

Limerick Circuit Court was told Mr O’Donoghue and his sister, Christina who also lived at the house, returned home from a day’s shopping shortly before 2pm.

Sgt Reidy said on arrival they noticed a black Renault Laguna parked across the road and then realised there were intruders inside their home when the occupant began “honking the horn” repeatedly.

Mr O’Donoghue who located a shovel in a shed collapsed a short time later as he approached the house.

John O’Sullivan BL, prosecuting, said attempts to resuscitate the 62-year-old were unsuccessful and that he was pronounced dead at the scene.

The defendants, the court heard, were apprehended by gardai a short time later and both expressed remorse and regret when informed that Mr O’Donoghue had died.

In a victim impact statement, Ms Denning said words cannot describe the impact her uncle’s death has had on her family.

While understandable, she said the media coverage in the immediate aftermath of his death was “unbearable” and that she no longer watches the news as she cannot stand seeing gardai crime scene tape or men in white forensic suits.

She said her aunt had to move out of her home following the incident as it was a crime scene and that she now worries about something similar happening to her relatives.

She told the court the less obvious things are the hardest to cope with adding that she and her family have lost a “kind, clever, talented and very witty man.”