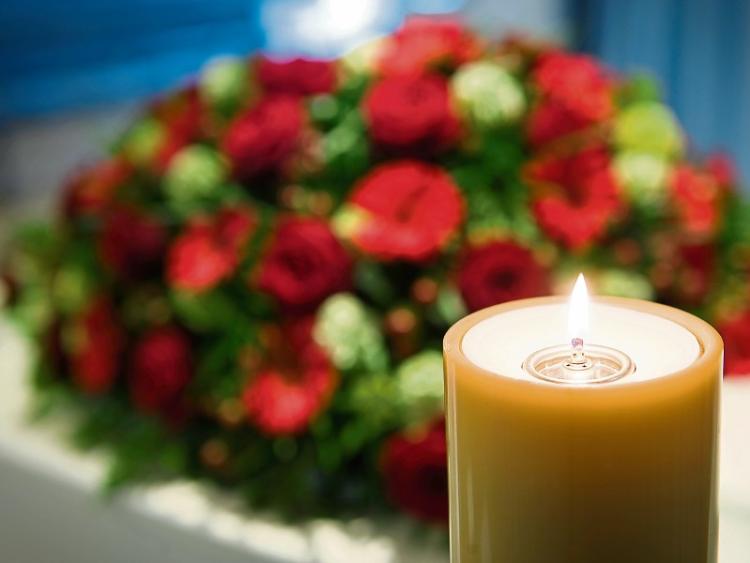 Reposing at Thompson's Funeral Home, Thomas Street on Sunday evening from 5pm to 7pm followed by removal to St Munchin's Church. Requiem Mass on Monday at 11am with burial afterwards in Castlemungret Cemetery.

The death has occurred of Kathleen (Kay) Leahy (née Hennigan), on October 27. Kay died peacefully in the wonderful care of the staff at Caherass Nursing Home. Wife of the late Kevin, loving mother of Mary, Anne, Angela, Trish and Kevin and beloved sister of the late Madeline, Lauri and Michael. Deeply regretted by her children, her 11 grandchildren, sons-in-law, daughter-in-law, sisters Marie, Joan and Carmel, sisters-in-law, brother-in-law, nephews, nieces, cousins, relatives and her many friends.

Reposing at Griffin’s Funeral Home, John’s Gate on Sunday from 4pm. Removal at 6pm to Our Lady of the Rosary Church, Ennis Road. Requiem Mass on Monday at 11am. Funeral afterwards to Crecora Churchyard.

The death has occurred of Martin John Browne, of Maiville, Kilrush Road, Ennis/Glin, on October 26, peacefully at Cork University Hospital. Will be sadly missed by his son Nathan, parents Betty and John and his close friend Mike Cosgrave, uncles, aunt, cousins, relatives and many friends.

Reposing at Healy's Funeral Home, Glin on Friday from 5pm until 8.00pm. Requiem Mass on Saturday at 12 noon in The Church of the Immaculate Conception. Burial afterwards in Kilfergus Cemetery, Glin. No flowers please. Donations if desired to The Kidney Dialysis Unit, Limerick.

Removal to the Church of St. Charles Borromeo, Confey, Leixlip on (Friday) evening arriving at 6pm. Funeral on Saturday morning after 11am Mass to Confey Cemetery.

The death has occurred of Patrick (Paddy) O’Neill, of Lenihan Avenue, Prospect, Limerick city on October 25. Peacefully, at Milford Care Centre. Deeply regretted by his sister Rose, brothers Ned and Liam, sisters-in-law, brother-in-law, nieces and nephews, dearest friend Mary and all other relatives and friends.

The death has occurred of Julia Molony (née Hilton-Green), of Ottersfield, Manister, Croom, on October 26, peacefully at St John’s Hospital.

Requiem Mass in St Michael’s Church, Manister on Saturday at 12 noon with burial afterwards in the adjoining cemetery. No flowers please. Donations if desired to the Irish Injured Jockey’s Fund.