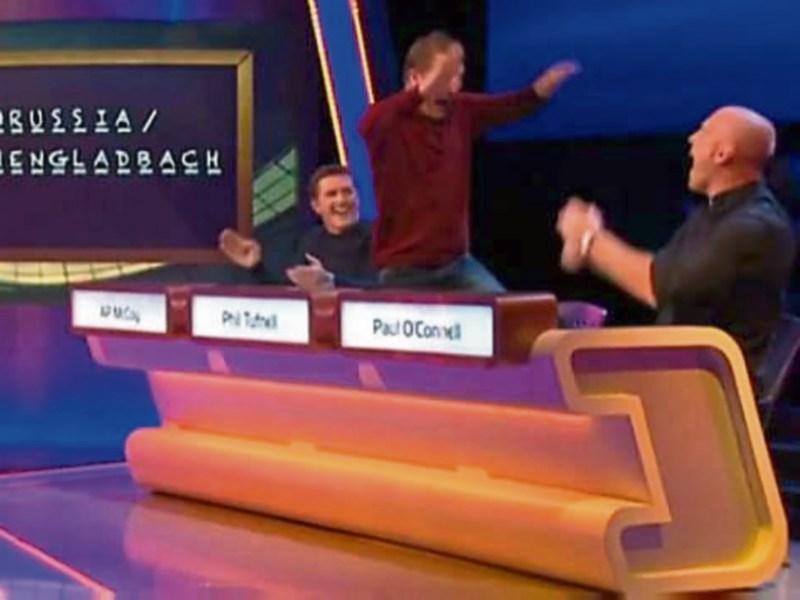 A VIDEO clip from a popular tv quiz show in which Munster and Ireland legend Paul O’Connell correctly guesses the answer to a 23-letter puzzle has gone viral.

O’Connell appeared on the the BBC programme, A Question of Sport, with former English cricket player Phil Tufnell and jockey AP McCoy

In the clip, the trio are given first opportunity to solve a Hangman-type puzzle after McCoy correctly identified tennis player Goran Ivanisevic's nationality as being Croatian.

They are then presented with a 23-letter puzzle, which had just two letters revealed – ‘I’ and ‘G’

"Anything to do with sport," host Sue Barker said. "It could be a venue, a person, a team, a sporting term. Good luck - or do you want to move on."

While team captain Tuffnell wasn't confident and was ready to move on, O'Connell had an idea as to what the answer was and began attempting to match what was in his head with what was on the board.

The crowd in the studio erupted, giving O'Connell a standing ovation while Sue Barker threw cards with the remaining questions over her shoulder joking they were no longer needed.

But as the celebrations died down O’Connell questioned why his team would only be awarded a single point.

"Now you know what I was up against when I used to play against Paul O'Connell. Not only has he got one of the greatest answers of all time on A Question of Sport, he complained about how many points it was worth."