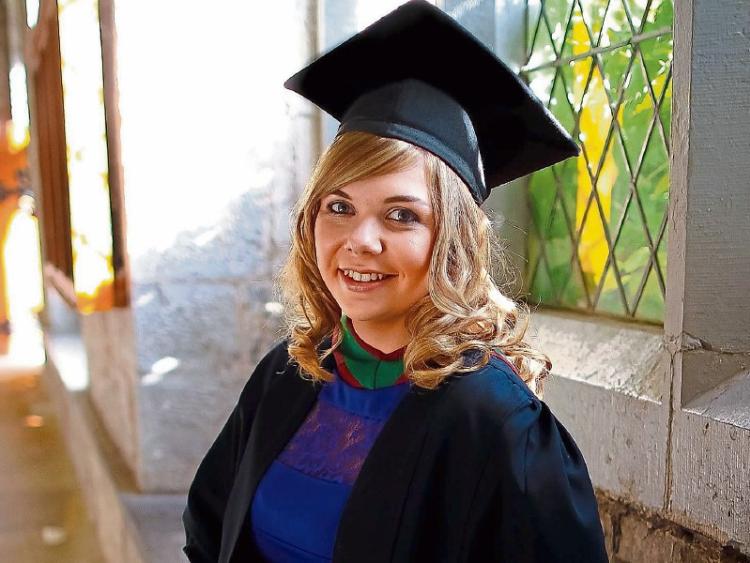 IT IS NORMALLY the other way around but Lisa Marie Sheehy has graduated from UCC with a Bsc Government degree two years after being elected a councillor.

The youngest female local representative in the country said she “loves the irony of being an elected councillor before getting a degree in politics”.

“I think it went in my favour as I didn't just fit into the status quo. I asked questions and looked at things from a different perspective. It helped me to put my studies into practice but I think with the merger of Limerick City and County Council we were all on a learning process with different procedures.

“I do feel that my experience as a student, while in a role of office, has helped in the way I look at my job as I like to come up with new ideas. For example, the youth bank that was set up in the Cappamore/ Kilmallock district, I proposed this and have done a lot of work on it. Young people got experience of budgeting, interviewing and decision making in allocating the money to different youth groups.” said Cllr Sheehy, who is aged 22. She said it was “stressful at times” being a full-time student and a local councillor but it was “all worth it in the end".

Cllr Sheehy is continuing her studies in UCC with a two year part-time Masters in Voluntary and Community Sector Management.

“It is now great to change the balance and be a part-time student - being in college only one day a week – and a full- time councillor.”