Limerick man jailed for locking pensioner in room during burglary 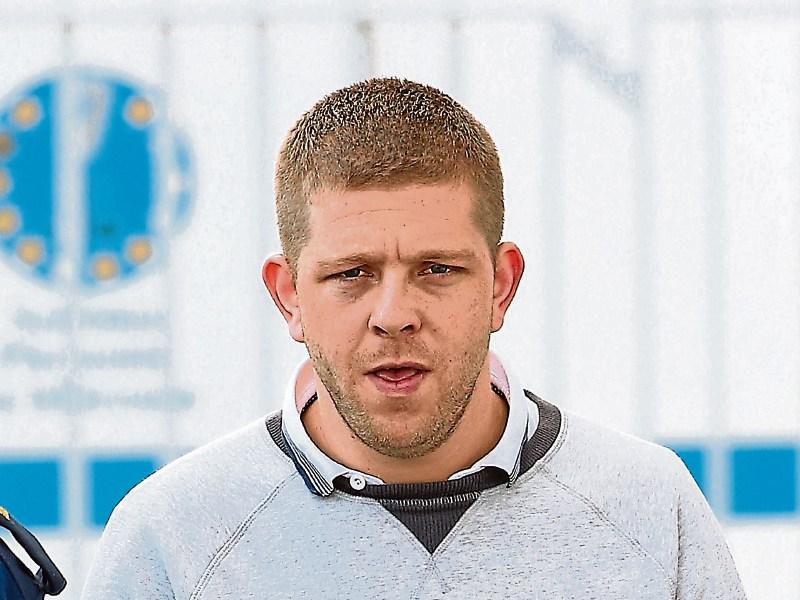 Martin Ward (pictured in July) was sentenced to three-and-a-half years’ imprisonment after he admitted falsely imprisoning a pensioner Picture: Press 22

A SERIAL offender who locked a pensioner in a room during a botched burglary has been jailed for three years.

Martin Ward, aged 26, who has an address at Fairgreen Hostel in Galway pleaded guilty to charges of burglary and false imprisonment relating to an incident at Singland Drive on February 23, 2014.

During a sentencing hearing in July, Limerick Circuit Court was told the incident happened on a Sunday afternoon shortly after Michael Clancy (67) was alerted to a number of young men who were acting in a suspicious manner near his home.

Detective Garda Gerard Healy said after he realised that they had broken into a neighbour’s home, he entered the house and confronted the culprits.

Inside the house, one of the intruders threw an ash tray at his dog and Mr Clancy was struck in the face as he retreated to a box room under the stairs.

The culprits then threatened him before locking him inside the room.

Mr Clancy managed to escape a short time later and the culprits were quickly apprehended nearby.

While the defendant, who has 69 previous convictions, denied any involvement following his arrest, John O’Sullivan BL, prosecuting submitted he had been “caught in the act” and that the case against him was “very strong”.

Andrew Sexton SC said his client, who can’t read or write, had consumed a considerable amount of alcohol and had not set out to break into the house or falsely imprison or injure anybody.

Imposing sentence yesterday afternoon, Judge Tom O’Donnell noted the defendant’s guilty plea had been of “major benefit” to Mr Clancy who was not required to give evidence during a trial.

While accepting the incident was “spontaneous” he said the violence shown and Mr Ward’s previous convictions were aggravating factors.

“He has a very bad record,” he said commenting that this was “not helpful”.

The judge noted that Mr Clancy was not detained in the room for “very long” but added that it was still a very frightening experience for him.

Ward was sentenced to three years and six months’ imprisonment.

The sentence was back-dated to April.