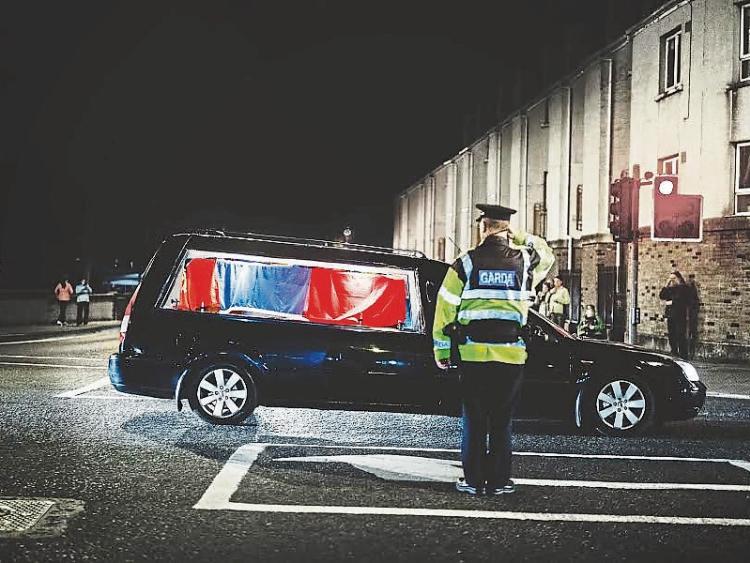 Brian Arthur's image of a garda saluting the hearse; below, Sportsfile's pic of Simon Zebo and Ken Coleman's digital image

THE LIFE and untimely passing of rugby legend Anthony Foley has produced many homages to the man, father, son, team-mate, Heineken Cup winner, and coach that he was.

Among the striking images which touched people's hearts was the photo of a garda standing to salute, as the coffin bearing the remains of the 42 year-old father of two, who died in Paris, was brought from Shannon Airport, through the city, and past his spiritual home in Thomond Park.

Captured by photographer Brian Arthur, it received over 8,900 'likes' on Facebook alone, in addition to over 1,500 shares. Brian told the Leader that in actual fact he passed at least three members of An Garda Siochana along the route, and all saluted the hearse as it passed by.

The home of Munster Rugby was also the scene of poignant, moving and highly-charged emotional scenes on Saturday last, as the home team beat Glasgow Warriors in a tribute to their fallen coach.

Munster and Ireland star Simon Zebo was also pictured, with a tear streaking down his face, and looking to the heavens - in a symbolic nod to his beloved coach - after a triumphant try. 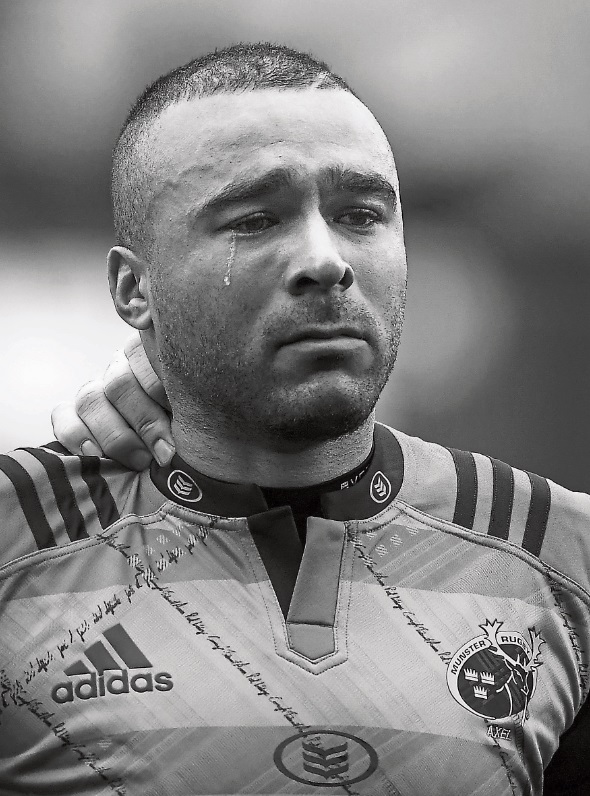 And for many, it was hard not to grieve, as Anthony's sons, Tony and Dan, joined the players on the pitch at full-time for a powerful rendition of Stand Up and Fight - a sight which reduced many grown men to tears.

Photographer and digital artist Ken Coleman also produced a striking image of 'Axel' running onto the pitch, and seen in the above graphic. Ken said he “can't get over the the online reaction” to his illustration. 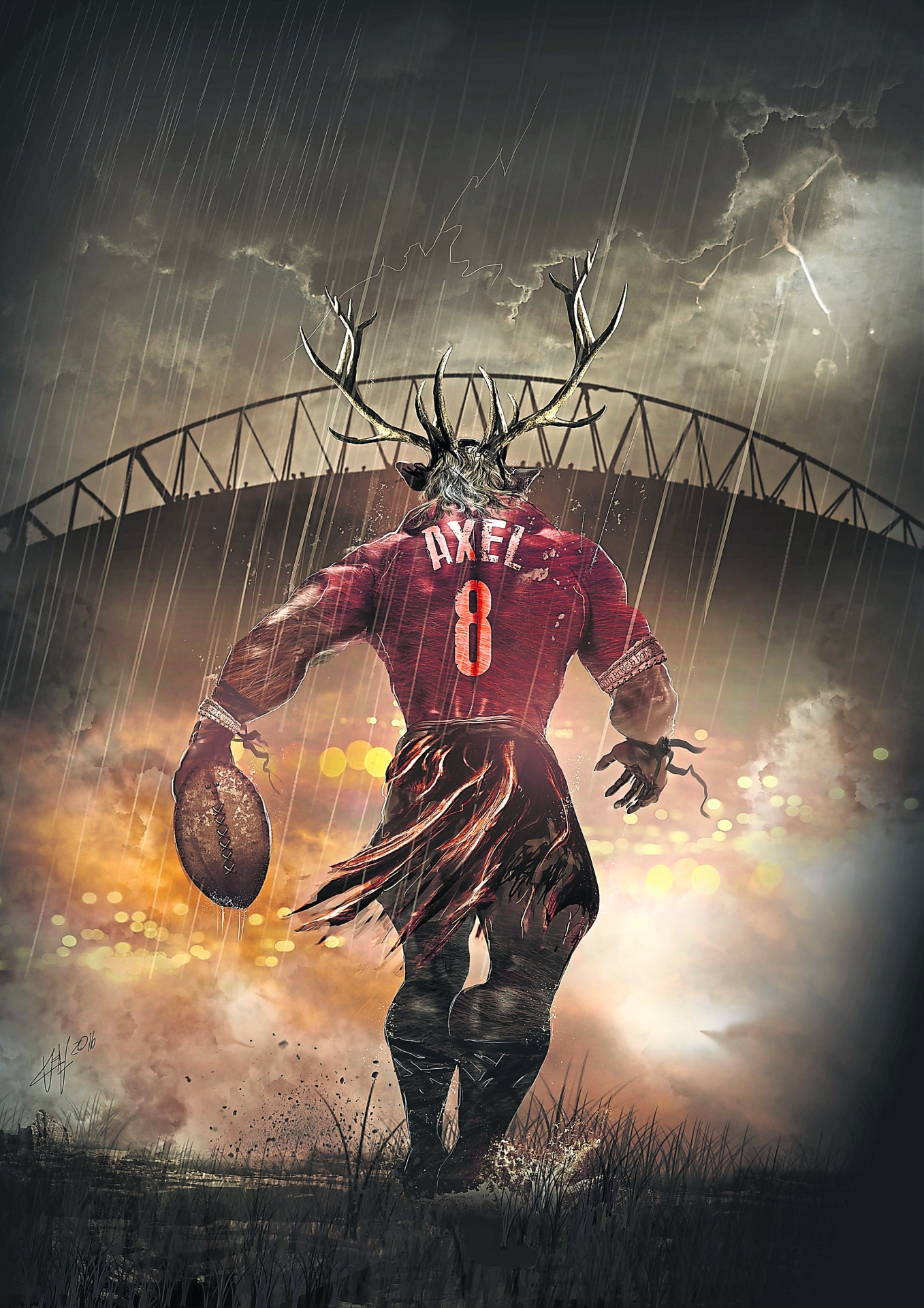 “I have done some Munster based art before, more on capturing the spirit of the fans and the team, rather than depictions of the players themselves," he told the Limerick Leader.

“I have a lot of friends who are die-hard Munster fans so I did this for them as much as anyone. I have had reactions and private messages from as afar a field as Japan.

“People have also been extremely respectful in asking for permission to use the image as their profiles pictures in tribute to Anthony over the weekend. It just goes to show the immense passion, emotion, respect and heartbreak that people felt over the weekend. I am delighted I created something that helped express that but I never expected that incredible reaction.”