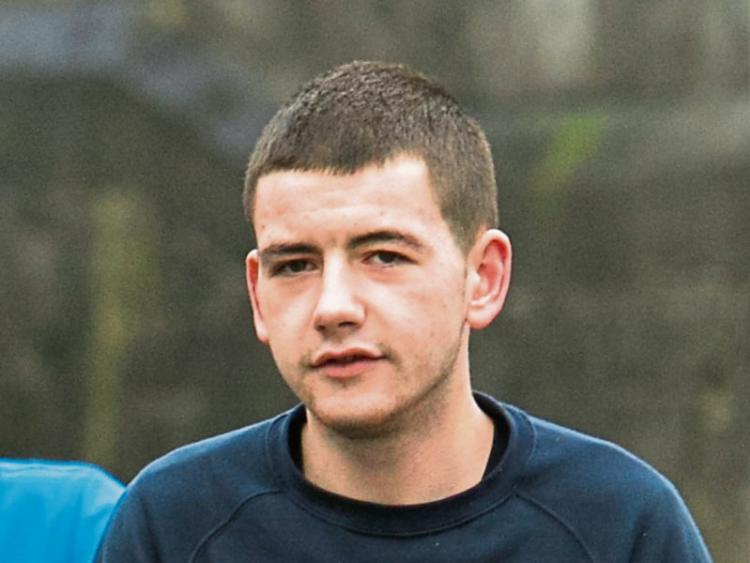 Clyde Keogh (pictured in January) will be sentenced in December Picture: Press 22

A YOUNG man who robbed a number of “vulnerable school-going children” during a 20 minute “violent crime spree” was motivated by a need to fund his chronic drug addiction, a court has heard.

Clyde Keogh, aged 20, who has an address at Ballyclough Avenue, Ballinacurra Weston has pleaded guilty to three counts of robbery and one count of attempted robbery relating to incidents which happened on the morning of January 25, last.

During a sentencing hearing this week, Garda Stephen Noonan said all of the offences happened within a “100 metre radius of Athlunkard Boat Club” shortly after 8am.

He said the victims, who cannot be identified because of their age, were either walking or cycling to school when they were confronted by Keogh who demanded they hand over their mobile phones – which included a Samsung S3, a Sony Experia and an iPhone 4.

Gardai Noonan said after the fourth victim alerted his parents to what had happened the defendant was detained by his father pending the arrival of gardai.

Keogh, who has a large number of previous convictions, was highly intoxicated when arrested and could not be interviewed for several hours as he was declared medically unfit by a doctor.

Limerick Circuit Court heard that Keogh told one 15-year-old boy he would stab him if he dod not hand over his mobile phone.

During a second incident, the defendant approached another boy and asked if he could use his phone.

When the boy said he did not have a sim card, Keogh threatened him saying he would shoot and stab him.

“He was afraid and did think that he would be shot,” said Garda Noonan.

Judge Tom O’Donnell was told when Keogh was interviewed he made admissions to gardai and has since apologised for his actions.

None of the mobile phones, which are each worth several hundren euro, were recovered.

“He believes his arrest was a turning point in his olife. He doesn’t believe he would have survived much longer,” he said.

Noting the defendant has made progress in prison, Judge O’Donnell requested that a probation report be prepared as he believes such a report would be “imperative” before he imposes sentence.

He said he was conscious that Keogh had been “living quazi rough” for a period before the offences and has concerns about what might happen if he is “left to his own devices” again.

The judge said in considering the appropriate sentence he “cannot lose sight” of the victims who, he added, must have been absolutely terrified by their ordeal.

Keogh, who has been in custody since his arrest, was remanded in continuing custody until December 16, next to facilitate the preparation of a probation report.