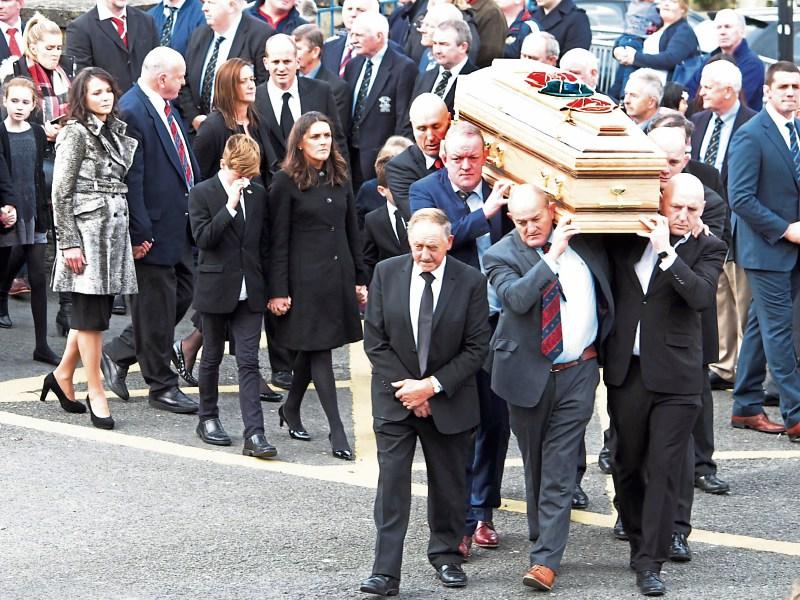 “That, there, was courage. Courage and dignity.”

Former Irish rugby star Tony Ward was speaking this Friday afternoon, moments after Olive Foley, the wife of the fallen sportstar Anthony, stood at the altar of St Flannan’s Church in Killaloe to put into words what her husband meant to her.

“Anthony trusted me with everything, with the children, their schooling, the house, everything. And I intend to honour that trust and I'm going to make sure that our two adored boys will grow up decent, solid men, full of integrity and honesty, just like their dad,” she vowed.

From 9.30am mourners began lining up along both sides of the catholic church in the County Clare town.

Over 30 journalists had staked out their places from early morning. Among them was a reporter from L'Équipe, a French nationwide daily newspaper devoted to sport.

While the audience outside the church gates may have been global, the scenes inside the church at The Green in Killaloe was strictly private, pulsing with pride for a father, husband, son and friend.

The previous day Anthony’s coffin had sat in the same place under the large crucifix as thousands filed past to pay their  respects.

To see him lying still, at just 42, in an open coffin in a church was too much for many.

His family had taken him home on Thursday night for his last night on Foley’s Hill.

On Wednesday night candles had been lit in windows in homes across Killaloe to guide him on his journey from Limerick to County Clare.

“The tributes that were paid passing Thomond Park, passing his beloved Munchin's - the whole drive from Limerick to Killaloe and the homecoming he got as he was brought through our town and the candles and prayers..it was beautiful,” wept Olive this Friday lunchtime.

“He would absolutely have ….hated it,” she followed up, to spontaneous applause which rippled through the church,  out into the yard of the church and across the rolling Clare hills.

In the same yard nearly everyone seemed to have a story about Anthony Foley.

On the stroke of noon as The Fields of Athenry were played on radio stations across Munster, the fallen sportsman’s teammates, who will play their Champions Cup game on Saturday against Glasgow in Thomond Park, lined up outside St Flannan’s Church.

He had taught them tactics to toughen their minds for testing times. They needed them now. Munster supporters in cherry-red jerseys maintained a discreet distance from the church.

Shop workers came out from behind their counter to stand vigil as the procession neared and passed.

They whispered to each other as the leading lights in rugby including Paul O’Connell, Brian O’Driscoll, Ronan O’Gara, Simon Zebo and Joe Schmidt came into view. 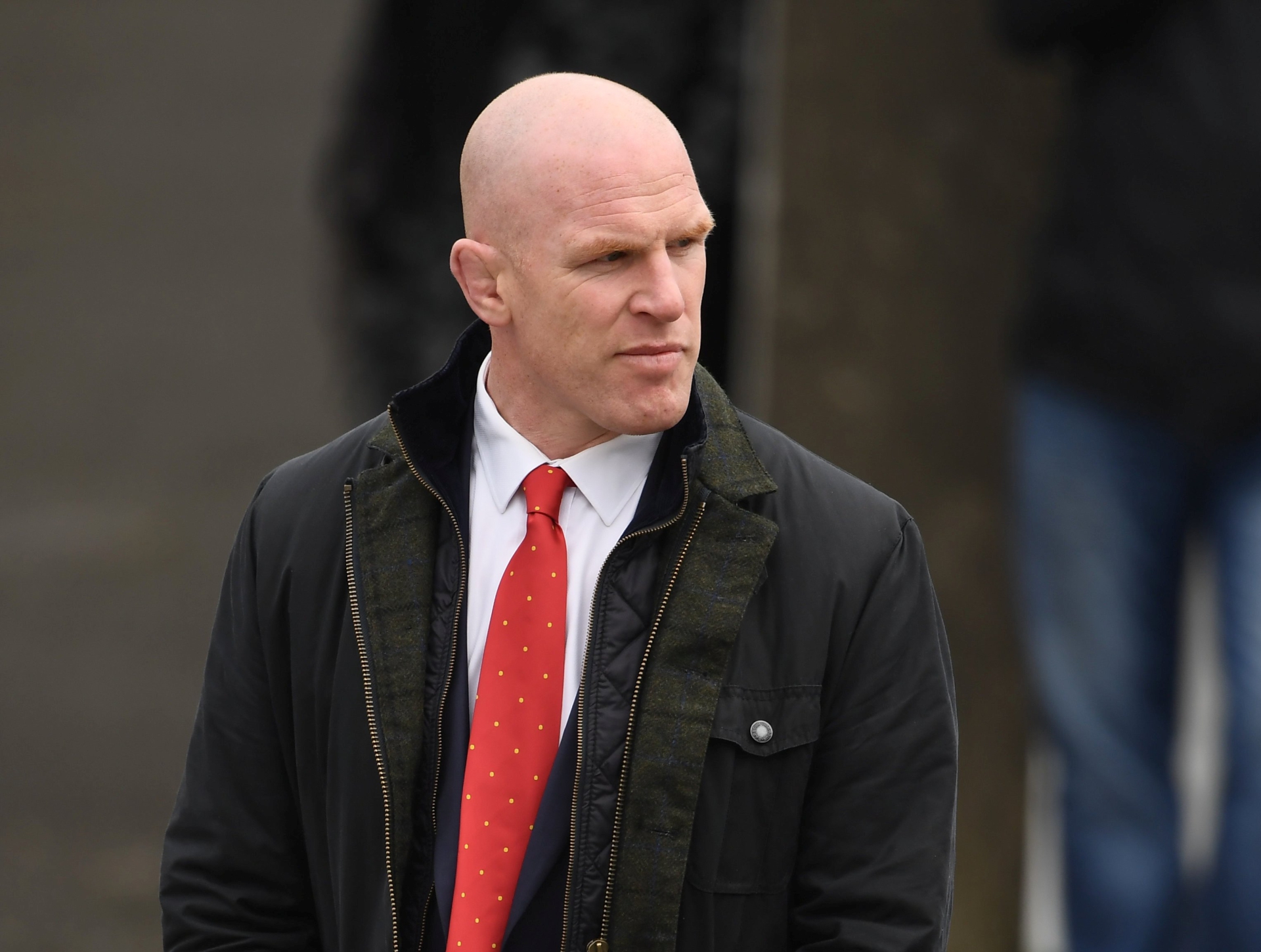 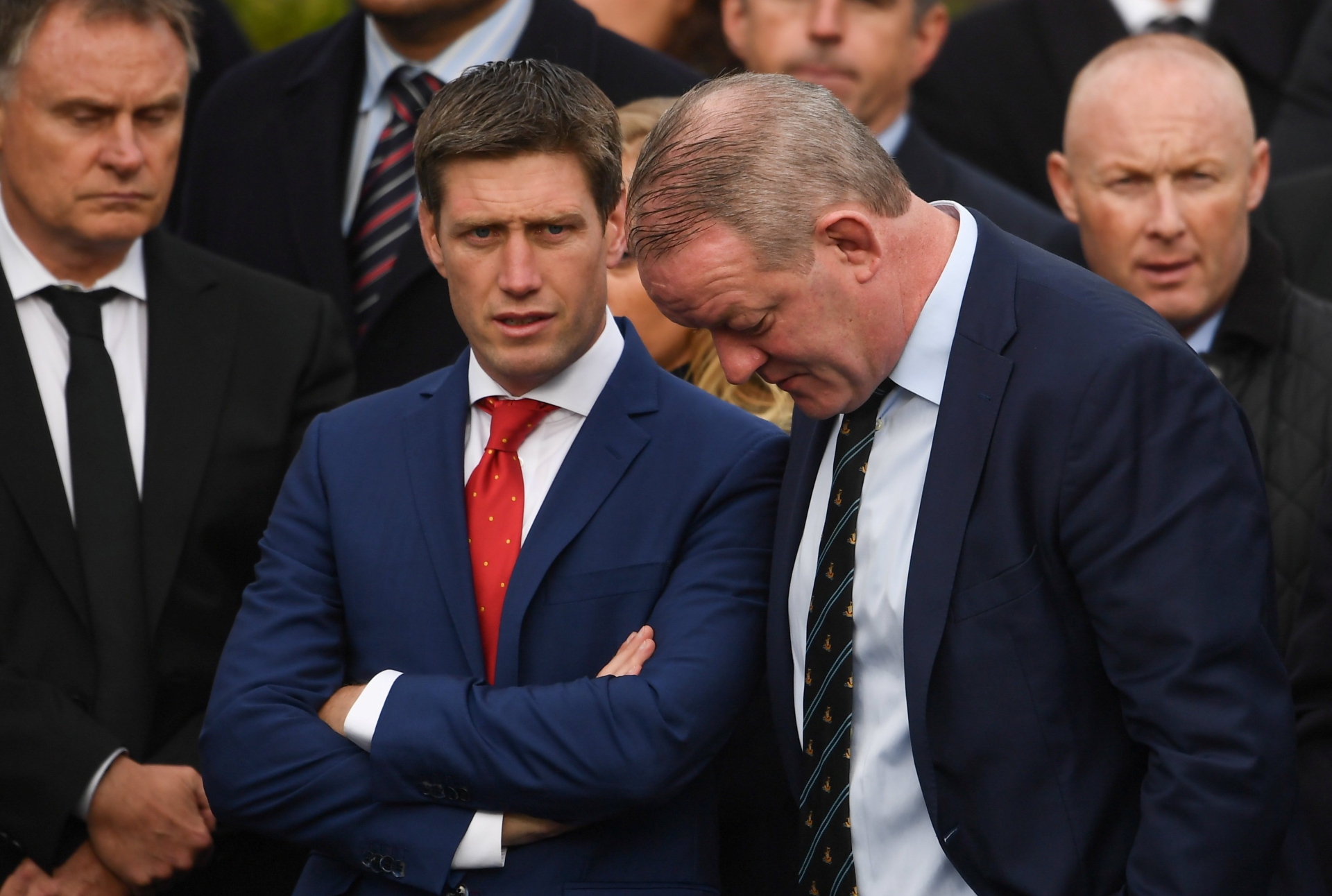 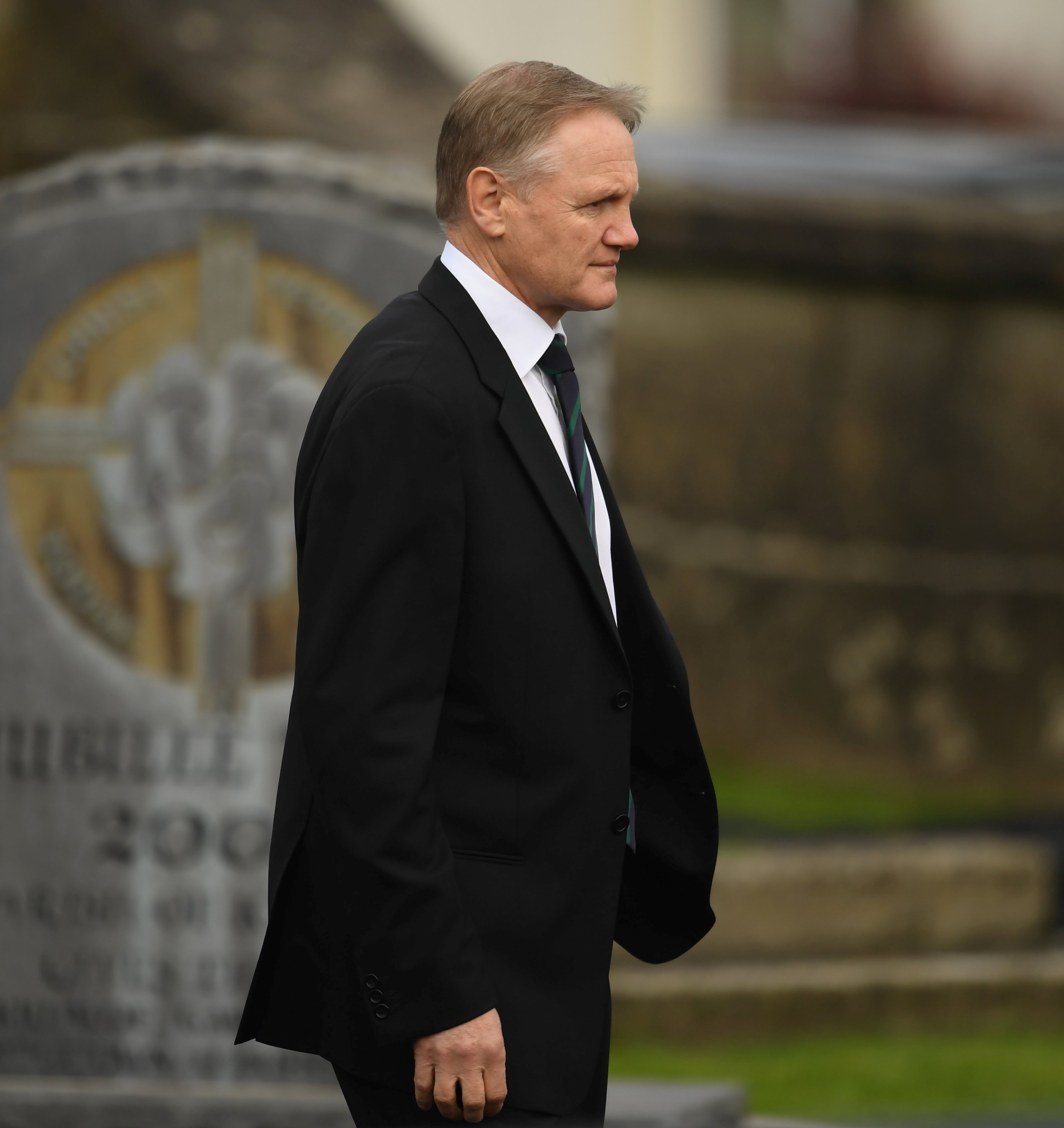 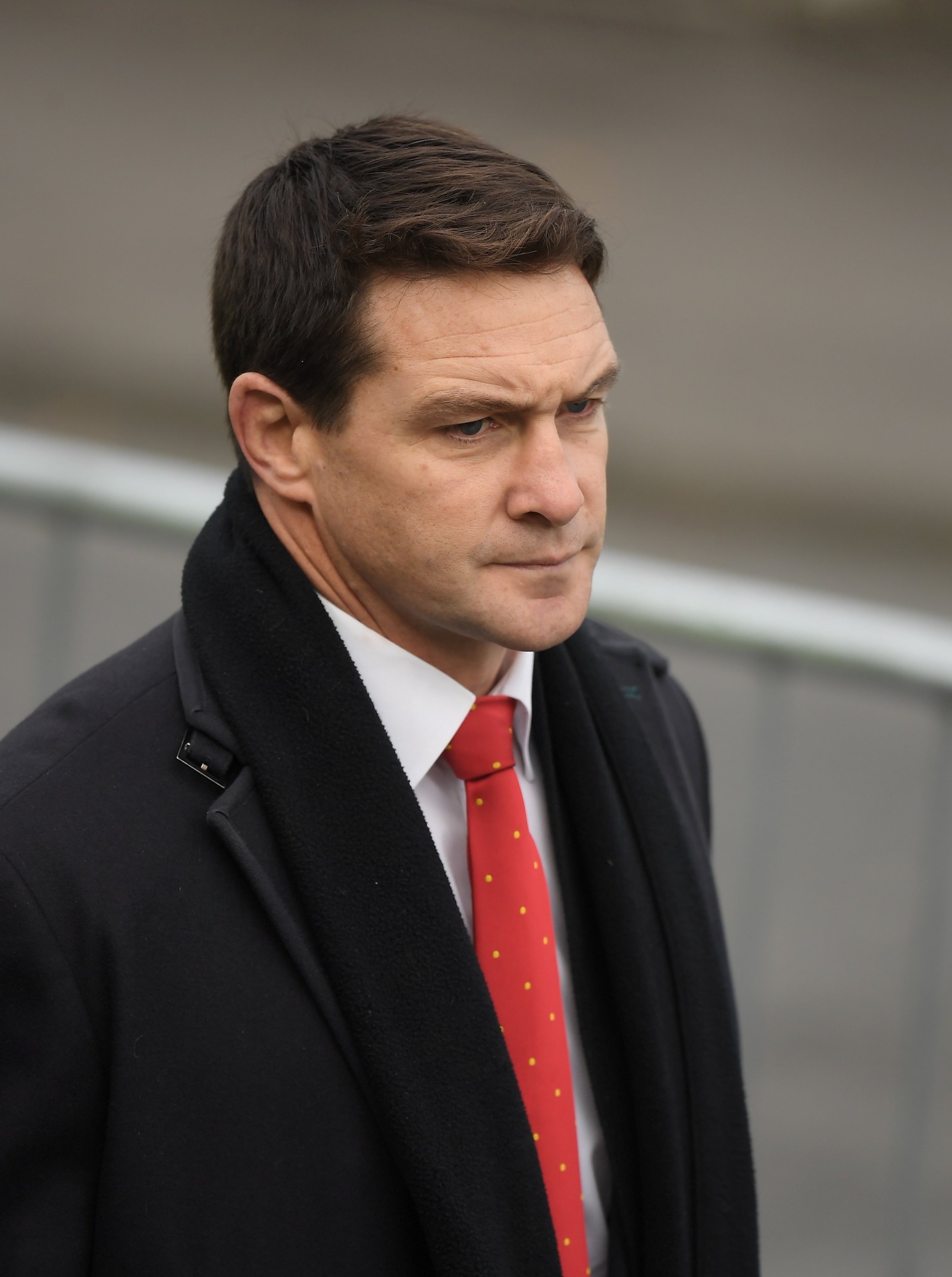 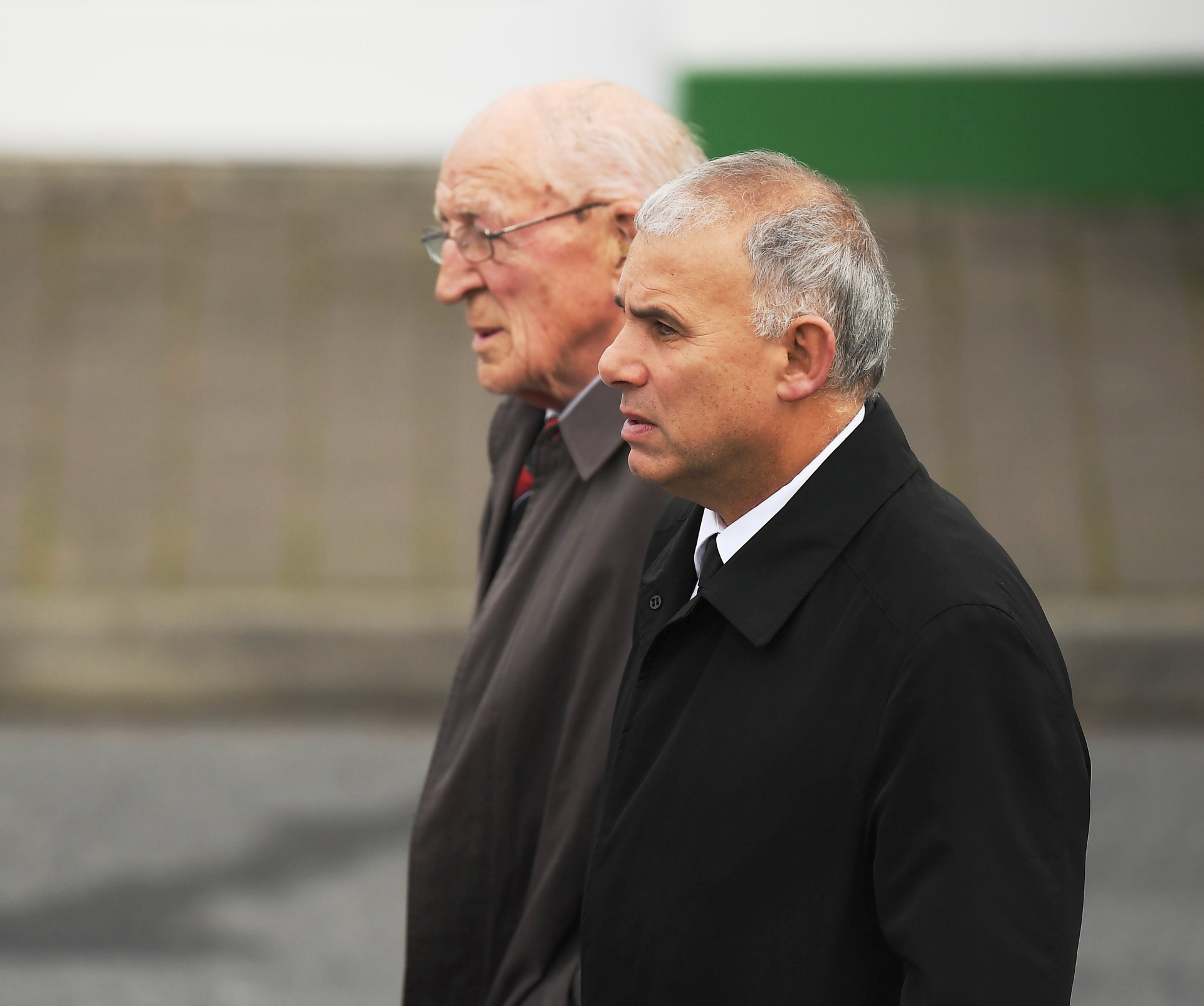 During a two-hour sermon Fr Pat Malone, PP, Clarecastle as well as Olive reminisced about a man who “never held a grudge”.

The Munster and Irish legend, died suddenly in Paris on Sunday.An autopsy revealed that Foley had died from acute pulmonary oedema caused by heart disease, a condition that resulted in a build-up of fluid in his lungs.

Murroe, Killaloe, Limerick, Munster and Ireland has mourned in the days since.

“The last two years were very stressful for Anthony but he took that job as head coach and he gave it everything with the same passion that he had [when he] pulled on his jersey and won two Heineken Cups,” Olive continued.

“There were very rough days during the last couple of years. But, despite the pressure and hurt during that time, I've no doubt that Anthony now can smile down knowing that he gave it everything."

She said thanks to her wonderful friends and said she had no words to describe their support.

She was grateful to all those who put the “huge logistics operation" of his funeral into action.

And our faith will get us through this.  Lord, nothing is going to happen to me today that we can't handle together. We'll take one day at a time.”

In one of several poignant moments during her emotional tribute, Olive described her last conversation with her “soulmate” last Saturday week, just hours before he died.  Her voice broke with emotion when she mentioned their two boys. Tony and Daniel brought up the bread and wine to the altar for the offertory.

“We chatted about the lads and how they were getting on in the athletics, and how Tony was faring in the javelin.”

“Tony had a chat with too. It was a lovely conversation . . . I didn’t know it would be our last,” she said, breaking down. “It was an idyllic life. Our home was so happy and it was a haven for all the most important things in life. Anthony’s values were so perfect.”

“The show will go on and I’m going to stick to our plan, because Anthony is going to be with us in spirit every step of the way. He was my soulmate and we were perfect together. He will never leave my heart.” 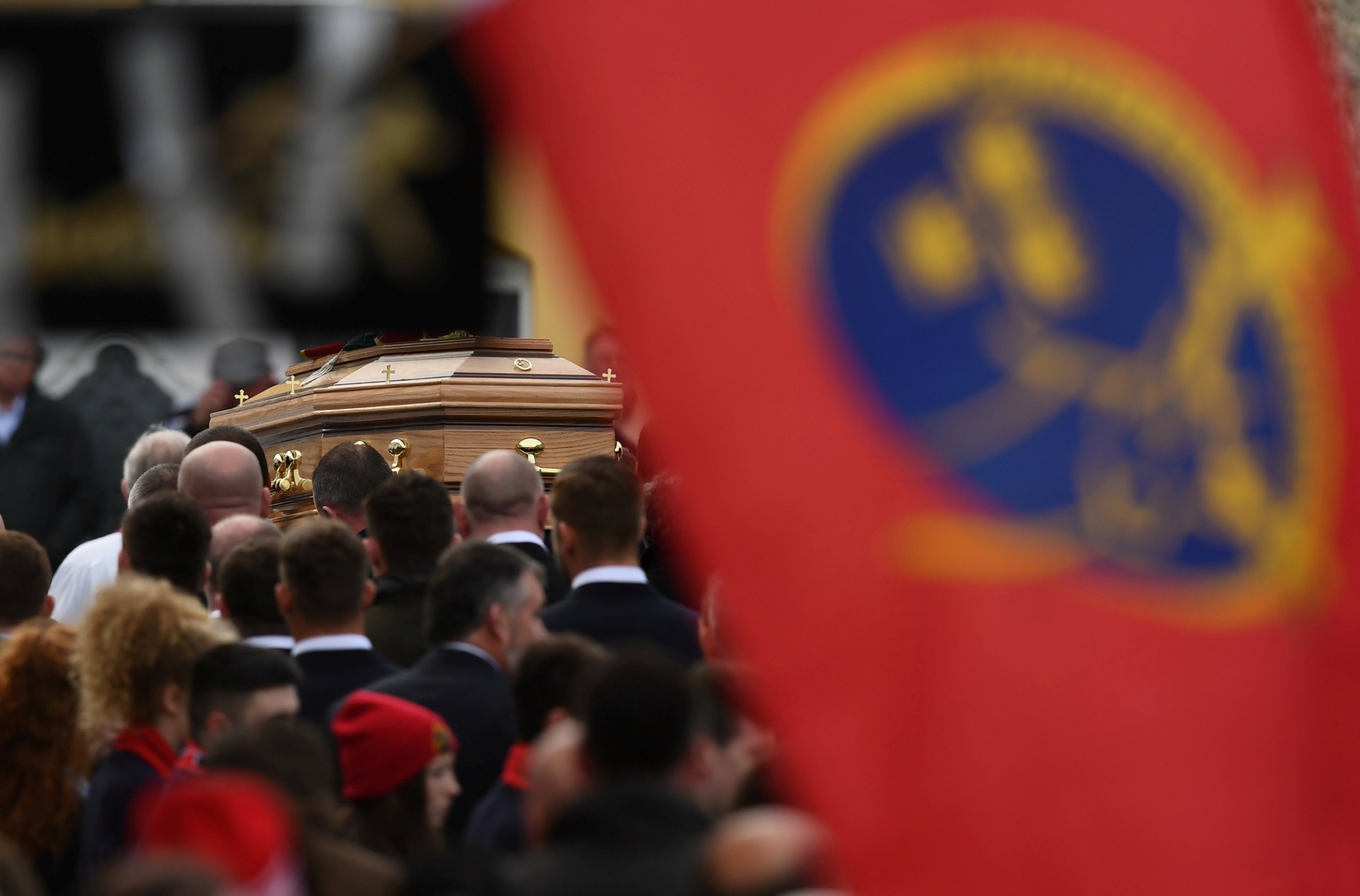