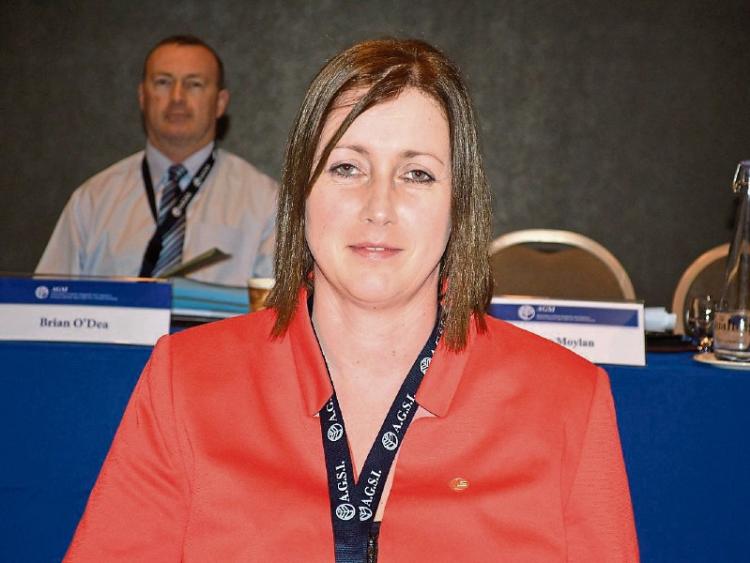 Antoinette Cunningham, president of the AGSI

AROUND 80 middle-ranked gardai across the Limerick division are expected to begin a campaign of industrial action this Friday as a row over pay and conditions escalates.

The Association of Garda Sergeants and Inspectors (AGSI) confirmed details of the industrial action following a Special Delegate Conference on Monday.

Members of the AGSI will refuse to use the garda PULSE system for 24 hours beginning at 7am on Friday while on Friday week (October 28)  they will also refuse to carry out any administrative duties.

Sergeants and inspectors will withdraw their labour on four consecutive Fridays in November - coinciding with strike action by rank-and-file gardai.

“We did not take this decision lightly, however we feel we have no choice but to show government how serious we are about restoring pay for our members. We also hope that senior garda management will respect our decision to take this action,” said AGSI president, Inspector Antoinette Cunningham, who is originally from Knocklong.

While this Friday’s action will have a minimal impact on members of the public or general policing in Limerick, senior garda management are facing the prospect have having to police the city and county with just a handful of personnel on each of the four Fridays in November.

In addition to Chief Superintendent David Sheahan there are currently just three superintendents in the Limerick division with one currently on long-term sick leave.

Members of specialist units such as the armed Regional Support Unit (RSU) and probationer gardai are not being asked to take part in the industrial action while members of the Garda Reserves are likely form part of any contingency plan.

General policing activities will be severely curtailed if the industrial action by members of the AGSI and GRA proceeds.

There will be no gardai on the beat, investigations will be stalled, public services such as the processing of passport applications will cease and there will be minimal enforcement of road traffic laws.

The single biggest event locally which may is likely to be under  threat is the highly anticipated clash between Munster and the Maori All Blacks which is due to take place at Thomond Park on November 11.

The Minister for Justice, Frances Fitzgerald, has expressed her disappointment at the decision of members of both the GRA and AGSI to begin a campaign of industrial action.