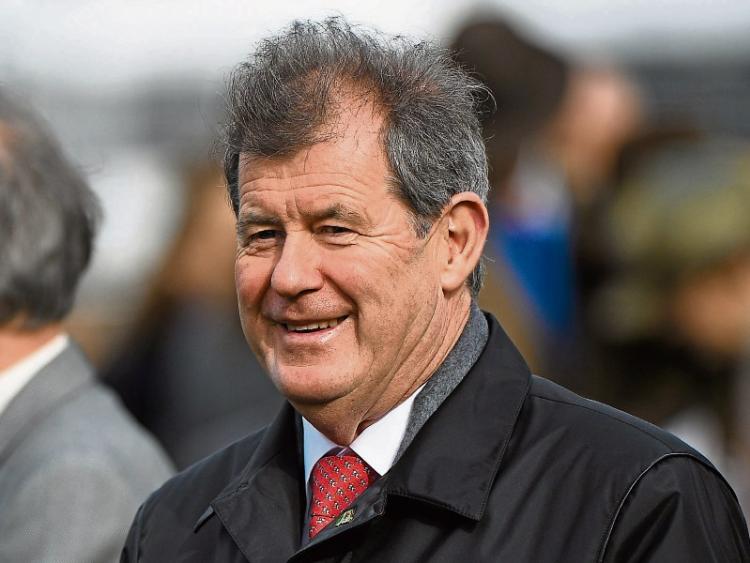 LIMERICK businessman JP McManus is continuing to fight in court in US in a bid to recover $5.2 million (€4.7 million) withheld in taxes in gambling earnings he won from a US billionaire during a backgammon match.

McManus is taking the case against against the US government in a bid to recover the six-figure sum withheld in taxes from $17.4 million he won from US businessman Alec Gores during a three-day backgammon match in California in 2012.

At a court hearing in Washington this week, Terry Giles, attorney for Mr McManus, questioned the motives of Irish Revenue officials in assisting their American counterparts, the Internal Revenue Service.

The IRS earlier claimed that Mr McManus does not qualify for a tax exemption on $17.4 million made from betting on a “serious backgammon match” as he was not a “resident of a contracting state” under the double taxation treaty between Ireland and the US.

McManus may not be the most liked person within the Revenue Commissioners because he is wealthy, well known and paid no tax for 15 years, his lawyer claimed in court.

Mr Gores withheld the $5.2 million on the money paid to Mr McManus on the basis that the winnings might be subject to US federal income tax.

The IRS said in a filing submitted to the US Court of Federal Claims in Washington that McManus, a tax resident of Switzerland, was “able to avoid Irish income tax by spending significant time outside Ireland in 2012, and thus he was not deemed a resident of Ireland for tax purposes.”

McManus has argued that his winnings should be exempt from US income tax under the treaty because he was an Irish citizen who paid the domicile levy of €200,000 to Ireland in 2012.

The Irish Times has reported that Mr Giles claimed that the Revenue “way-overstepped” its bounds in the case by disputing that the €200,000 domicile levy paid by Mr McManus and other wealthy Irish tax exiles meant he benefitted from a 1997 double taxation treaty between the countries that made his gambling winnings tax-exempt in the US.

Mr Giles told Judge Nancy Firestone that the Irish authorities were assisting in the case because it did not want the Limerickman, a resident of Switzerland, to have the $5.2 million he claims he is due.

Attorney Jason Bergmann, for the US government, argued that the Irish authorities had no financial interest in the case.

He told the court that €200,000 levy could not be considered a tax covered under the treaty because it was a limited type of “wealth tax” capped at a fraction of Mr McManus’s likely substantial worldwide income.

The levy was not a comprehensive tax on worldwide income because it was not linked to the amount of income earned globally, he said, but a capped amount imposed on Irish-domiciled citizens who had worldwide income in excess of €1 million and Irish assets worth more than €5 million.

“For Mr McManus, €200,000 is a drop in the bucket,” said Mr Bergmann, noting that if he won $17.4 million in one weekend “presumably his worldwide income was much larger than that”.

The case “gets very strange”, said Mr Giles, when the US government “hid the name” of the Irish tax official by redacting his identity from a letter sent to the IRS stating that the levy was not covered.

This meant Mr McManus could not question the official in a deposition, he said. He claimed the official may have breached Irish law by disclosing what was not a covered tax under the treaty.

Mr Bergmann said that the name was withheld by the IRS, not the Irish tax authorities. “No one should infer that Ireland was trying to hide something,” he said.

Judge Firestone asked both sides to agree to a sealed “protective order” keeping the identify of the official private to the parties. She expressed concern that an individual may be exposed to a potential criminal liability for a violation of Irish law.

Mr Giles also argued that under the “non-discriminatory” article 25 of the treaty Mr McManus should not have his gambling winnings taxed in the US became they are not taxed in Ireland, describing it as the “good-for-the-goose-is-good-for-the-gander clause”.

The judge asked for further written submissions from both sides on this issue at the end of the hearing.