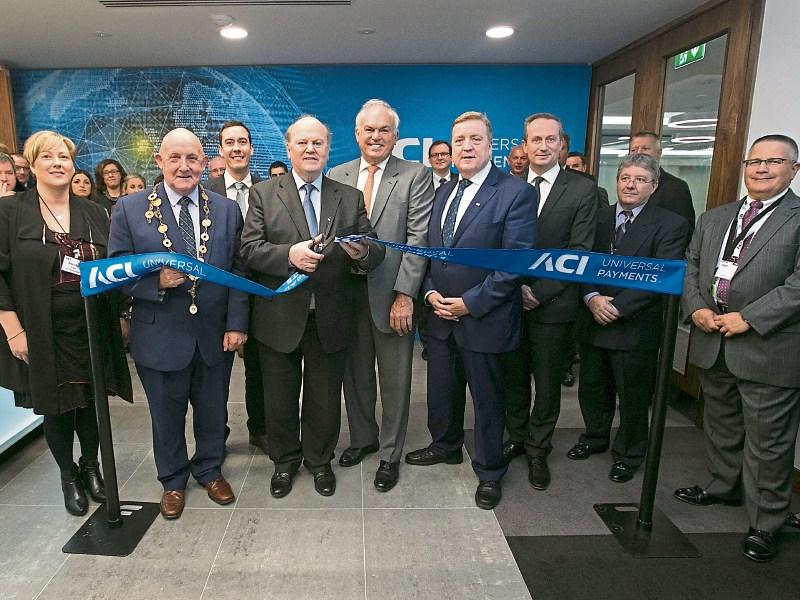 THE boss of ACI Worldwide, which has just announced at least 50 new jobs in Limerick, said it is staff in the city which persuaded the firm to expand.

Philip Heasley, who heads the electronic payment and banking solutions firm, praised the 82 workers currently at the company, which unveiled its new data centre in Plassey.

“I’m glad we made the decision to build a data centre here. We could have built it in many places in Europe. But we stuck very tenaciously to building it here. There were lots of reasons it may not have worked. But I don’t know if we could have built it as quickly anywhere else, or with the same level of enthusiasm that everyone has displayed and the amount of hard work done,” he said.

ACI, which can count Ireland’s two largest banks, among its clientele, has invested $20m at the new centre in the former Flextronics factory.

And while the IDA has officially announced there will be 50 new jobs, the company in presentations, actually indicated there will be closer to 70, as it ramps up its headcount to 150 workers.

Finance Minister Michael Noonan said: “It’s a great company. It’s another great announcement for Limerick city in particular.. Going from 82 jobs to 150 jobs is quite significant. You can see from the physical layout of Plassey, and the parkland atmosphere that this is the new Ireland. These are the kind of jobs we want to see here, and these are the kinds of companies we want to bring in.”

ACI exists to provide electronics payments, banking and fraud protection solutions and services to more than 4,600 financial institutions, retailers from billers around the world.

Founded in Naples, Florida, it employs 4,500 people globally. It opened in Limerick in 2006.