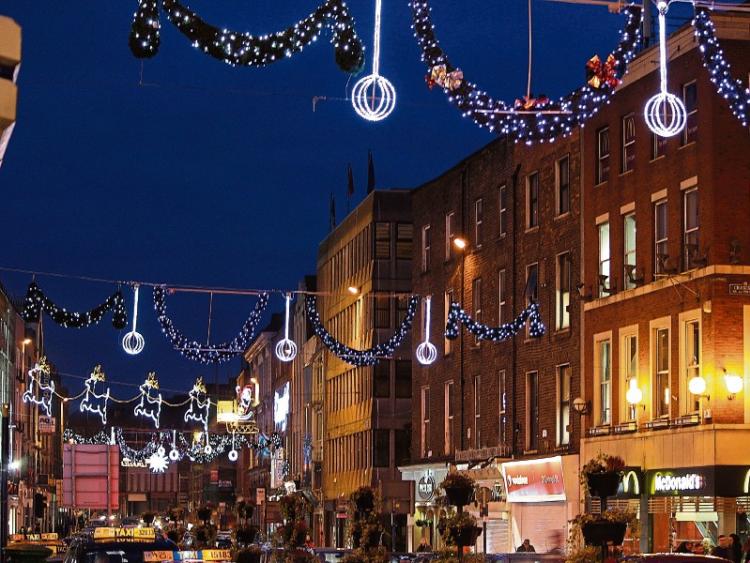 It was alleged during the meeting that the council executive told members in a private briefing that €88,000 of the discretionary budget should be allocated for Christmas lights

METROPOLITAN councillors have failed to pass part of the local budget after it was claimed management were dictating where discretionary funding should go.

This Monday, the General Municipal Allocation (GMA) estimates were presented to councillors in the city area.

In essence, this is a devolved set of powers in the overall budget given to the metropolitan district to allow spend on roads, tourism development, traffic management, plus special projects.

Just over €500,000 was given to city councillors – but there was anger after it was alleged the council executive told members in a private briefing that €88,000 of this should be devoted to Christmas lights.

Normally, the fund for the maintenance, electricity and erection of the lights comes from the overall budget – and this is a stance the councillors want maintained.

“I feel this was like a gun being held to our heads: either put that money on Christmas lights, or we will be made the grinches at Christmas, and there will be no Christmas lights for anyone. Ratepayers pay their rates for services like this, so it should be coming out of the general budget, not the very little discretionary funding we have,” said Sinn Fein councillor Séighin O'Ceallaigh.

Fianna Fail councillor James Collins said: “Whatever the split is, it must remain discretionary. There will be Christmas lights, it’s just the cost of them will come from the main budget.”

He said the GMA is being used to “fix holes” and “underpin deficiencies” in the main budget.

Cllr Collins was also critical over the lack of information given to councillors about what the executive was proposing in the GMA.

“We told the executive, when they were proposing taking money out of the GMA, to give us the full budget, and we will find savings elsewhere. But I am having great difficulty getting this information.”

Labour councillor Joe Leddin agreed, saying: “We are operating in a vacuum here. How can we decide on €500,000 when we do not have the full budget of the council to hand.”

The GMA budget will come before members again next Monday.