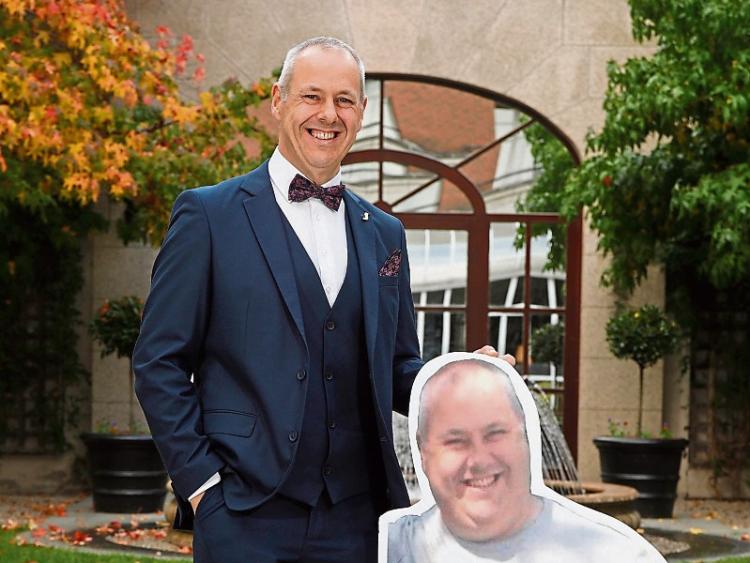 SUPER slimmer Martin Loftus, 46, a father of three from Newcastle West who used to eat a full Irish for breakfast every day and who went on to shed a staggering 8 stone 8lbs, was crowned Unislim Man of the Year at an awards ceremony in Dublin this week.

Martin was one of four people from West Limerick who made it to the final of the competition this week after losing a total of 27 stone between them.

The other three were Rosemary McMahon from Newcastle West, and Mary Curtin and Paul O’Mahony from Abbeyfeale who were among 14 slimmers from all over the country who made it to this Wednesday’s final.

Martin lost 8st 8lbs and now weighs 13st 5lb. “Working shift hours in my job, I would find myself eating, at times without realising. I started to notice how my weight was affecting me when I found it hard to do activities with my kids,” he said.

He joined Unislim with his wife in October 2014 and while he was initially hesitant, he now regards it as one of the best days of his life. “Looking back now, 18 months on with 8s tone 8lbs down I’m so glad I joined Unislim. I can now shop anywhere, wear the clothes I want and enjoy a healthy and active life. I recently ran my first ever 10k in 1hr and six minutes. My new lifestyle absolutely blows my mind,” he said.

Mary Curtin, 23, lost 5st 13lbs and now weighs 10st 1lb.  “From as far back as I can remember, I was always overweight. I tried a few diets, but always put the weight back on. But when I saw a picture of me taken by a friend, I realised that something had to be done,” she said.

Paul O’Mahony, 32, joined Unislim after he experienced severe heart pains due to anxiety. Since then he has lost 8st and now weighs 13st 11.5lbs. “My message to men is that it’s never too late to start, there are four men in my class alone, and just look at what I’ve achieved in one year,” he said.

Rosemary McMahon, 51, was feeling very low after losing her mother to cancer so she decided in 2005 to make a “positive change” to her life.

She joined Unislim with her daughter Mary in August 2015 and has since lost 5st and now weighs 11st 1lb. “Remember it’s never too late, I didn’t see the light until I was 50 but my life has changed for the better,” Rosemary said.