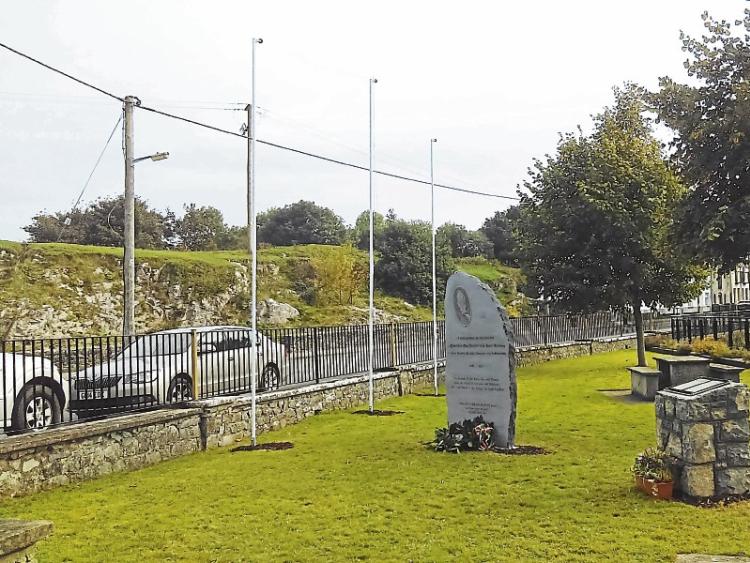 VANDALS who cut down three flags from a new memorial park in Askeaton just hours after it was officially opened have been accused of treason by a local councillor.

Gardai in West Limerick are investigating the incident which occurred on Sunday, October 9. Earlier that day, almost 1,000 people had attended the opening of Pairc na Saoirse where a memorial stone was unveiled to commemorate local people who had fought for Irish Independence.

The Irish flag, the European flag and the Limerick flag were cut down from the flagpoles overnight and were later found dumped nearby.

Local councillor Kevin Sheehan said he was “disgusted” by what happened.

“Whoever took it upon themselves to desecrate the site have insulted my entire community and insulted the memory of those great people of 1798 to 1921 who gave of their time and their energy and in some cases their lives in assisting Ireland in gaining freedom for its people,” said Cllr Sheahan, who was a member of the committee which organised the commemoration events.

“In another country, on another day, it would be considered to be treasonable,” he added.

”I am absolutely disgusted on behalf of the community who have been truly supportive of what we have been doing.”