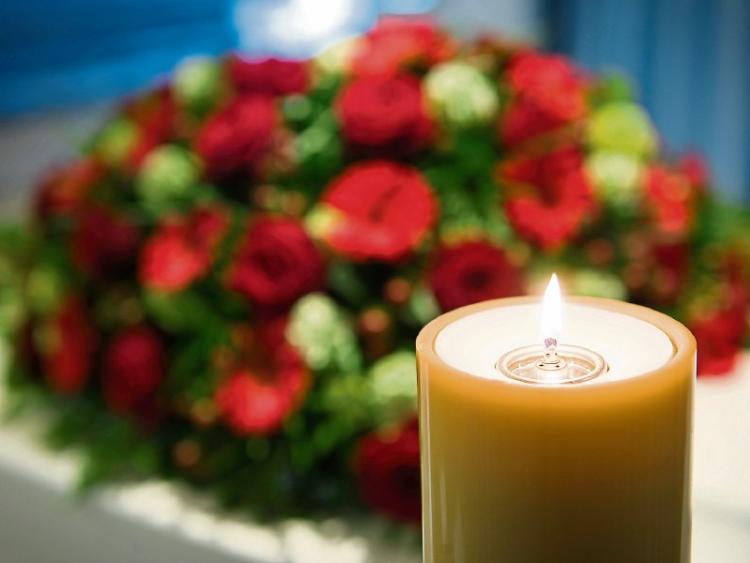 Requiem Mass on Monday at 11am with burial afterwards in Abington Cemetery, Murroe. Family flowers only. Donations if desired to the Irish Cancer Society.

The death has occurred of Maureen Murphy (née Dunne), Cappahayden and formerly of Greenpark, Limerick.

Maureen, beloved wife of the late Jim Murphy passed away peacefully in the tender care of the staff at Mowlam Nursing Home, Waterford. Sadly missed by her daughter Edel, son- in- law Con, grandchildren Kevin, Luke, Aaron and Kim, nieces, nephews and all other relatives and friends.

Reposing in Molloys Funeral Home Callan this Sunday with Rosary and Vigil Prayers at 4pm. Removal on Monday morning following Prayers at 10 am to St. Molua Church, Killaloe for Requiem Mass at 11am. Burial afterwards in Kilbride Cemetery Callan, Co. Kilkenny.

The death has occurred of Brian Holland, Breskabeg, Clarina, Limerick.

Reposing at his residence Saturday, from 5pm to 7pm. Arriving at St Joseph's Church, Ballybrown on Sunday for Requiem Mass at 12.30pm. Burial afterwards in Kilkeedy Cemetery.

Deeply regretted by wife Pauline, sons Christopher and Jason, daughters Sharon, Noelle and grandchildren, sisters Peggy Fahy, Helen Bowman, brother Tony, all other relatives, neighbours and a large circle of friends including all his friends in Tom & Gerry's.

Reposing at Cross' Funeral Home on Wednesday from 5pm with Removal at 7pm to St Joseph's Church, O'Connell Avenue. Requiem Mass on Thursday at 10.30am. Burial afterwards in Mt St Lawrence Extension Cemetery.