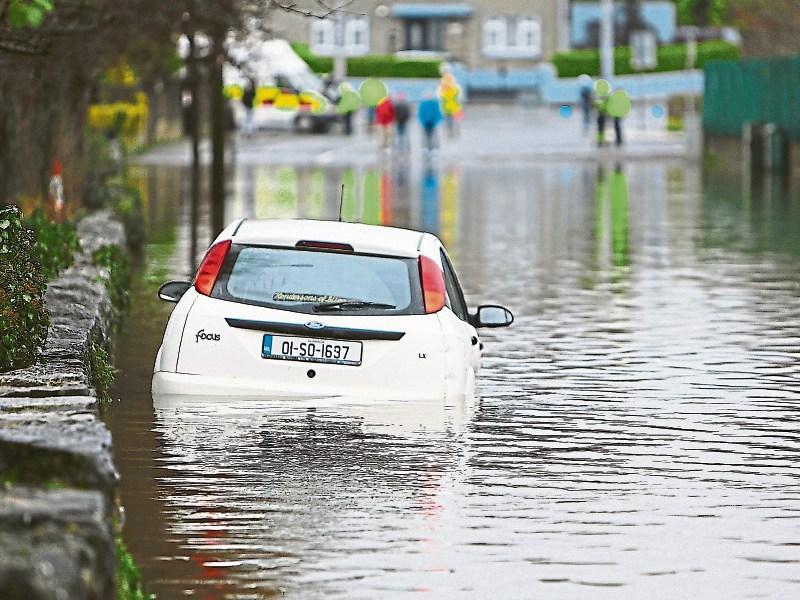 Several cars were caught up in the flood waters

More than a dozen houses in Richmond Park were flooded and a number of cars submerged in several feet of water by flood waters after the canal broke its banks at around 8.30pm on December 12, 2015.

Hundreds of homes and businesses in the Corbally area were also left without power for several hours after a local sub-station was flooded.

While Ard Scoil Mhuire narrowly escaped major water damage, the school was forced to close for a day due to health and safety concerns.

College Park Road was closed to traffic for more than 48 hours following the flooding which saw gardai, council workers and members of the Defence Forces all deployed to assist local residents.

Following the incident, which saw several feet of water flow into houses and at least one dog drown, separate investigations were launched by Limerick City and County Council and Waterways Ireland.

Both agencies have refused a Freedom of Information request from this newspaper seeking copies of correspondence between the two bodies in the aftermath of the flooding incident.

Limerick City and County Council has confirmed that several emails and letters were exchanged between senior officials at the local authority and officials at Waterways Ireland in the days after the flooding.

However, it says the correspondence are “protected by legal privledge” as High Court proceedings have been issued in respect of compensation claims.

Waterways Ireland has also refused to disclose details of the correspondence.

“I regret to advise that these records are the subject of legal proceedings” stated Caroline McCarroll, FOI Officer.

Neither Limerick City and County Council or Waterways Ireland have disclosed any details of the pending High Court  proceedings.