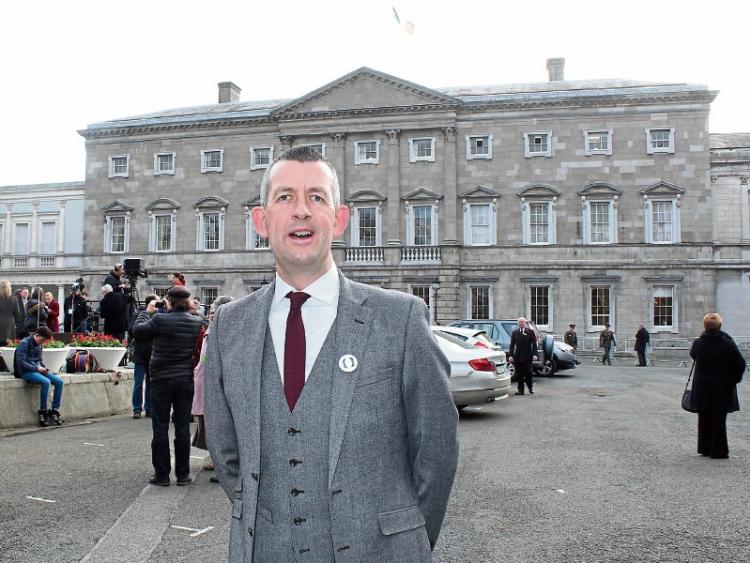 SINN Fein TD Maurice Quinlivan has described Budget 2017 as “another missed opportunity” to invest and “create a fairer economy”.

Mr Quinlivan, his party’s spokesperson on jobs, enterprise and innovation, said the minority government’s first budget “could have been about cutting the cost of living, improving our public services and delivering infrastructure".

“Instead we got a Budget with tax breaks for landlords and the wealthy while the health and housing crises are set to continue. €8m for landlords, €50m wasted on a crazy first time buyers’ scheme. €22m for a 2,000 people on a tax break for people inheriting homes. Yet the same people Last week in the Dáil Fine Gael And Fianna Fáil rejected a Sinn Féin motion for 24/7 care for those in need of treatment for mental health. It would cost €20 million to provide such care,” the Limerick City TD said.

He expressed concern that the Help to Buy scheme announced by Finance Minister Michael Noonan “will only drive prices up”, a fear also expressed by Labour TD Jan O’Sullivan, who said the ceiling of €600,000 “does not seem to be targetting the size and cost of the houses first time buyers would avail of”.

“It’s a bit worrying that the main cheerleaders on this are the Construction Industry Federation and the builders. It does seem to be something which could go into the pockets of builders rather than first time buyers,” the former Education Minister added.

Mr Quinlivan added there is “no provision” to abolish water charges, which are due to return after March, plus “no vision or plan for a better health or education service”, and “no real consideration of the demographic pressures that the country will face.”

Former Education Minister O’Sullivan added: “It is a bit of a catch-all budget, but it will actually change very little for any particular sector. The changes are all relatively small. Some of the areas which were particularly heralded like the childcare package was not a very big package at all.”

On this, the government has pledged to increase early years’ funding by 35% to €465m, and create a new single affordable childcare scheme from next September for children between six months and 15 years, plus a universal subsidy for all children aged up to three years.

But Ms O’Sullivan said: “It is only an extra €35m. Last year there was an extra €85m for the second childcare education year. So in actual fact, there was more of a change last year than this year.”

Meanwhile, Willie O’Dea – whose Fianna Fail party is facilitating the minority government – praised his party’s role in drawing up the budget.

He said: “Today, Fianna Fáil has forced Fine Gael to draw a line in the sand on its regressive budgetary policies. Without the influence of Fianna Fáil, in opposition, Fine Gael would have been free to continue with their right wing agenda when it comes to social welfare.”

He said it was his party which worked to secure a fairer deal for welfare recipients.

“While we did not get everything we wanted we did make some vital gains. I welcome the €5 per week increase in the State pension, which Fianna Fáil stipulated in the Confidence and Supply arrangement, and also the increase in other welfare payments,” he concluded.