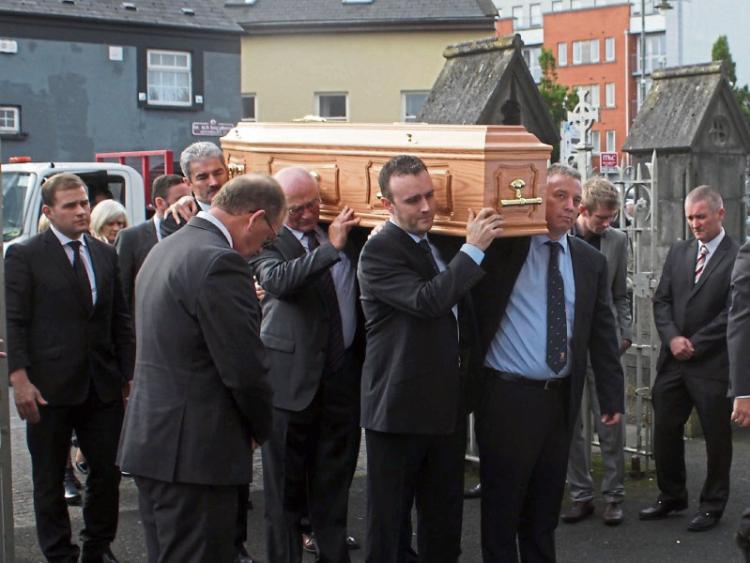 HUNDREDS of mourners turned out today for the funeral of much-loved former Limerick school principal Martin Wallace, who died last week after a battle with Motor Neurone Disease.

The sombre tones of a solo flute greeted the Castletroy College principal’s coffin in St Mary’s Church, Athlunkard Street, where the funeral mass was celebrated. 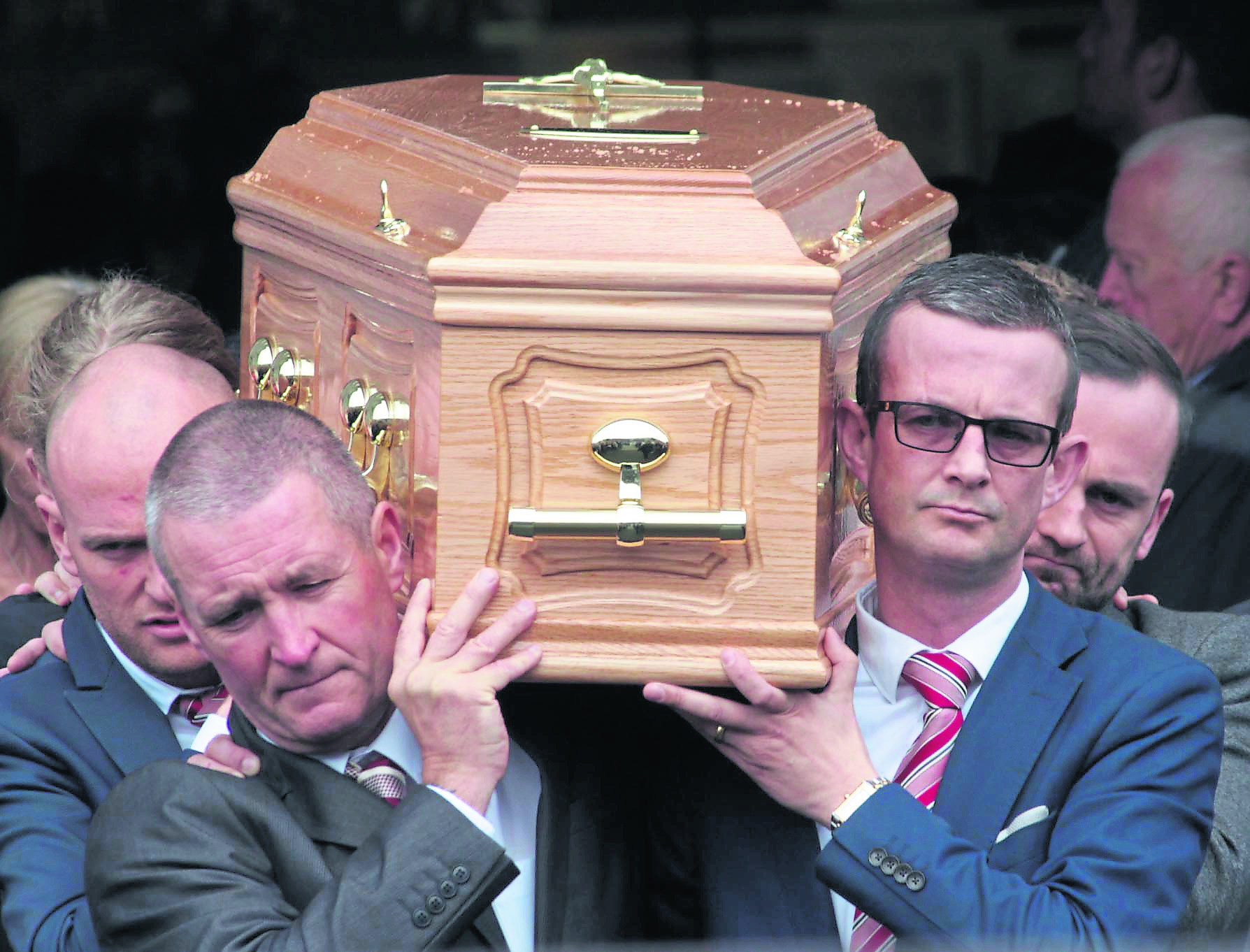 “Dad battled a tough illness and he died with dignity and grace,” he said.

The founding principal of Castletroy College, he is missed by “the love of his life” Geraldine, and their three sons Eimhin, Cian and Martin.

“A chieftain has died,” said celebrant Fr Noel Kirwan, a relative of the bereaved family.

“So much of what Martin did was about living life to the full — he did that to the end until he lost that battle,” he said.

The gifts brought forward included a family photograph and sports memorabilia from his clubs in rowing, rugby and golf.

A book of timetables were also brought forward, as he was known for his “planning and organisational skills”.

Martin’s son Cian said that he continued to do the timetables for Castletroy until this year, despite his retirement from the school a number of years ago.

Martin’s love for music was symbolised by the bodhrán that was presented at the altar, along with a photograph of the family’s first holiday in France over 30 years ago.

A journal of positive thoughts that Martin kept throughout his illness was also brought forward.

Fr Kirwan mentioned that there had been an outpouring of condolences from students who were taught by Mr Wallace.

“He was someone who looked at young people and saw potential and saw grace,” said Fr Kirwan.

“To him, education was all about growing up, and helping young people to grow up.”

Outside of his professional achievements, Martin Wallace used to row with St Michael’s Rowing Club and play rugby with Young Munster RFC.

More recently, he was a “keen golfer” at Castletroy Golf Club, and an “avid collector of music”, according to son Martin.

Of the family’s most cherished memories are those of summers driving through France, a tradition that Martin and Geraldine kept up, spending the past summer there despite his illness.

“A man of passion, with a deep sense of justice. He gave himself completely and utterly to whatever he was doing,” said Fr Kirwan.

Son Martin said: “Not only have we lost a father, but we have lost a best friend.”